HIStory: Past, Present and Future, Book I 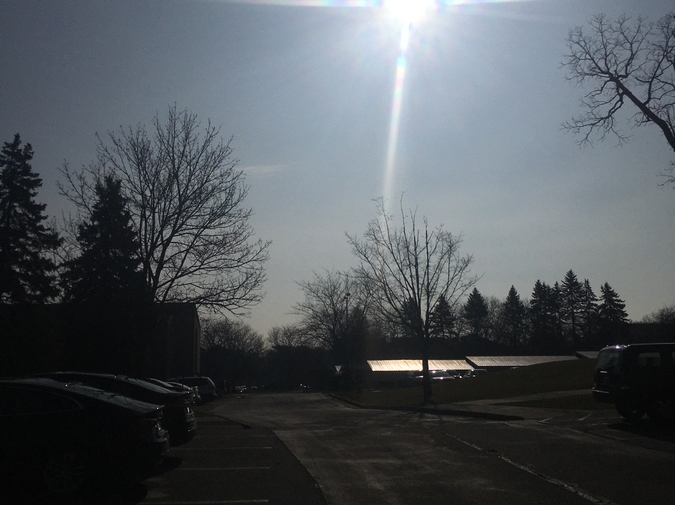 I attribute my apostasy to Michael Jackson’s HIStory.

I remember the time. I was eleven years old when my brother received the double-cassette on Christmas morning.

We were allowed to open one present before heading to church.

St. Barnabas was unnecessarily lofty for the Church of England: incense baked into pews, stained glass revealing the crucifixion and a righteousness that suffocated the humour out of the holiday season.

I took it all way too seriously. Feared damnation exactly like I was taught.

A life-size statue of Jesus stood in an enclave nearby. The self-belief in his stance recalled the monument of MJ on the album cover I’d seen that morning - all alabaster and glory.

“What have we done to the world?” I swear I heard him whisper.

I brought my mind back to the sermon, eyes to the front. In God’s house, He had complete access to my thoughts and fears.

A terrifying prospect for a boy waking up with unexplained erections.

Finally, He spoke to me. His voice faint, gentle, melodious.

But it wasn’t Him…

My brother was concealing a headphone in his ear. He’d smuggled his walkman in and had been listening to ‘HIStory’ throughout the entire service.

I panicked. My immediate concern was for his soul.

“I am here with you,” Michael sang, as if from inside a distant cave, a predicament not foreign to the Gospels.

Suddenly aware of MJ’s presence, I began to follow every word. I couldn’t not: such pop perfection.

I stopped hearing my own thoughts, my own prayers.

I tessellated with anxiety to the beat of ‘Tabloid Junkie’.

A smug smile cracked across my brother’s face that stated his position: MJ was more appealing than Jesus. Not a glimmer of concern in his expression.

His disregard for the wrath of God was thrust upon me like a new immune system to a leper:

It gave me… life.

Before the end of the service, my mum caught my brother head-bobbing. She confiscated the walkman but the damage was done.

That my brother was willing to risk eternal damnation, for a few bars of ‘Scream’, suggested that this religion thing might not be everything I assumed it was.

I shifted from Christian to Moonwalker.

Until he was also impossible to believe in anymore.

J. A. Hall is a filmmaker and writer based in London. His films have played at SXSW, London Film Festival, TriBeCa and others. Follow on Twitter: @llahsemaj