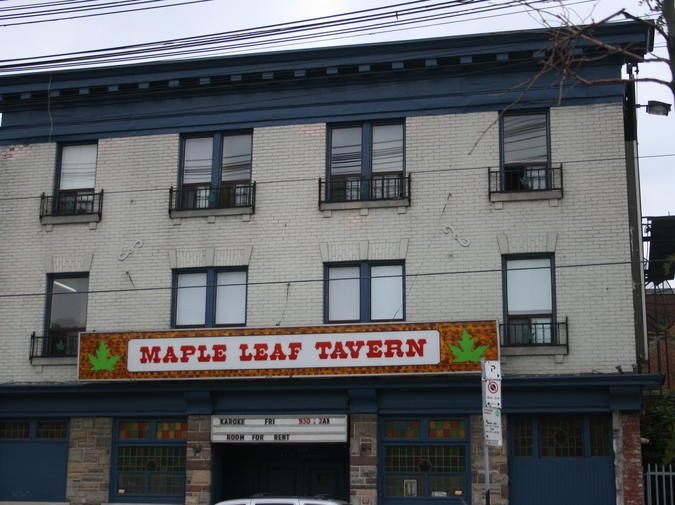 The thing about Canada is this. Ninety percent of us live within 100 kilometers of the American border. We have to. No choice my friends. Any farther north and things turn south real quick. Fleeting summers. Longer winters. And through it all the timbre wolves are never far away. Lurking in the shadows. Licking their lips. Waiting for their chance.

Which is no way to live. So we snuggle up close to the border. But living in the shadow of the beast ain't quite as great you may think. It has the feel of a cursed village in a medieval tale. A never ceasing dark cloud of static noise hovering just off in the horizon. Stunting our growth like nuclear winter. So of course our resentment bubbles away like a mulligan stew in the firelight.

Me? I hail from deep within The Great Lakes Basin. A small fishing village situated on the shores of Lake Eerie. Surrounded by rolling tobacco and cornfields. Across the water from us was Cleveland. To the east was the border crossing at Buffalo. The same distance to the west was Detroit. America was all around us. Inescapable. Suffocating.

The sheer accessibility of it. Curiosity brews. Avoiding it is unavoidable. People make the journey south often. As a kid the sisters of my father's wife or the mother of a classmate and her friends would drive to some obscure outlet mall off a freeway somewhere in rural Michigan. Oh the deals they'd squeal when they returned. Smiles from ear to ear. The madness of a day in a car still heavy in their eyes.

But it was worth it for the prices. Or the products we couldn't get here. They'd come home with stories of innocent smiles given to bored border guards while they wore two pairs of jeans under three dresses. The trunk of their car filled with Cherry Coke and flavours of chips we couldn't comprehend. Cheap rum. Meat. Cigarettes. Electronics. Cheese. Firecrackers and vicious looking knives. They'd hope to get waved through without a scene. Back in those days even the most unassuming small town mother was a first rate international smuggler.

And those same young mothers made the drive because of one thing. They were lured there by the goddamn television. Advertisements a window into your culture.  I remember when I was a kid. Before Mexican food was largely accepted here. I sat glued to the Fox affiliate from Cleveland. And in every single run of advertisements there was one for some shithole called Chi Chi's. They boasted about enchiladas and chimichangas swimming in cheesy sauce. Mexican fried ice cream. I'd sit there drooling. Wracking my mind. Wondering if I had the stamina to swim to Cleveland?

Of course I didn’t. So I kept on wondering. And watching American channels. Because when it comes to Canadian shows most of it is fit for the wood chipper. Without paying for cable you might get two channels. The local CBC affiliate and lord knows what else. Only the poorest of families suffer through that. So much like how most of the population lives close to the border. The same thing goes for our television. Ninety percent of it is American. No competition really. It's hard to make the choice to turn off a program that's funny. Or exciting. When the choices here are bland. Excruciatingly boring. And set in rural Nova Scotia circa 1850.

Now sure. I hear you. Over the years some decent shit has run down the shitter. SCTV and The Kids In The Hall and The Littlest Hobo and Trailer Park Boys come to mind. But it's not much when weighed against atrocities like CBC holiday specials jam-packed with every god damned ounce of Rita MacNeil. Or unfunny regional comedians whose own mothers don't know their names. Not to mention the quality is off. Like finding a box of your grandmother’s home movies from back when she identified as a flower child. A total bore.

But Steve, what about the radio? It has to be a bastion of Canadian culture no? And hell, you're not half wrong. They play as much Canadian shit as they can. There are organizations in place to protect such things. The Canadian Radio Telecommunications Commission (CRTC) for instance. One of their duties is to enforce Canadian Content percentages. A sad effort in preserving our culture in the face of the beast (America).

And there isn't a hell of a lot of CanCon to go around. We're a small nation damn it! So this combined with the requirements etches a couple dozen or so songs into the soul of every Canadian. Whether we like it or not.  Making it impossible to ever not sing along to shit like If I Had A Million Dollars and Patio Lanterns and New Orleans Is Sinking and Bus Rider and Sign of the Gypsy Queen and Life Is A Highway and fucking god damned Tom Sawyer every time you hear it.  And to me it begins to feel a lot like brainwashing. National pride the end result.

Which is something that's never made any sense to me. What's to be so fucking proud about? Like it matters any that your mama shit you out north or south of the 49th parallel. Neither is any better. We have all the same fucking problems. Obsessions and idiosyncrasies. Yet still. If I had to guess. I'd say that our favourite pastime here is shit talking. Laughing to each other how you're all a bunch of fat lazy gun nut Christian racist asshole cousin fuckers.

But that side of Canada is a fun spectacle in it's own god damn right. A reason to go out in public if you ask. Personally my hair stands on edge waiting for it. The minute some dumb hoser asswipe intellectual (or not) gets up there on their high horse. Spouting off. Acting like we're any god damned different. Maybe worse I say. What with being weaned on American envy. And the sound of the timbre wolves howling in the distance.

Steve Anwyll's novel Welfare will be published by Tyrant Books in 2017. He also runs the twitter oneloveasshole.