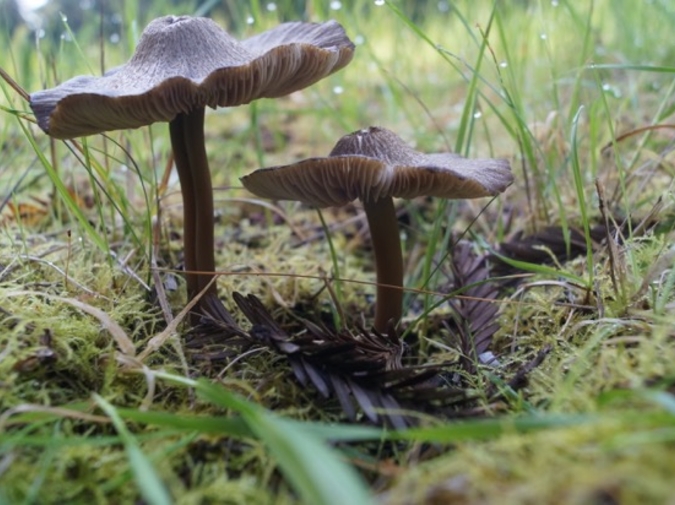 The one and only time I saw Herman French naked was when he was toweling off after a shower.  Herman was my bunkmate two years ago at Camp Thunderhawk.  He had the smallest penis I’d ever seen.  It was miniscule, barely visible underneath a surprising amount of curly hair.  The trunk was the exact same size as the mushroom.  I don’t know if having a small penis is like being short, where some guys can compensate for it by being funny, or if it’s symbolic, and having a penis that small actually means that you’re lacking something deep inside.  My second cousin Marcelle, she got fake boobs when she turned 17, and that made a show of her spiritual deficiencies much more than having small breasts did.

The most surprising experience I had was when I saw Herman one day at Squirrel’s, this pizza restaurant you had to walk about a mile from camp to get to.  He was outside on one of the picnic benches, and, I couldn’t believe it, but he was with Mandy Derekson, who was probably the prettiest girl in camp.  They were sitting on the same side of the table, and she had both her arms draped over his shoulders.  Mandy was so pretty.  I had been in love with her myself since the first time I ever saw her.  Everyone was.

Then they slowdanced the whole time at the Saturday night social, and my friend Silbersher told me they were boyfriend, girlfriend.  I hated Herman for that.  It was hard to believe.  Herman was a nice guy, but he wasn’t good-looking or funny and he was a terrible athlete.  The most notable thing about him was that he wore the same navy blue t-shirt every day, except this one time, when everyone in our cabin had dinner with the camp owners, this old couple named Joe and Sunny, and we had to dress nicer than we normally would.  Herman wore a polo shirt, and through the whole dinner he kept pulling on the bicep cuffs and complaining about how uncomfortable it was until Joe finally yelled at him to quit acting like a pansy and start acting like a Thunderhawk camper.  Sunny got defensive of Herman and told Joe to leave the little guy alone.

But everybody started treating Herman differently when he and Mandy Derekson began dating.  Even the counselors were nicer to him.  He was modest, though, and he never bragged or acted arrogant.  It almost seemed like he was afraid she would slip through his fingers at any moment.

This one night, I woke up because someone was tugging on my shoulder.  I turned over, and there was Herman, the hood of his sweatshirt keeping his face in shadows.

I got out of bed and put on my shorts, and walked outside with him.  One thing about Minnesota nights is they’re pretty cold, even in summer.  My teeth were shivering as we walked in silence towards the little beach area.  I could see the twinkling light of Camp Thunderhawk for Girls on the other side of the lake.  I’d been so thoroughly trained to appreciate nature that I commented about how pretty the full moon looked shining on the water.

I was so jealous.  “This is the luckiest thing that will ever happen to you,” I said.  But then I looked at Herman again, and I noticed that he was letting out a long slow breath, something our counselor taught us to do when we were feeling uncentered.  At that moment, I remembered.  Not that I ever forgot, really.  It wasn’t the type of thing you forgot, but I never considered it as an individual fact after that one day in the shower.  It had just blended with everything else I knew about Herman French.

At that moment, though, I stopped envying him.  I wanted more than anything to say something that would make him feel better.  I put my hand on his shoulder and squeezed.

Eric Rosenblum's writing has appeared in Guernica Magazine, Washington Square, the Chicago Tribune and Playboy.com.  He has an MFA in fiction writing from Syracuse University and he teaches at Pratt Institute.