HARD TO BE A GOD 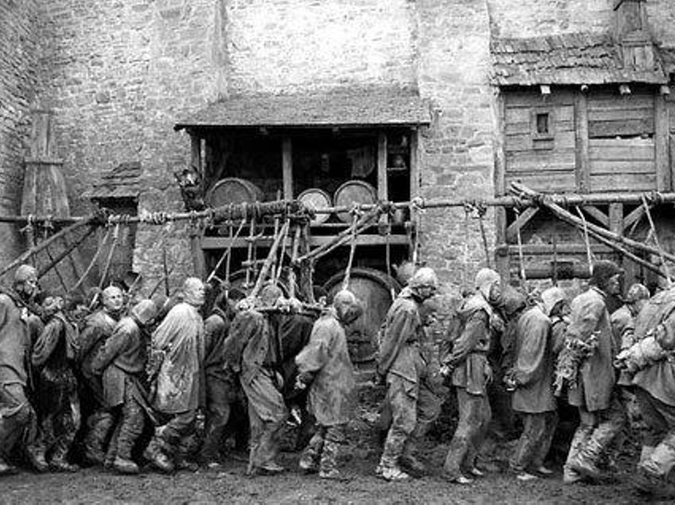 I’m jealous music isn’t plunked by the confinement of its logic upon the ears. We need to have been formed in rows to grasp writing, but should heave ourselves instead onto pointer sticks, because not even the best cursive transcends the universal applause of a chalkboard. We still manicure that screech. Much lit emulates the primetime. We’re living out the million dollar gelatin of original sin. Lawyer patented boilerplate is the academic style au courant. This hokey guild of philanthropic enterprisers launched a fresh means for slapping the artist with degrees. White guilt went online to become a genre. Christians domino exorbitantly under their disguise. We suffer a lunacy for resolving things. We’re each the other’s subjected banality in print. No one’ll waste their panties on a bard unless they agree to solve skid marks for the world. Meanwhile, any flake who can carry a tune owns the airlines. Yeah, yeah, foul your vowels and the group won’t tout you, laterz babe. It's an internet domineered by snippy tariffs. I need a sad violin here before I kill its player. Before everyone joined the bomb squad with their pussy, diffusing expression through accessibility, before they put some range on one’s veto, before we were swiped into a congress, before ignore was even a button, there stood our candid grammar, fugitive from candidacy, servicing the citizenship to groom their goods, lessons setting nary an ass into motion, now more modems set to cream. Again, not caring that the positive steps culture takes are always merely cosmetic (I did, in the aughts, drive my naïve picket favoring the existence of anyone’s rights, and such crucial strides we achieved - by that I mean none at all), I’m quite content about humanity lurching over the sexual grenade of its own promise and totally deserving to be eviscerated up the stall (if you’re not dead yet, I’m a little peeved). I just like to mimic, ala Michael Winslow, the soundtrack of an over-priced bullet whooping from my ear to the page. Want for death is the only thing worth repeating. Not to be selfish with mine, I hope to establish an inclusionary range for the ballistically traumatized. There is no way to coherently delineate our grotesque and pointless nature without first unpausing the fracas to add another layer of customary shrieking. There’s more dot dot dot than voice anyway. We amount to our spankier sarcasms. Sarcasm is evidence that our time alive has been overkill. We don’t bother to coalesce unless some doctrine rewards us. Hard to be a God (think Zulawski paced against the camera-conscious Russian Ark) sums us up by our snot quite accurately. In all permutations, charging down the sprinkler of our cheese, porta potty planet to the muds we tolerably confine, homo sapiens (narrow sapience) were tripped into being. Say we’re sorry!

PS – Why not end so poor a life, so bemoaned a lily-livered station, exempt from starvation and other fun crafts we massively excel at, says the righteous dunce now in his heyday, mistaking this puerile (you're a child if you don't spend steep) misanthropy (any astute world witness is some percent misanthrope) for criticism. To criticize humanity implies it might ever be improved. Our only suggestable edit involves extinction.