Go To The Ballgame 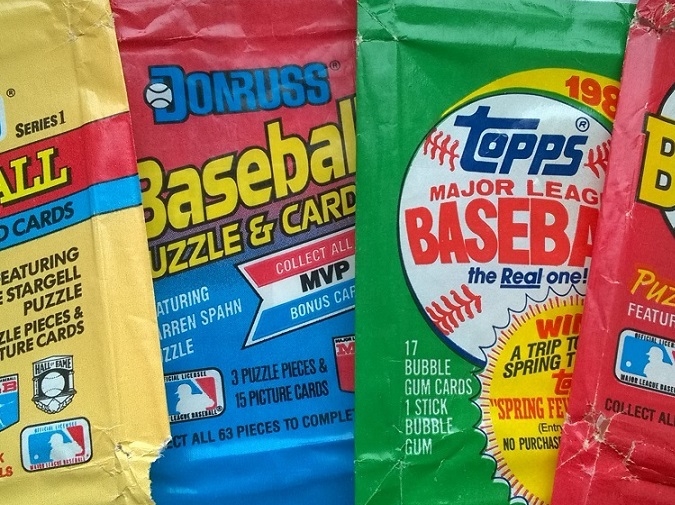 When you’re sad, you go to the ballgame. Gary knows this. There is a baseball stadium one block away from his apartment, and on certain nights, waiting for sleep to drill him down into his mattress, he can hear the crowd’s distant chanting like the swell of an ocean, like the first hopeful throes of a cataclysm.

Gary sells discount appliances for a living. He has a wife, two daughters, and a butter knife of sadness wedged dully between his shoulder blades—a vaguely gnawing, chipmunk-like sadness, too small and burrowing for him to ever grasp and properly extricate. It is Tuesday afternoon, although the light falls with a suspiciously Sundayish slant. Gary is on his way to grab a beer when he encounters his youngest, Emily.

“I’m depressed,” Gary tells her. “Joy seems finite and ever-diminishing in this world.”

Emily is 4-years old. She pats him gently on the knee and asks for a cookie. Where is my youth, Gary wonders, Where is my wife? His apartment is tiny but labyrinthine, and he can go for hours without encountering his spouse. He thinks about this. He thinks about distance in a molecular sense, like that which exists in the difference between a sea sponge and a kitchen sponge.

Weeks pass. Gary and his wife Sharon are lying in bed. Distance, he remembers dimly from a high school math class, is also infinite: an eternity exists between any two points. You could spend forever chopping that space in half. He’s a little drunk. He tries to poke Sharon’s arm, and he succeeds. She puts down the book she’s reading and sighs, “Gary, please.”

So much, then, for infinity. Gary slumps into the sheets. He hears the long-off rumble of the stadium, a vibration so subtle it could be coming from within his body, could be the swish of the blood rallying through his own head. He knows he needs to go to a ballgame.

The stadium’s concession area is windswept with garbage, but the ceilings have a cathedral’s airiness, as if you could pray here. (Pray to what, Gary wonders.) It’s as if the world has ended. Abandoned plastic cups swivel along the concrete while people stand blinking and exposed beneath the skylights.

Gary nods, distracted. He would like to eat 50 hotdogs. Emily waddles happily beside him, while Sharon remains always a few steps ahead, her arms crossed, making an effort, it seems, to keep her face tilted at an indifferent angle.

More than half the seats are empty. It’s another Tuesday that wanes like Sunday, and uniformed officials slog through the field, hosing off the bases. Gary and his family wait, flies driving at their faces, the surrounding crowd listless, until the players emerge. There is exacerbated applause before they rescind back into their dugouts. More officials skitter onto the field to rehydrate the bases. It seems imperative that the bases be hydrated, but Gary is not sure why—he thinks flimsily of a baseball-themed garden, bouquets bursting from the first base’s dirt mound, and suppresses a laugh. He doesn’t know much about baseball, and he decides he’s going to get very drunk.

Sharon frowns at him as foam sloshes from his beer down his hand, down the hairs of his wrist. He likes the crinkle and flex of his cup’s plastic, the sensation of summer and stickiness. Tina thumbs at her phone, glancing up to release the occasional moan of despair. Emily smiles and writhes like something larval in her seat.

The players are back on the field. These men, Gary senses, are like samurais. He’s been watching a lot of samurai movies these days, wrapped beneath blankets in the late afternoons after work, and he can see clear similarities, the starved honor and pride. These dusty athletes, pushing their limits with only the dregs of an audience watching, will never “go pro.” They are superhuman, far beyond the reflexes and talents of the average spectator, and still—they are not superhuman enough. So they perform their minor league duties for a meager salary, as the samurais, already obsolete, fought and bled for their daily portion of rice. Gary’s eyes bristle with sympathy. Surprised, he wipes away tears.

When he returns to his seat with his fifth beer, he discovers Sharon and his daughters have moved to a row far above his. Sharon will not look down at him, and Tina’s face is expressionless behind her phone, but Emily waves.

People begin to drain out of the stands. The athletes, content with the tedium between plays, continue stretching. Gary settles back into his seat, gets comfortable with his beer. All around him is a vast geography of strewn trash and deserted seats. His face is coolly shadowed, while higher up, where his family sits, the last slash of sunlight retreats. It gives the stadium the look of a hole he’s plummeted down, and for a moment before the game resumes, it really is as if he has reached the uncharted bottom of something: the deep cut of a canyon, a gouged ocean abyss, or else just the pipeworked secret of his own slogging heart.

Nathaniel Duggan lives in Maine. He can be found on Twitter @asdkfjasdlfjd.