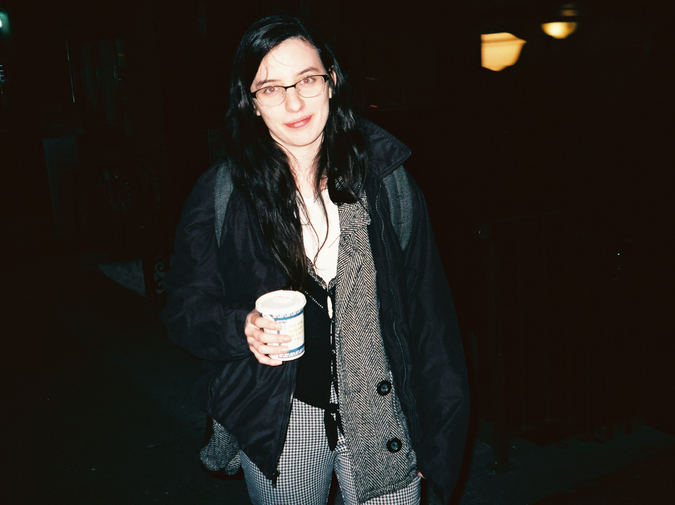 Love from an addict is colossal and terrifying, it is hypnotic and suffocating, in the best way and in the worst way. It is having someone look at you like you are their savior, the only thing that exists in their world. It is embodying the song they listen to on loop for weeks and the work of art they stare at in the morning when they wake up.

I loved you until the very end, a complex love imbued with pain and confusion. My last week at school — before I knew it was the last week because the pandemic forced it to shut — I drove every day. I drove to Hastings, I drove to Beacon, I drove to Tarrytown, I drove to Peekskill, I drove to Ossining. My tire exploded on the Taconic State Parkway, as if to warn me I had driven upstate enough times. My music was so loud that I didn’t hear it, but I smelled the reek, and I felt the car bounce like it were a sinking ship. I pulled over, got off at the next exit, which only brought me to another highway. I called you and you’d answer and I couldn’t hear you. Everyone passed me and I had my hazards on. I ended up in Pleasantville. I dropped it off at an Auto Zone for an hour and worked at a cafe. I started reading Ottessa Moshfegh’s My Year of Rest and Relaxation again, visiting this girl in her hibernation. I talked to the barista about metal and journalism. I loved you, but I felt untethered and grateful, like I was on the run, going only where people didn’t know me. I was slowly becoming different from the person you knew, the person you loved and owned like a dog.

Things were only on the verge of getting complicated. I sensed changes coming, like I were at the top of a cliff, waiting. All I could do was drive. I waited for your texts, but they grew rare. The night we broke up was the last night I spent in my bed at school before leaving. I didn’t know I’d never sleep in that bed again.

Slowly, I collected all of the shifts that occurred in you, and I made an inventory: You retired your backpack, your dog died, your old job went out of business, your room was stripped, you cut your hair, you made new playlists with new music, you didn’t steal anymore, you didn’t hate cops anymore.

My writing professor said to me that in order to get better, you had to dismantle the person you were, because that person was killing you. I kept wondering: Why did a killer love me?

I feel guilty on Graham Ave, seeing someone new. I listen to “Falling out of Love with You” and “Falling in Love Again” to track my progress. I lean on the windowsill with my elbows and watch the people walk by. I’m naked, and I wonder if anyone knows, but no one’s looking. In my art class, my professor talks about Yoko Ono and the way she began making art to feel seen. Music was not a tangible thing, and she wanted something solid so people would notice her. She wanted her physical presence to be acknowledged and addressed. He comes in and tells me I’m like a cat. He lays me down on his bed of muted floral sheets and makes me come for an hour with his hands. He tells me about the time he went to Prague when he worked as a photographer for a Yoyo brand. He’d go to tournaments and photograph Yoyoists (Yoyoers?) yoyoing. He says that he’s impressed by the way I drank six glasses of liquor and didn’t throw up the night before. My head is in a fuzz and I feel sensitive but everything has a clarity to it. I look at his white, rough-textured walls and tell him I want to paint them on a canvas.

From his bedroom floor I paint the corner where his bed meets the wall. I use whites, warm grays, reds, pinks, and yellows. He digs out an old box of art supplies and hands me acrylics and watercolor brushes. I feel bad whenever I request something from him — a cup of tea, food, a kiss — but he always smiles and gives me it when I do. He has a look in his eyes that’s something like love, but he just loves that I’m needy, loves that I make him feel dominant because he “can’t be submissive in any regard.” He loves hitting me and smothering my mouth with his tattooed hand. He loves that he’s 30 and I’m a college student, and he asks if I’ve done my homework and what lies I’ve fed to my mom to be with him in Brooklyn.

Later, he texts me: this sounds so weird to type but last night i had this stoned thought that if i found out i only had a short amount of time left to live i’d leave all my things to you

He adds: not sure why

and would care about my strange possessions

It hurts to receive affection and care from someone else. It hurts to be happy when you’re closer to death than I even know. The guilt is a ghost itself, and you’re a ghost on your own also — I’m haunted in many ways it seems. Our memories feel so distant and detached that sometimes I think I might be a ghost, too. They come in flashes randomly, and one hungover morning I cry when I remember the time we went to a zoo in Syracuse one winter. We took Polaroids of each other posing next to animals. A hazy photograph of an elephant stands out in my mind. Something about its blur gives it a heavenly clarity; it has the holy essence of a prayer card. The elephant casts a shadow that’s large and misshapen, and he stands alone in a landscape of greens and browns and blues and yellows. You were fascinated by the creature, and I think it brought some weird, unknown revelation to the both of us that is long gone now.

I begin to notice that I look at everything retrospectively, like I’m constantly narrating something that’s going to end. I think it’s because of you. When I get any news about you, I start grieving to get it over with; I think I know how this will conclude, and I think I’ve known for a long time.

Danielle Chelosky is a New York based writer who grew up on Long Island, attends Sarah Lawrence College in Westchester, and lingers in Brooklyn. She mostly writes about music for places like Paste, The FADER, and Kerrang!, but in her spare time she indulges in personal essays. She embarrasses herself on her Twitter at dniellechelosky.