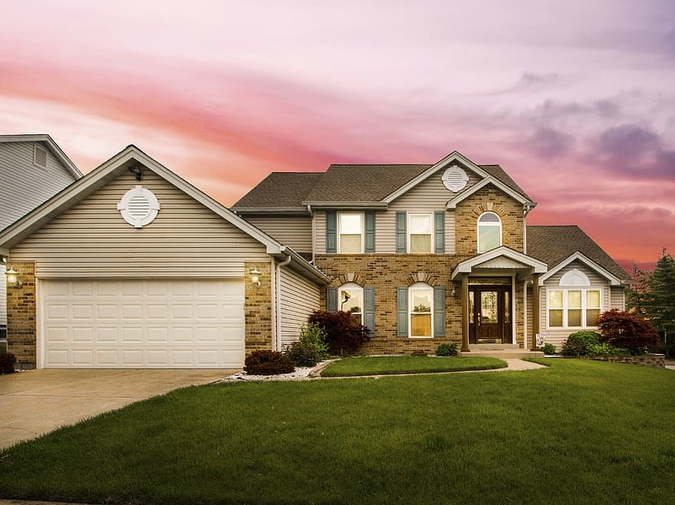 When my wife drives off without me, my first thought is that she must have made a mistake. She just forgot. People forget things all the time. Oops. My second thought, almost immediately after the first: No. She is making eye contact with me as she pulls away. She looks sad.

We were supposed to go to my in-law’s house in Ohio for the weekend. We packed bags and loaded the kids into my wife’s car. My car was parked behind hers in the driveway, so I just had to move it out of her way. Back up, park my car by the curb, hop into Louise’s car, and off we’ll go. But then she pulls out, makes eye contact with me, and drives off down the road.

My third thought, all so fast I could win a thinking contest: no accident; she is leaving me. That’s why she looks sad. And she’s taking the kids. And I have to follow her. That is my fourth and final thought: follow, now. I jump back into my car before my wife makes it to the end of the street. As long as I can see which way she turns, I can follow her. She turns left onto Washington and by the time she gets to 8th, I’ve caught up to her. She takes a right, and so do I.

I call her on my phone, but it goes to voice mail. I say, “Honey, I’m driving behind you and you seem to be driving away. Where are you going?”

The only good explanation is that she’s really just leaving me. Why right now? Has she been planning this for months or did the idea just come to her as she was backing up past me, watching me standing there, a living statue of small failures. I know Louise wishes I were slightly more of everything. More ambitious. More successful. More attractive. More helpful. I think I’m quite helpful, but on this matter we are not in alignment, as she would say.

She takes a left onto a main artery and for a second she almost loses me in traffic, but I dodge in and out of cars until I’m behind her again. Louise is not a crazy driver, not with the kids in the car, so it’s easy enough to keep up with her.

I try calling her again. She doesn’t pick up. So I text her, “Don’t do anything risky with the kids in the car.”

She texts back, “Don’t text and drive.” I tell her that all the time. She’s throwing my own words back in my face.

But she’s right. I toss the phone in the passenger seat.

She clearly knows I’m following her. Up until this moment, I could have pretended she just forgot me and had not yet realized it.

We hit a yellow light and she speeds up, something she would never normally do. She’s trying to throw me. I gun it and enter the intersection when the light turns red. I look around quickly to make sure that there are no cops.

I pull up next to her. She looks over and shakes her head. Again she has that sad, maybe tired, look. Somehow even this is disappointing to her, like if I was doing my job right, I would just let her go. I try to wave at the kids, but the youngest is asleep and the other two are looking at screens. I don’t allow screens in my car. In this, Louise and I are also not in alignment.

She takes another left and I realize she’s heading for the freeway. She’s not going to her parents’ house. I look down at my gas gauge: it’s just under half full. I realize my real dilemma. I can keep following her forever, but who has more gas? If I run out of gas or have to stop, I will lose her. I truly have no idea where she’s going. But if she has to stop first, I will be able to talk to her and, maybe more importantly, talk to the kids. They clearly have no idea what’s going on.

Or do they? What if she told them she was leaving me and they were completely indifferent? Who needs Dad if we have Mom? Oh my god, what if they don’t care?

Now I really have to make sure I get that chance to talk to them.

If Louise was planning to do this, she would have filled up her tank yesterday on the way home from work. If it was entirely spontaneous—and that’s not an impossibility, as she is a fiery and impulsive person—then she might well have less gas than me. She hates filling her tank. She always waits for the last minute. She has run out of gas several times. Usually she waits until I’m in the car so that I offer to do it for her. I almost always have more gas in my car. I don’t like my tank to get too low because I don’t feel I can trust the gas gauge. When it gets low, do I have 20 miles left or 100 miles left? Why take that kind of chance?

Louise swerves at the last second onto a ramp to merge onto a different interstate. I think she is trying to lose me, but because I am giving her a respectful three-second space, it’s easy for me to make the same turn. She tries speeding way up and slowing way down, but I keep the same three-second space. This may be a car chase, but that’s no reason not to be safe.

She must realize she’s not going to shake me, so we settle into the long chase. One of us will run out of gas before the interstate runs out. She sets her cruise control for five miles over the speed limit, which I hate. Why not just drive the speed limit? I send her a text, suggesting as much. Either she isn’t reading my texts or she’s ignoring them, but her speed doesn’t change.

I use this straight stretch to think things through. Have things been that bad? Has Louise been that unhappy? In all honesty, it doesn’t seem like things have been different. She has seemed neither more happy nor more unhappy than any other time in the past fifteen years. She works hard, like she always has, and she is sometimes short with me, but not so much so that I would suspect great unhappiness. It seems like her anger and her unhappiness has been on the same low simmer for the past decade. We haven’t had sex in the past six months or so, but that’s because I was sick most of the winter, a chain of small colds that never seemed to let up. When I wasn’t sick, Louise was tired. We spent more time talking about the kids than ourselves. But isn’t this the nature of a fifteen-year-old marriage. It isn’t perfect, sure, but it is fine. No?

Maybe not. Not for her. But if so, I only wish she had said something to me rather than driving off. I weave into the fast lane and pull up next to her. She looks over at me. I try to mouth this new revelation to her: Can’t we pull over and talk about this?

She just closes her eyes and looks tired. She shakes her head and pulls in front of me again. I look down at my gas gauge. I do some mental math. At this rate I will probably have 100 to 150 miles left. Plus however much this car gets once it hits Empty. I don’t know.

So I probably have two more hours before I lose.

But then Louise changes her tactic. She starts to speed up. She had been going 75 mph, and now she edges up to 80. I stick with her. So she pushes it to 85 mph. She knows I don’t like this. She moves to the left lane because she’s beginning to pass other cars. She is up to 90. I’ve never once gone that fast with the kids in the car. Neither has she, probably.

Then I realize what she’s doing. She’s only going this fast because I’m behind her. She’s sending me a message. If I stop following her, she will slow down, but as long as I’m there, she will keep driving at these crazy speeds.

All I have to do is stop.

So what? What will happen if I lose her? She can’t disappear with my kids forever, right? At some point she will have to come home or at least take things through legal channels.

But I also know that if I don’t keep up, if she takes off with our kids, I will have lost a battle that I didn’t know I was engaged in until just now. This morning I was happily eating oatmeal and reading the news on my phone. If I don’t keep up it will mean, in a sense, giving up on the marriage and our kids. I can’t do that.

But I do I give up. I slow down, all the way to 70. I pull into the slow lane. She speeds away. I will get off at the next exit. I will turn around and drive home slowly. I will start looking for a new apartment. I will trade my life for another life, my loud loneliness for a quiet loneliness.

I think about calling the police, but what would I say? There’s a woman driving 115 mph on the freeway? That this woman stole my children? But that’s not right. I don’t know what Louise is doing, but she is a great mother. I don’t want to give anyone the idea that she is the kind of woman who would kidnap her kids. Or drive too fast.

Jeffrey S. Chapman is a fiction writer and graphic novelist living just north of Detroit. He is an associate professor of creative writing at Oakland University in Rochester, Michigan. He is working on a graphic novel and his short stories and comics have been published in journals including South Dakota Review, Black Warrior Review, The Florida Review, and Cutbank. He is a recent recipient of a Kresge Artist Fellowship and a Sustainable Arts Foundation Award.