from This isn't really about fishing 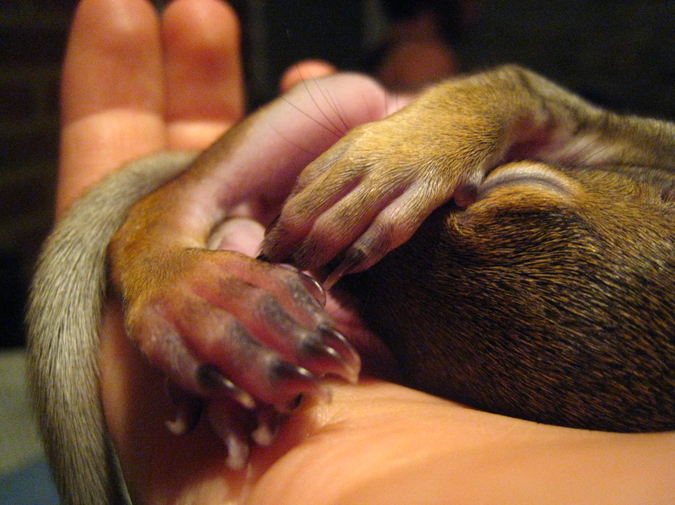 When Rob sent out pictures of Sophia, innocuous prints of her at a bar or a party, he found himself getting pictures in return. These pictures he got were never family portraits or pictures with friends or even the obvious self-taken headshot, but instead he received a slew of penis shots. When Sophia refused to send naked pictures, her friends would say such things like, “Let me give you some motivation” or “Maybe this will help.” The first time it happened, Rob didn’t know what they meant and unknowingly opened the picture file they sent. When he found himself faced with a penis, he started giggling like Sophia as though he had never seen such genitalia before despite having a penis himself. His own penis had never been disconnected from the body like that. These were solitary penises that existed separated from a face or a person and just hovered there, on the screen, erect. Furthermore, he wasn’t sure what emotions these images were supposed to illicit. While Rob was certainly attracted to females, he envisioned Sophia as a heterosexual being who not opposed to the male body, but it wasn’t though she was sitting there and longing for penis and penis alone. What she wanted was something greater, something a full body shot that included the face would not even capture.

The big hairy hand around the little penis. The reassuring thing about all of this was that these men were most certainly not lying, because if they had been lying they would’ve found bigger and harder penises to model. Yet they were proud of their little erections for her, they bragged about their achievements and asked if she was turned on yet and if there was anything they could do to turn her on further. Sophia replied flirtatiously. She wasn’t ready to reveal her body, in that she still had not attained a body, but she didn’t want these men to leave despite their shriveled dicks and their insistence on sending them to her. They sent them even after she told them she wasn’t in the mood, that dick pictures didn’t particularly arouse her in that manner. Eventually she realized it was not that they were trying to turn her on with these pictures, but rather they were turned on at the thought of her looking at the pictures and potentially touching herself. Occasionally she told them that yes, she was in fact touching herself, and their pictures were oh so arousing and she would just love to feel that inside of herself.

Rob had faith in the sincerity of these erections, certain that they were meant for Sophia and Sophia alone. That each penis had been carefully documented at the time of inflation and sent to her in trust. Sophia however, had become suspicious that many of these penises were not original. Perhaps they didn’t belong to these men at all, though she wasn’t sure who would want to steal such a small cock, or perhaps they had a default penis picture, the way an actor has a default headshot, to send to all the girls whenever such an occasion arose. She had no way to prove these suspicions. She deleted each picture shortly after receiving them, partially out of embarrassment and partially because she was honest in her statements of “I will never ever show anyone this,” though even if she were to show someone, it’s not like these dicks could ever be associated with a face and who knows if people even gave her their real names any way.

In turn, the men would sometimes become suspicious of Sophia. They asked to be friends with her outside the game, find her on other platforms that existed more in reality, but of course that was not where she existed. Rob made excuses for her. “Oh I hate social networking,” but it was unconvincing that someone who spent so much of their time on the computer talking to people that they had never met, hated social networking. It seemed as though it should be easy to just create a profile for her, but after completing the set-up, Rob realized that Sophia, with her zero friends did not seem to portray someone real, for real people always had friends or at least acquaintances. Even Rob had friends, though their contact with him was dwindling as he failed to return their calls and didn’t show up to parties.

“Did you get a girlfriend or something, man?” Alex texted, to which Rob had responded, “Yes, her name is Sophia.”

Thus, Rob was in the process of creating friends for Sophia. Friendship was a tenuous process. When said potential friends had bodies, it was no easier. At what point did a person know that someone was a friend instead of just an acquaintance? How many times did they have to hang out/call/text/drink/eat before they crossed that barrier? Rob would call all of Sophia’s male suitors friends, but wasn’t sure if she would do the same. Did receiving a picture of someone’s penis make them a friend? Rob had seen the genitalia of females that he would never call friends. Was the male genitalia somehow more friendly than the female genitalia? A person just couldn’t have friends either, they needed to interact with their friends. Sophia needed to go out with people, she needed people to comment on her pictures, to say, “You are so beautiful.” She needed girlfriends to say, “We need a girl’s night! Cosmopolitans!” How few friends could a vivacious and beautiful person like Sophia get away with having? It never seemed like enough and by the time that Rob shared her profile with her already existing friends, the ones from Clash of Kings, he had built a base of dozens of people. These people RSVP’d to parties that never happened, drank together, went to movies together, had drama. Her life appeared to be fulfilling and the men too, were relieved.

“I’m so glad you’re real they said. You are so obviously real.”

Sophia however, was appalled by the appearance of these men outside of the game. She had envision them as being handsome with chiseled abdominal muscles, a rugged 5 o’clock shadow on their faces. Hot stubble. But instead they were either shockingly thin or distinctly fat. There were pictures in which they wore sandals with socks. Some of them even had fewer friends than Sophia and their contact with the outside world appeared to be minimal. Many of them were unemployed, something they seemed to think was out of their control. Almost all lived with their parents, regardless of age. Rob lived in his mother’s house, but his mother didn’t live there any longer and this seemed to be an important distinction.

They were nervous to reveal themselves to her like this. In contrast to when they showed their dicks, they were hesitant to show their faces. Often, their face would be unavailable on their main page and Sophia would have to dig through the archives to find what they really looked like.

“I hope you like it,” one of the boys said. “I was nervous for you to see what I looked like because you’re so beautiful.”

Sophia wanted to be okay with their appearance. She told them it was fine, they were attractive. They didn’t need to be nervous. She was accepting of everyone. She didn’t care about the fat or the bones. They were so grateful that someone had finally accepted them. It provided validation for their suspicions that they were worthwhile human beings, that they were the nice guys that were overlooked for the assholes.

But she wasn’t okay with it, not really. It took a while for her to admit this to herself. The more friends she had, the more people that wanted to be her friend. And these new people were not the barnacles that existed on Clash of Kings, desperate for love, but the chiseled men that she had been looking for all along. She slowly logged on to Clash of Kings less and less. The men from the game continued to try to talk to her on other platforms.

“Hey, how are you?” they asked, pretending to be casual, but she knew there was desperation behind this attempt at contact.

“Haven’t heard from you in awhile, are you okay?”

“You’ve been busy lately, we should catch up.”

“I liked that new picture, what have you been doing?”

They always wanted to know when she had been doing, which was just another way of asking, “Did you find someone to fuck in real life? Why won’t you validate my little penis anymore?”

At first, she still responded and made up some lies about how she had been spending a lot of time with her friends, but eventually she just pretended that she wasn’t online, couldn’t hear them. She kept them as friends though. The way people tell stories that start, “I had a friend who-” despite no longer having contact with the supposed friend. It was nice. This perpetually, unneedy friendship like a plant that grew without water or sunlight. She needed all the people she could get. When it was safe and he felt as though he wouldn’t be detected, Sophia added Rob as a friend. He hid this from his ex-girlfriend. She couldn’t find out that Sophia was using her pictures. He was worried he would be detected, that somehow people would know that his relationship with Sophia was different from everyone else’s, but no one suspected. People were so trusting. He laughed at their naivety and his own cleverness. He amassed friends. He was so good at collecting things.

Tasha Coryell is a student in the MFA program at the University of Alabama where she spends copious amounts of time watching terrible television shows and eating pizza.