from the vault: The Exit Colony by Spencer Dew 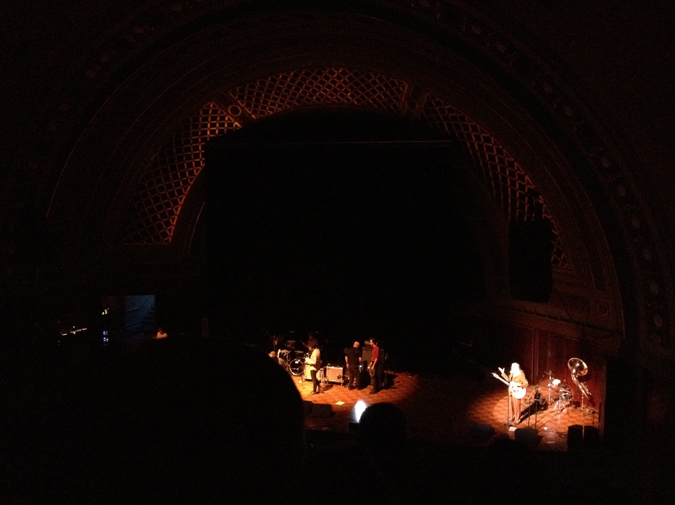 Spencer Dew was one of the first names I remember recognizing when I started exploring online magazines back in the mid-2000s.  What a memorable literary name, right? It wasn’t long though before the power of his prose usurped his name in my memory though.  Spencer writes in a way that makes me lean in.  I realized I could read a story of his quickly, and a concept or narrative would be satisfying in its own right, but if I focused and ran my finger along all the pale traces, the language would offer up something more rewarding.  “The Exit Colony” is a terrific example of that: it takes place in a setting that doesn’t exist in the world as I know it, but Spencer deftly convinces the reader of its reality. The story is couched in language that’s inventive without being pushy, and an interiority of the narrator that allows that rich sense of place to be just a jumping off point, instead of the meat of the story. It would be enough to show the narrator in this setting - a campus where people go to take their own lives - going through his daily routine, showing the reader how it is to live in this particular world, but Spencer takes the narrative further. He tells the story of an inhabitant of this colony who has become accustomed to the everyday atrocities, enough to be distracted by the love he’s lost to this place. One of my favorite realities of fiction is when you learn about an element of the story by watching a character ignore it.  It takes an artful voice to unfold a story that way. It also takes a careful reader to recognize what’s going on, and that’s one reason Hobart became one of my favorite literary outposts: the readers always seemed to recognize when the author was asking them to lean in, and they passed those secrets along like any respectable loudmouth should.

Last night I smoked the cigarettes you left behind, not hungry for some trace of you, just bored. Stars dangled like scalpels as I paced the late spring frost of the parking lot, exhaling the last of your stale, charred taste.
I dreamt, unexpectedly, of your sister, her throat, waking half panicked, confused as to the reality of events. I took a long shower, returned to the idea, feeling a spasm of slight guilt at the moment of release. Everything is a metaphor for everything else, as you used to say. Dating a poet is a hazard to consciousness. Things resonate that should stay silent, recede. I want to shuffle through the inanimate world; I don’t want that world to constantly and vigorously signify.

Shotgun blasts wake me, unusually close – an accident, maybe, or a hunter tracking something wounded all the way to the road, the cornhusk rattle of the morning traffic. I don’t even know what season this is, though I am nearly a native, now, to this place. On the walk to the bus, I pause on the bridge, contemplating the clarity of the water, how laminated it looks, chock full of mercury and PCBs, agricultural runoff, industrial waste. Last spring some kids went swimming and two, unintentionally, died. This is the sort of awareness I’m left with, in your wake, an acute sensitivity to associations. This is what I meant about sleeping with a poet, though maybe before I said dating. That was a poor choice of words.

The only other passengers on the bus are both riding back to the campus. An old guy, bearded, with a backpack, muddy boots – he reads the Upanishads, in paperback, lips moving, silent. A girl, early twenties, stifles her sobs, smearing last night’s mascara with a tangled string of tissue. Her hair is darker than yours, more tangled, but still, senselessly, unceasingly reminiscent.
The landscape presents its constant mix of pine green and wet stone gray, thick with the lager smell of the factory stacks. Past the gate and the guard station, the man gets off, heading up toward the trailhead there. The girl pulls the cord at the gas chambers.

First thing, I attend another funeral, the family gathered by the lake along with a smattering of administration representatives, one of the junior archivists, some students. Today’s sibling is a brother, adolescent, casting angry glances at the students, two of whom have actually brought their ropes, heading straight after this to the hanging seminar.
The clouds keep low, moving quickly, calligraphic. After the mourners shuffle up the hill, I load the flowers into a barrow, then pitchfork them deep into the compost heap. Recycling would make more sense, as there are two more funerals before noon.
The expected memo awaits me in my mailbox, its wording familiar. I am told, yet again, in formal, threatless language, not to fuck a patient. Fraternize is their word. Patient is their word, too. They haven’t used student for years. Privately, we on the staff say customer, but there have been memos about that, too.

When I get to the staff canteen, for lunch, three security guards are carrying a patient away, some guy who checked out handgun and wanted to break Rule One, taking other people with you.
I sit with Mendoza, who works the crematorium, and he tells me a customer tried to slit her wrists in his bathtub last night. “Me and my roommate got home from the bar, and there’s music, candlelight – this crazy bitch had dragged our record player into the bathroom, was sitting there, buck naked, testing her razor, slicing open bath beads. She begged us, man, begged us to let her stay, said she had it all set up so beautiful, and how nice it was to be so far away from the campus. Well what the fuck is the campus for, huh?”

I spend the afternoon in a rowboat, wrestling with corpse removal. The wind – laced with drizzle, hardening at the edges, straining toward hail – bucks the boat back and forth. I keep slipping back, landing on my ass. Twice I nearly fall into the lake.
The guy rigged himself with piano wire, a series of hooks through his flesh, a set of those lead weights used to shift scenes in theaters. He must have rowed out with the hooks already in, just flipped himself into the drink.
We’re beginning to get a kind of patient here with a competitive mindset, approaching to the situation like a contest, inventing new and creative ways. Three hours it takes to get this guy out, and of the pieces that come up there’s only one hand and no feet.

You, at least, were classical in the performance of what the administration calls dispatch. You were the sort of patient who comes out of the archives awed by history, sworn to perform the act gracefully, in homage to the glories of the past. The inherent romance is half of how this place stays in business.
Pills and red wine, a swim in the moonlight, newly impervious to the cold – all as crafted as your poems, as melodramatic and as useless as the silk scarf you left on my pillow. Not that I haven’t managed a use for it, or thought of a few more, some involving your sister.

The drag with this job: monotony. That and playing constant cameos in other people’s dramas, untangling algae from a bloated blue-white torso or reading myself described in your last, dumb poem.
Self-absorption is half of what makes a customer a customer, and that’s what makes this place abrasive – self-obsession and a need for an audience, from this guy’s excessive moorings to your choreographing the discovery of your body to coincide with my morning shift at the lake, arranging how you would float there, unscarred, unsullied, buoyed by your dead lungs. Graduated at last, as they say, your lips a saintly blue, your eyes still uneaten by the birds. You probably read up on bird behavior, charted feeding times, worked out the math for a picture perfect exit, like they promise in the pamphlets, the television ads.

I wait for his ashes as I waited for yours, both batches – with the exception of what must have been some dental work or a fake knee in his case – coming out pretty much the same.
Sameness permeates the place. The trees on campus have tiny aluminum tags, shiny as gum wrappers, stamped with species and genus. But after a while all I notice is the uniformity, that every tree is tagged, regardless of what it looks like, how it sheds or doesn’t shed. It’s that way with the patients, too – hence the memos, in endless, identical waves.
A nice guy wouldn’t work at a place like this, I told you, when we met, and you said, This place makes me feel at home, meaning, it is an extension of myself, my private stage, and you are but a bit player.
That’s the attitude around here. At some point it rubbed off on me.

After I clock out, I meet her, sitting on the steps of the machine shop, sucking a cigarette, massaging her arm. She’s predictable, like a roulette spin, only the minor details left to chance – that she’d turn up blonde, or a simulation thereof, with a slender, possibly reworked nose. There’s a little vomit on her shirt, which is turquoise, cut too low for the weather. She shivers, lights her next cigarette off the remnant of the last.
I’m in shock, she tells me.
I’m the groundskeeper, I say.
It doesn’t take much, usually one laugh, then they’re off, opening up, spilling out stories they’re only too anxious to tell – soliloquies really – starting with childhood and ending here, failed, as they say, but they also say, in some paraphrase of this blondish girl, whose particular failure is a collapsed vein: To be honest, it feels like a reprieve.

Her voice sounds like a distillation of all the voices before, flavored with a lingering touch of laryngitis. She retells an old, old tale. She’s going to take a little time off, study the archives, make sure she can handle her next attempt. She accepts my suggestion of dinner, in town, before I even make it.
Perhaps for her, too, the moment is a series of rote exchanges, long practiced, committed to memory. Maybe it’s true, what they say – what you said; what she will say, later, on my pillow – that I’m part of her destiny. Maybe all of a certain type of suicides wait for me, my appearance the final herald of fate, my hands on their bodies like jigsaw pieces pressing into place.
This one offers me a cigarette, and I tell her how the archives instill a real appreciation for tradition, form, and style. She tells me that this is the kindest place she’s ever known. The metal tags tinkle in the trees, and somewhere, a hunter, or a patient, fires a shotgun.

Spencer Dew lives in Chicago, usually as a student. His work has appeared in Cautionary Tale, Diagram, 3am Magazine, Word Riot, and others.