From the Vault: That Which Is Revealed in the Absence of Light by Elizabeth Ellen 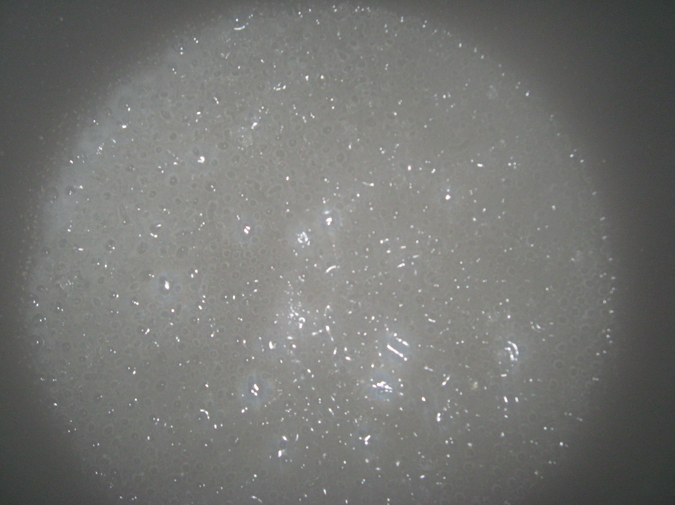 I don’t remember what the first story I read by Elizabeth Ellen was, but this story feels like the essence of Elizabeth’s work to me: a level of emotional truth that feels both specific and universal. Here, Elizabeth turns a domestic situation into a fairy tale, a fairy tale where the characters themselves spin more tales and reveal hidden truths to make it through the darkness. The heightened, almost baroque, language of fantasy works to reveal the true drama of the situation. It uncovers the situation slowly, with a subtlety that wouldn’t be possible without this additional layer. Elizabeth makes the lofty, moralistic claims of legends, and I am transported to a time when I felt confident trusting such declarations: “It is a well known but oft forgotten fact that children are unable to tell lies in the dark,” and “When two people share the same fear, it could also be said that they share the same wish. And if two people share the same wish, it’s bound to come true.”

I don’t know when Elizabeth and Aaron met, but I like to think of this story being at the beginning. It’s lovely to think of a relationship starting with the trading of stories and myths and legends.  Whether the people involved are writers or just trading histories, it’s narrative that binds us. Even if the stories you have to tell are fiction, it’s the emotional heart of your telling that reveals something about you. What an intimate and stunning way to begin.

That Which Is Revealed in the Absence of Light by Elizabeth Ellen (Hobart, February '04)

This was the night the lights went out. In a wavering second the whole house fell first dark and then silent, in mimicry of the rest of the houses on the block. Breaking the unsettling quiet were the shrieks and squeals of the youngest inhabitants, those who did not fear the dark but were enlivened by the vast possibilities it held. They found me in the shadows, came rushing to my sides, arms extended, reveling in the musical reverberations of their own voices amid the silence. They grasped and tugged at my sleeves, taking me captive, dragging me into their magical lair, where bears and tigers mixed with unicorns and narwhals in a utopian kingdom in which predatory instincts gave way to peaceful civilities.

“Play with us,” they, my captors, commanded. And I, unable to refuse them, began the gathering of necessary provisions.

We sat in a semicircle around our makeshift campfire upon their floor, the flickering candle offering little light and littler heat. The giant roamed the vacated rooms below us, misunderstood and neglected. With our gowns pulled tight about our crossed legs and our mouths sweetened with the squares of chocolate we stuffed neatly into them, we took turns telling the stories we saved for these darkened moments.

I went first. Mine was about two little girls – not princesses, but explores. This pleased them. They, in turn, relayed tales of panthers and spider monkeys – jungle menageries discovered in the deepest pockets of forgotten forests.

The house grew cold about us. The chilled air brought visibility to the words emitted through our dragon breath. Seeking warmth and comfort we crossed over the gorge that separated our rooms and climbed as one into my bed. I lay in the middle, pilfering their heat, a tousled mane on each shoulder. We pulled the layering of blankets and quilts over our heads and took turns conjuring creatures in the flashlight’s shadow until we could no longer breath and rose begrudgingly to the surface for air.

The youngest fell asleep first, her mouth agape in slumber, warming my arm with her baby’s breath. I watched as her eyes fluttered beneath closed lids, lost to me in her dinosaur dreamland. With a mother’s hungry heart I took her hand gently in mine, lifting the tips of her pink fingers to my mouth, bestowing each one with wish-filled kisses.

From the other side of the bed, from a distance both grand and insignificant, came the muffled sobs of her sister, of the one I had not myself bore. The sounds of her cries startled me. In the five years that had passed since the giant first introduced me to her toothless grin, I had seen her cry only once, after a mob of angered wasps had circled and attacked her trespassing legs. My heart opened wider to her and my arms followed suit. She turned neither toward nor away from me, but allowed herself to be held in my embrace.

It is a well known but oft forgotten fact that children are unable to tell lies in the dark. With adults you can never be certain. Some can, some can’t. It depends upon the retained permeability of their heart.

I waited for her cries to wane.

“Tell me your secrets,” I said, having never before thought to ask.

“I’m afraid of never seeing you again,” she whispered, her face turned toward the wall, fearing my response.

On the other side of the frosted window a For Sale sign stood stiff in the frozen ground. The giant and I had agreed to part ways. It was only a matter of time.

“Shall I tell you my secret?” I asked, dabbing her wet eyes with the back of my sleeve.

She nodded through a yawn.

On into the night we whispered, exhausting all our kept secrets and fears and wishes. We made promises that night, promises that we sealed with a needle’s prick, with the blood that oozed and mixed atop both our fingers. Later, our minds at peace, our bodies limp, we closed our eyes aside one another, lulled into sleep by the steady breaths of the youngest, the fearless of our trio.

Sometime in the night I heard the heat kick on.

This was three years ago. They watch the storms more closely now. With crossed fingers and hopeful eyes they watch and wait. They wait for the lights to once again be extinguished. They wait for me to call them to me, my voice guiding them through the darkness. They wait for a lone candle to be lit, for its flickers of light to illuminate our expectant faces, signifying the beginning of storytelling time. They wait, chocolates and graham cracker squares stacked neatly before them, lions and tigers at their sides, for me to tell them the story that begins, “Once upon a time there were two sisters, not princesses, but explorers. Into the deepest and darkest of jungles they trudged, hand in hand, unafraid.”

Elizabeth Ellen is the author of Fast Machine.