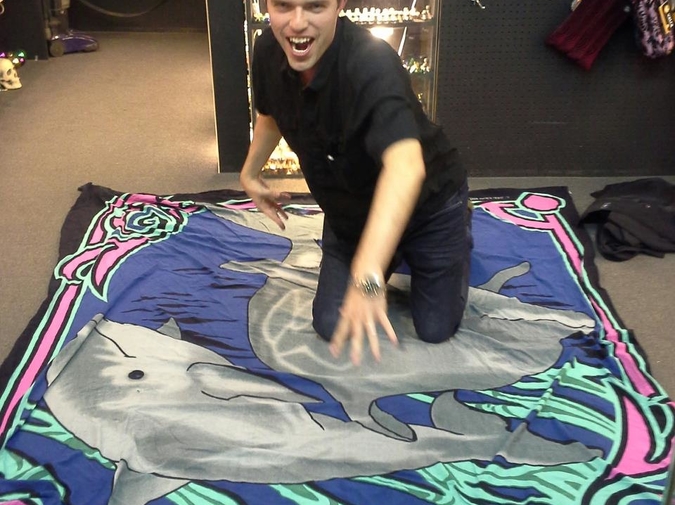 My Dream Job Is Stay At Home Dad, With No Kids

When I find something I want to buy at Goodwill, I will rip off the price tag and replace it with a cheaper price tag from a different item. Sometimes I switch the price tags of things I have no intention of buying.

On Father’s Day I went to a boxing match with my dad. I also bought him a t-shirt.

I want to take a hit of acid with Karl Malone’s face on it.

I know a person who says newsflash before saying something obvious. Newsflash, this person is annoying.

The Breakfast Club is like a horror movie with no killer.

I wish I had that type emotional resilience, that bullet-proof self-esteem that allows guys to indiscriminately hit on women and constantly get rejected and not feel bad.

When I was a kid I said orgasm instead of organism when I was reading from a science textbook. The teacher told me that orgasms and organisms were very different. I continued to confuse the two words throughout the duration of the school year. The teacher eventually gave up trying to correct me.

In middle school my favorite basketball player was Allen Iverson.

I spent 5 extra dollars to make my new key look like an old Western style gun. The paint scratched off it within the first week of living at the house.

Running in circles can be productive if your goal is to exercise.

I took adderall, then liked a lot of things on social media.

“Where does consciousness come from?”

we talked and ate donuts

she agreed and nodded her head rapidly

Cows sweat from their noses.

I learned this yesterday at work from a trivia game on my phone.

I was bored and my supervisor was in the next room.

Then my supervisor came in and asked if this was what they were paying me for.

The receptionist's mother brought Malaysian curry to work that day.

It was raining and people commented how it was a good day for Malaysian curry.

I might have learned how cows sweat in the third grade.

If so, yesterday was pointless.

-I can’t sleep in clothes with buttons.

-Because I'm afraid I'll swallow one.