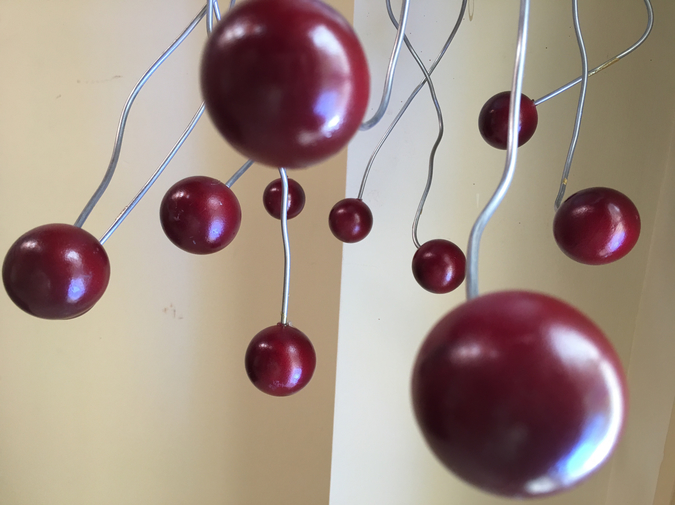 Postcard From The Coffin

Everything was fine until the flood. Now my suit is ruined, caked with mud, especially the buttons, which I love. I remember someone at the wake whispering, mother of Pearl. I never met Pearl, though I would like to someday: My dearest Pearl, my snarl of light... How they used to shine, these buttons, even in the dark. Like promises. Like opals buried deep inside the moon.

Sometimes, that dark specter we imagine loving us back through all the years grows so heavy inside us it’s hard to carry around, hard to even bear through the dream of the inside-out, where the wind whistles through the bones of birds choking on their own feathers, on all that once lifted them up and out, the dream where your heart finally grows so large it breaks through bone, muscle, sinew and skin to recollect whole and wet on the outside. And you have to go on with your life—to the office and the gym and the day-glow market in your bloody nightclothes, as if no one can see it beating you down.

And it came to pass, art went extinct. Still, we flocked to museums and stared into barren rooms. Look! Someone would exclaim. There’s a man rolling around on the floor, acting like an unbalanced washing machine, knocking into things and coughing up wet rags. Isn't it horrifying? Oh yes, excruciating, someone else would yell out. People wizzed in Duchamp’s missing fountain. They blew each other like whistles where L’Origine du monde used to hang. They wept under restroom signs for what might have been. They shredded their clothes, oozed from chandeliers. Entire floors wailed, cackled, threw their necks back so far, they almost snapped. One day someone said, Look, those red velvet ropes clearly symbolize our happiness, and someone else answered, oh no, our happiness clearly symbolizes those red velvet ropes. And thus began the gnashing of hair and the pulling of teeth that lasted for the rest of the unknown world.

When my children walk by, it will be like looking into the sun. Your children will have to bow their heads. My children’s eyes will be the color of electric blue icebergs. Their eyes will be actual blue diamonds. They will come with built-in security systems so your children won’t pluck the gems from their faces when they sleep. Don’t worry. My children will entertain your children. Symphonies from their cylinders! Poetry generators installed in their limbic systems. They will not need mouths. When the earth gets too hot, they will grow large and cold and ashen as Pluto. They will glow in the dark. And, in times of need, they will slice the bomb with their sentient hand.

Kristin Bock received her MFA in poetry from the University of Massachusetts Amherst Program for Poets and Writers, and where she currently teaches in the Business Communication Program. Her poetry has appeared in numerous journals, among them VERSE, Columbia, Pleiades, Prairie Schooner, The Black Warrior Review, Crazyhorse, Sixth Finch and FENCE. Her poems also live in the anthologies APOCALYPSE NOW: Prose and Poetry from the End of Days and THE MUSEUM OF ALL THINGS AWESOME AND THAT GO BOOM, both by Upper Rubber Boot Press. She lives with her husband in Western Massachusetts where they restore liturgical art. Bock’s first collection of poetry, Cloisters, won Tupelo Press’s First Book Award and the da Vinci Eye Award.