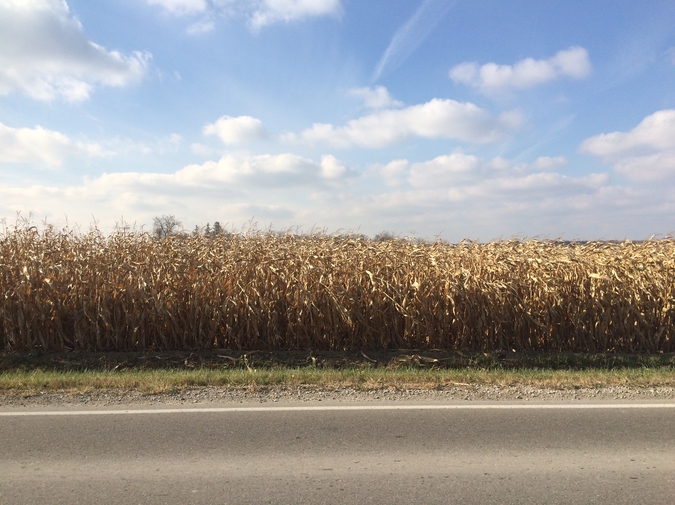 The game had been long and hard. Sweat dripped from the tip of baseball player Joe Panik's wooden bat as he meandered toward the locker room. One of Joe's strong hands crept up his shoulder blades to massage the ache from his muscular neck area. “Boy am I tired,” he whispered whimsically to himself – but tired wasn't all Joe was. He had arrived at the locker room door only to realize that both his hands were occupied – one massaging his muscular neck area whilst the other held his sweat-drenched wooden baseball bat. After a moment of consideration, Joe's hand that held the bat moved up to his powerful mandible. His jaws flew open like a pair of strong doves and he inserted the moistened wooden bat between his soft, glimmering teeth, much like a sexy pirate would with blade of steel whilst climbing a structure which required two healthy hands to climb.

The door swung open and Joe strode into the steamy hall decorated in tiles of orange and black. “Boo,” he giggled churlishly, referencing the Halloween colors for which his baseball team – the Giants of San Francisco – was so famous.

Within moments he tore his garments from his body. He was naked down to his jock strap and cup. The jock fell like a shot duck to the tiles of the floor. Then Joe plucked the cup from his junk – it was definitely more than half full. Joe smiled fondly at his genitals. Finally, he removed his lucky shuriken. He sighed in nude bliss.

Joe was about to step into the shower when he heard a sound – the sound of weeping. “I thought I was alone in here,” Joe thought aloud.

“Who is there?” A voice called from the steamy void.

“It is I, professional baseball player Joe Panik,” he responded hastily.

“I know who you are Hunter. We are on the same team – the San Francisco Giants.” He paused. “Are you okay Hunter?”

Hunter's feet shuffled across the wet, ceramic surface until he was visible to Joe and Joe was visible to him. His face was wet with both condensation and tears--as were all nine inches of his penis. Joe couldn't help but stare.

Joe assumed an expression of tenderness. “Come here big guy,” he muttered humbly. Years of training had turned his arms into very strong arms. They wrapped around Hunter’s skin-covered back. Hunter nuzzled his face into Joe's powerful shoulder and wept openly. His tears, pulled earthward by gravity, dripped across the washboard of Joe's abdominal muscles. Some were caught by the coarse dark hair emanating from the pubic region but others flowed all the way to the tip of Joe's amble package. They leaked from his penis head like water from a faulty faucet.

Pence's sobbing worsened and he shuddered violently in Joe's arms. Joe realized that he'd never realized how strong Hunter was before. He tightened his grip, struggling to hold his teammate down. “Shhhh,” his mouth said.

The shuddering worsened and Joe was running out of ideas as fast as someone running for home base. Suddenly he pulled Hunter's quivering lips to his own, pushing his tongue past the sad man's teeth. He closed his eyes and for four blissful seconds he brushed them with saliva toothpaste.

“What are you doing?” Hunter gasped as he pushed away from Joe. He was still red and shaking but at least the tears had indeed stopped. Joe's smile crept across his open mouth. Spit dangled.

Joe indicated Hunter's swollen sausage with the hands that Paul and Natalie Panik had given him. “Someone doesn't seem to mind,” he teased.

Hunter gazed down and began to blush. He turned around 180 degrees and attempted to cover his arousal with his five-fingered hands. Joe pursed his lips and took the two strides required to reach the bod of Mr. Pence. “What happens inside the locker room stays inside, Hunter,” Joe whispered. “At least . . . until you push it out,” he added.

Hunter couldn't help but smile at that. “I have always wanted to get to second base,” he muttered as one of his hands slid up Joe's thigh.

His fingers, much like the fingers of a bonobo around the branch of a tree or a phallic fruit such as a banana, began to curl and twist around Joe’s ever-more petrified cock “I see why they call us the Giants”, he slowly squealed. Joe bit down on his shoulder, imagining some kind of sex sandwich. He tasted blood. “Ow!” Hunter twirled, pushing Joe down to the slippery floor. Slippery with man sweat. There they spun for a moment, arms and mouths locked in a battle to rival Waterloo. Joe yanked down hard on the hard member of his buddy and as Hunter fell to the surface of the floor, Joe spun around to sit atop him.

“Don't move any of your immaculate and powerful muscles,” Joe whispered into the pale ear of his comrade.

Joe stepped over to the shelf and grabbed the wettest towel he could find. Years of locker room wars had trained him for this moment. “Roll over, bitch,” Joe said, just loud enough for Hunter to hear him. Hunter did as he was told.

“Grab your dick and pull it up. Then spread those legs.” Again Hunter complied with the orders with the discipline of a Shaolin Monk. Snap! The towel flew forth – the tip just grazing Hunter's balls. Hunter moaned and began using his heavily calloused hand to massage his leathery penis.

Again the towel snapped! “Oh master!” Hunter cried out in a primordial roar, and the thin grin that had been plastered upon Joe's face widened. Again and again he let towel fly as Hunter's testicles turned from red to indigo to black. Hunter's hand working vigorously at his rod.

“Close your eyes,” Joe ordered. Hunter complied. As he did so, Joe dropped the towel and wrapped his digits around the handle of his moist wooden baseball bat.

“Batter up,” Joe whispered with a sweetness that reminded Hunter of his mother but also forced Hunter's face into a puzzled expression. He swung. The swing was not so much a swing as it was a swipe. A brown shooting star dipping like the spoon of a god into the pale clam chowder of Hunter's groin.

Immediately the intensity of Hunter's furious jerking intensified. He cried out and veins on both his forehead and his penis could be seen by anyone with even one eye, like a Cyclops. Tears appeared at the corners of his closed sight orbs. “Strike one,” he managed.

The second blow caught him right in the left testicle. The pain flushed though him like an industrial-strength toilet, but so did the pleasure. The two were hardly distinguishable. “Strike two”, Hunter cried out, bolder this time. He licked his manly lips.

Hunter's rod still spouting a hot pool of 2% onto the locker room floor, he was almost too distracted to feel the steel-hard kielbasa enter his tight virgin anus. Almost, but not quite. “Ay caramba!” he screamed as he felt his piñata burst. Joe wasted no time and was quickly ramming at his teammate like a battering ram of olden times, yearning to open the gates of some walled city or fortress and take from them both dignity and material wealth. Pence's fists clenched as did his jaw, but a single “Oh, daddy” managed to escape the barrier created by his equine dental ferocity. His eyes were open now in a mad troll delight.

Joe cared not for romance. This was strictly business. His meat pounded and his healthy pick balls slapped against the mutilated sack of his brother in baseball. Joe pulled Hunter's head up by his hair and thrust his tongue down the latter's throat. His tempestuous hammering continued. Joe could feel it rising with in him. Hunter's eyes rolled back in his head and his fists began to loosen. He was giving himself over completely.

First base--Joe clawed at Hunter's muscular chest with his free hand. Second base--Joe reached up squeezing Hunter's throat – choking the life out of him. Third base--he released the throat and grabbed the penis of his co-player, excited to find it had rehardened. He tugged at it furiously as his own semen began to run through his own cock's shaft, heading for home plate.

The crowd went wild as both explosions occur simultaneously. It was as if someone has filled several firework barrels with egg whites and it was the fourth of July.

Finally Joe pulled his browned and shrunken genitals from the ass of his comrade. “You're out,” he muttered and spit his chew onto Hunter's already filthy buttocks. Joe's steps faded into the distance as he exited the locker room, but Hunter Pence merely laid there. A quiet grin plastered to his post-coital face. “Baseball,” he whispered into the tiles, before entering a sleep from which he never woke.

David Ezekiel Kruse has spent the better part of 25 years living his life as if nothing were wrong. He currently resides in a state of brazen anonymity where he raises a single child – but he wants you to know that he's “not like other dads.” David has been compared to a Greek God. His inspirations include Martin Handford and Tara Gilesbie, both of whom exemplify the sincerity for which he has always striven, and yet never attained. Contact him at davidezekielwords@gmail.com for any reason possible or impossible.