For Everything Else there is Mastercard 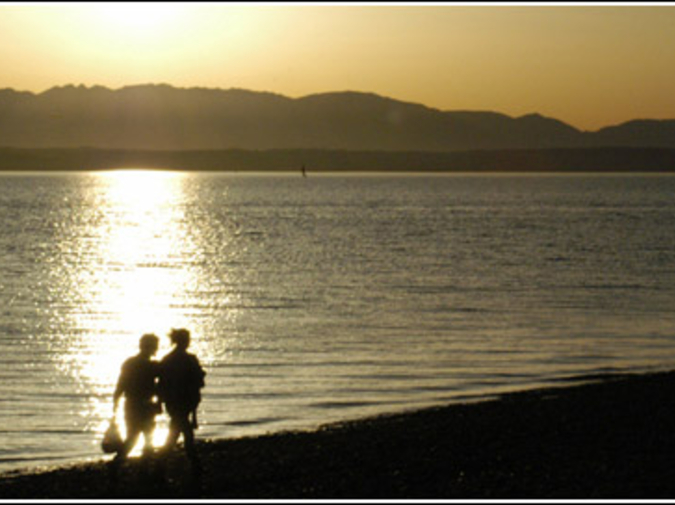 The man wiped his mouth with a silk handkerchief embroidered with his initials ($75.- a piece). He had just finished his meal of raw sea scallop carpaccio drizzled with white truffle oil and garnished with pine nuts ($150.-) accompanied by a white, medium chilled Montrachet ($1,500.- a bottle). Thecarpaccio was followed by a Chateaubriand of Kobe Beef cooked medium rare with a reduction of cranberry and juniper, flavored with calvados from Normandy, garnished with grilled Foi Gras topped with rough sea salt, what the French poetically call Fleur du Sel ($175.-). He washed the steak down with a Chateau Petrus year 1947 ($3,000.- a bottle) and some Perrier water ($10.- a bottle). He then ordered a cheese platter ($80.-) and another bottle of red; a Lafitte Rothschild year 1993 ($1200.- a bottle), followed by a Portuguese coffee ($20.-).

The man paid using a platinum Master Card and signed the check with a gold plated Mont Blanc pen (â‚¬300,- a piece). After he paid he folded his personal Laguiole folding knife (â‚¬300,- per knife) that he used while eating his meal, took his platinum tipped walking stick ($2,000.-) and left the restaurant for his awaiting car; a Bentley Azure limited Edition ($300,000.- base price) and waited while the driver ($500,- a month) opened his door and drove the man to his South Beach Mansion ($10 Million). The butler ($500.- a month) opened the front door and the man walked past his personal cinema to his bedroom, took off his Armani suit ($2,500.-), Louis Vuitton loafers (â‚¬950,- a pair) and Brooks Brothers underwear (Â£500,- for briefs and undershirt). He looked at his Audemars Piguet watch ($15,000.-) and padded to his bathroom naked before it was too late.

The man let the water run in his Carerra marble sink ($2,500.-) and lathered his face with special shaving soap he ordered from Florence in Italy ($150.- a piece) spreading the lather around with a Kohi Noor badger haired shaving brush ($125.-) and shaved himself with a collectible, mother of pearl inlaid Thessiers straight razor ($450.- a piece). He rinsed his face and splashed on specially made aftershave lotion from La Maison de Parfum in Paris ($250.- a bottle). He combed his hair with a turtle shell comb ($180. - a piece) and slowly, dreamily walked to his Japanese low frame bed (Â¥ 5 million, - a piece) and sat on it. He reached out to his Louis XIV night stand ($1500.- a piece) and opened a draw, pulled out a chrome plated, mother of pearl inlaid Sig Sauer nine millimeter automatic pistol ($900.-), pointed it to his head and blew his brains out in a morbid pattern all over his silkHermes sheets (â‚¬6000,- for a set), spoiling them.

Across town, about a forty five minute cab ride ($45.- one way) in the poorest section of little Haiti, a young man lay smoking cheap cigarettes ($2.50 a pack) in his bed. Next to him lay his pretty girlfriend with whom he had just made love. She was peacefully, quietly snoring and the sound comforted him. Her dark curls fell over her closed almond eyes, and her caramel skin glowed in the candle light.

Earlier that evening they took a bus to the Bayside district ($2.50 a person, one way) where they dined on fish and beer in a family run restaurant close to the beach ($7.50 per person). They strolled along the docks, looked at the bobbing boats and stopped for a Mojito at a Cuban bar ($4.- for two). At eleven they took a bus back to Little Haiti ($2.50 per person, one way) and climbed the steps to his clean little apartment on the third floor ($300.- per month, utilities not included). They danced to an old Marvin Gaye cassette ($5.-) undressed and made love, after which the girl fell asleep.

As the young man lay on his bed ($100.- at a garage sale, including mattress) and thought about the night he contently smiled to himself. The young man was a toll booth attendant and made six dollars an hour (beginning salary). Today was his night off and he was happy not having much but being able to have a good meal and a beautiful girlfriend sleeping naked next to him, purring at the night (priceless).

Tadzio Yuko currently lives in St. Maarten, the Caribbean island on which he was born. He holds a B.A. in International Studies from The University of South Florida and works as a scuba diving instructor. In September, he will resume work on his M.A. in cultural studies at the University of Louvain in Belgium . Yuko works to travel and has had many odd jobs, including journalist, soldier, English teacher, and diving instructor.