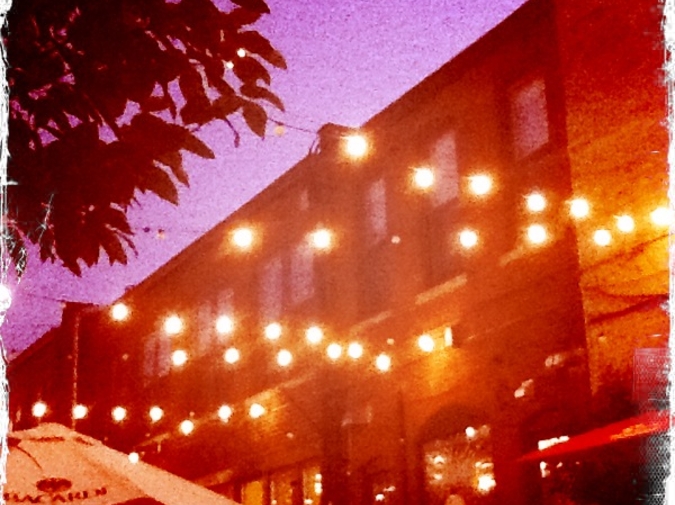 The posse gutted your daddy’s cattle and made your little sister gasp until she made no sounds at all.  They lit cigars off the flames of your mother’s head and tied your daddy’s neck to a horse.  You wanted your father to find his pride and say, Anything but the kids, or Spare my wife, but he just said, No, no, God no, until they slapped the horse.

You are a grown woman now, and you have made friends with the oil workers and the traveling gamblers and the ranch thieves.  They taught you how to hustle the dried earth, the cock of a six shoot, and all the macho rules of warfare that you plan to break because you can.  You will wear chaps on the long rides, and hide derringers up your skirt, and every time you reach for that one-buck in your black lace garter, men will peek your drawers, giving you the privilege of a slow aim, enough time to smoke ‘em between the eyes from fifteen feet away with that toy gun blast.  And they’ll see nothing but the bright stars of heaven getting smaller as their boots melt from the everlasting flames below.

Your back should hurt when you horseback straight from Texas to Kansas, but that’s no matter because it’s all in the negative, the white of the page.  And when you finally meet your man, the man you were made to kill, you will stick him with your daddy’s knife.

But before that moment, that moment with the special musical score, you will fight the posse.  You will blast your way through them with the swiftness of a video game.  Your rifle will burn white and your six bang will spray red.  Fuck yeah, someone will say in the editing room.

When the used shell casings disappear into the black hole called film continuity, you will find yourself ammo-challenged, tossing your expensive guns aside like empty beer cans.  And in this moment, this deft beat of suspense, you will be presumed helpless between the man who tied you up and the man who whipped you.  But no one knew, not even you, that you could channel a grand mastery in martial arts, a skill never once mentioned before.  In a whirlwind of flying furies, you will smash your enemies and leave their corpses hanging in the rafters.

The filmmakers are all on board with this because they know there is no reality contract between them and the audience, no promise of verisimilitude.  You are not a creation of “what can happen” but rather “what should happen.”  And every single grip, tech, and gopher will agree that this is the way our world should work, and that this is the way lines should be drawn to divide us and them.  So for a moment, let’s allow Bad to scramble in the dirt and Good to stand triumphant.  And then let’s believe that both are actually there.

Sam Nam’s fiction has appeared or will appear in Annalemma Magazine, The Kenyon Review Online,Night Train, The Smokelong Quarterly Anthology and elsewhere. He received his MFA from Cornell University where he currently teaches writing.