Failure to Ignite; A Body at Rest 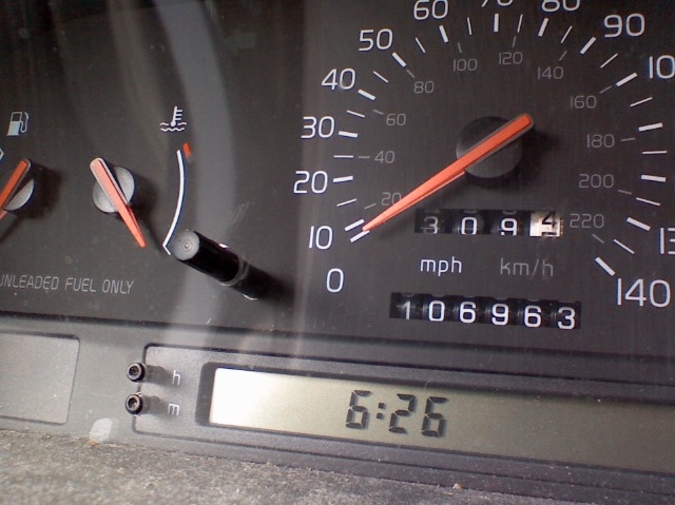 For ten years, General Motors knew about faulty ignition switches in its cars but concealed this information.

You might think a faulty ignition switch would simply prevent the car from starting. That’s what I thought when I first read about the lawsuits, slouched on my couch, laptop balanced across my thighs: a failure to ignite.

No spark. Going nowhere. A familiar feeling, I thought, though not fatal. Turns out I was wrong; I didn’t understand the nature of ignition. In its most benign form, a faulty ignition switch wouldn’t cause the thirty-five deaths (and counting) that GM currently accepts as its responsibility.

Absence of action usually doesn’t result in this much destruction. So much loss.

But in the GM cars the faulty switches shut the engines down. Drivers experienced the abrupt interruption of power, but with the continuing propulsion from velocity, big time.

A body in motion stays in motion. A body at rest stays at rest. That’s basic physics. You could be three months old strapped into a baby carrier facing backwards, you could be twenty-seven years old riding shotgun with your bare feet propped up on the dash, or you could be in the driver’s seat, like me, forty-nine about to turn fifty, driving alone. It doesn’t matter. If you are in a car moving of its own volition along the road, you can try to apply your power to the mechanisms surrounding you and still you would remain in motion.

A Consumer Reports safety video demonstrates how to respond to an engine stall. They advise:

“First of all, pay attention to where you’re going.”

Where are you going in your GM Malibu?

Do you know where you’re going in your Intrigue or Sky?

Look sharp. Shift into attentiveness at the first sign of power failure. Quickly now, prepare yourself to counter the loss of control.

But first, some relevant advice from the online dating site eHarmony. When a driver and passenger are on a romantic getaway (proceeding along two simultaneous vectors which do not necessarily parallel each other, let alone intersect), eHarmony cautions travelers that:

“Even with the most comprehensive planning, real life can jostle the program. You may be presented with some surprises and bumps in the road, but learn to roll with it.” [emphasis author’s]

In a GM car, the driver can inadvertently trigger engine shut-down by riding over rough, bumpy ground. The jostling flips the key from the “run” to the “off” position in an ignition switch lacking the necessary tension. The switch mechanism is slack. That’s the flaw.

The stalled engine initiates a power-failure cascade. First, the power steering fails. The driver must apply great force to the wheel to alter direction. The power-assisted brakes will initially respond when the driver pumps them, but only once, twice, and then, nothing. In the final, often fatal element of the cascade, the air bags don’t deploy.

Was General Motors keeping the secret of this defect only from the public or also from themselves? As part of their $35 million settlement with the federal government in 2014, GM released an internal 2008 PowerPoint presentation. One slide, titled Judgment Words, listed 69 words employees were cautioned against using in company documents. A truncated list follows:

How does it feel to have your hands on the wheel and your foot on the gas when the engine, the literal driving force, quits on you? Is it debilitating, crippling? It could be a moment of relief, a chance to catch your breath, to look at a map and figure out where you’re going, if only the laws of nature didn’t compel you ever-forward in an unstable trajectory toward a potentially-disfiguring end.

The tires grab and lose the asphalt and you are moving faster than you would expect, defective as you are, trapped in this ongoing propulsion rooted in the basic laws of physics and life itself. Maybe you should do something.

You hug the stiffening wheel. You’re drifting, and look anew at the lane markings from this diagonal, at the utilitarian high-contrast yellow and white, the rebuke of their predictable spacing and you think, at least, the way you imagine people must mutter before they die, at least I was loved, at least I . . . sang karaoke, at least, what?, I saw the Grand Canyon? At least, you think, I kept it to myself.

According to data gathered from online dating sites Match.com and OkCupid and compiled by WIRED magazine, the following words are used most frequently in the dating profiles of women who were rated by men as the most attractive:

Navigating the trajectory of the failure cascade depends on where the driver is in her journey. She needs to be aware she’s lost power. But if the driver is like the proverbial frog, sitting in a pan of slowly heating water who doesn’t jump out as it rises to a boil (not biologically accurate, but the robust metaphor persists), if the driver feels she has been leaking power all along, if it’s been seeping from her pores and sloughing off her back and rising from her scalp, she may not know it’s time to jump.

The wheels keep spinning and time keeps tumbling and the landscape smears past the windows of this rolling sarcophagus, while the internal features (gear shift, rear view mirror, stockinged knee) remain still and out of sync with the world barreling by.

This has momentum, doesn’t it? It feels like it’s heading into a crash, to a catastrophe.

There is no crash.

Consumer Reports recommends the following procedure for a stalled engine.:

“If you can, slide the car into Neutral, then turn the key. . . If this doesn’t work or you don’t feel comfortable doing it, apply the brakes and coast to the side of the road.”

They don’t tell you what to do once you reach the side of the road, except: engage your hazards.

Here’s a list I compiled from messages accumulating in my OkCupid inbox:

hello my dear, married lawyer, young stud, I’ll be waiting, deferential to women, prickleypete, backdoor_dom, hi spacial lady, Yeow :), Just in case you may have/Any doubt/This poem's heaven sent /To tell you /You are beautiful/And that is what this poem/Is about.

Ten years is a long time to keep a faulty ignition switch a secret, especially if the secret is internally propagated. Ten years. At least it wasn’t twenty.

After thirty years a problem like this is so ingrained, so integrally wound up in the mechanical gearings and electrical signals that it’s no longer a flaw, but a function of the core operations. It’s hardly a secret. At this point, you would think redesign would be recommended. You would think.

Sari Boren is a writer and museum exhibit developer who’s written exhibit text for dozens of museums across the country. Her essays have been published or are forthcoming in Lilith Magazine; The Southeast Review; Alimentum; GAMBA; and War, Literature & the Arts. She lives in Cambridge, MA. Read more at sariboren.com.