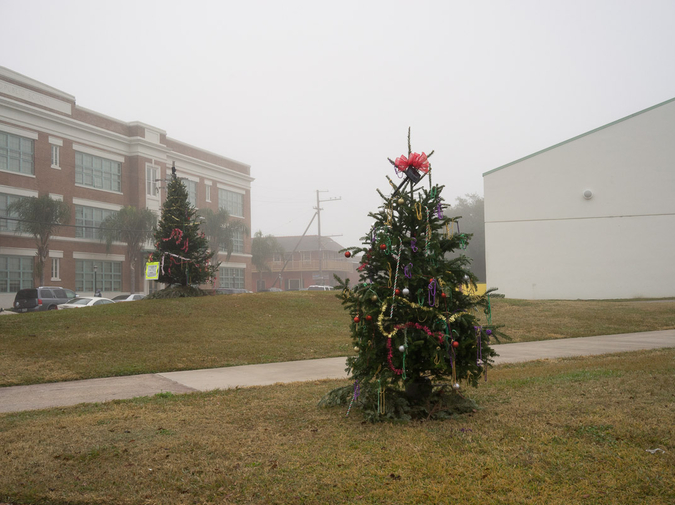 She lasts another day, maybe two. / He can’t say with any certainty, every moment alone together / becoming its own hour, its own day, / her parents’ visit feeling forever ago now / that no one is here to distract him from his responsibility. / And still, it all happens so matter-of-factly, / his whole self knows somehow she was always meant / to return, to stay, the hospital right as anything / in this broken world where life is gotten / through, where it is not celebrated but endured. / Because he’s still not felt joy / over who’s to come for them, / this child’s life still not guaranteed / though whose is? Not his, not hers, / not anyone’s who takes crossing the street / too cavalierly or who has a body that turns / on itself, as they always do. /

He thumbs down to Dr. E’s number in his phone / and interrupts her New Year’s Eve party. He hears / revelers in the background, imagines glasses clinking, / trays and trays of appetizers emptied / and filled again. He thanks her for calling in / his wife’s admittance on a holiday and hangs up. / He packs his wife’s bag; he readies himself / for another go-round, another night or two of sleeping alone / that will slip away in an instant as unbearable as its opposite.

Michael Levan has work in recent or forthcoming issues of Hunger Mountain, Indiana Review, Valparaiso Fiction Review, Radar Poetry, Mid-American Review, and American Literary Review. He is an Assistant Professor of English at the University of Saint Francis and writes reviews for American Microreviews and Interviews. He lives in Fort Wayne, Indiana, with his wife, Molly, and children, Atticus and Dahlia.