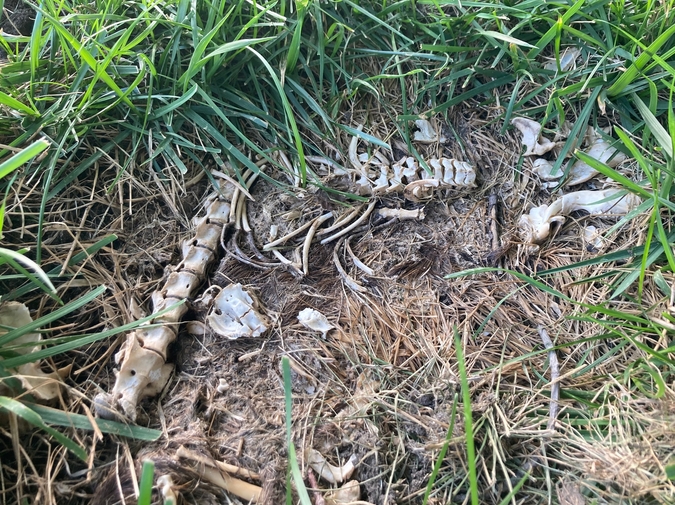 Oak trees hold their leaves for a long time. That’s why I didn’t notice the danger until January, and even then I wanted to ignore the little white packets tied like misshapen pennants to the topmost branches. Spring was months away; I could pretend peril didn’t exist.

But predictions about this year’s infestation of the brown-tail moth appeared in the local papers, and I worried that our trees were in for it. By the middle of June, they were bare. Several times a day I went out on the deck to flick scores of caterpillars off the railings and chairs and window frames, as if that would prevent cocooning. When I mowed the lawn, I wore a mask to protect my lungs from their wind-borne toxic hairs. I limited hammock time down by the shore and got only a few small welts on arms and neck. The worst of it seemed to be over, except of course for the bare ruined choirs in our view: winter in June.

July too was encouraging. The number of moths emerging from cocoons didn’t seem as plague-like as elsewhere; Instagram showed some houses blizzarded in white. The oaks put out a new crop of leaves, small but profuse enough to mimic health, and the next two months were everything a Maine summer should be: a celebration of nature.

But in September, I got depressed again, as one does on the last day of summer. Would those horrid masses of larvae return? With some trepidation I looked through binoculars at the tops of our oaks. Just as the websites showed, larvae had “skeletonized” the leaves. It was step one in the process; nest-building for the winter would soon begin. Then I remembered that our neighbor last summer displayed arms covered in angry red rashes, and I remembered the incredible profusion of acorns last fall, the oaks sensing a threat and trying to thwart it, and I was terrified that a second assault would be fatal.

How would I bear the death of these friends? They would be gray specters standing on the shore; they would rot and fall into the bay.

Today, the first full day of autumn, a hurricane has drawn warm air into Maine, and I lie in the hammock suspended between giants, swinging in the ocean air, gathering hope. They say oaks can survive several years of infestation. They say a cool, wet spring, a fungus, a species of parasitic wasp may decimate the larvae. I get up to look at our neighbor’s oaks and they seem healthier than ours. If those trees are surviving, will they help ours? Will they share nutrients through their roots, and pheromones through the air? Have they developed herd immunity?

I return to the hammock and close my eyes and conjure up the past. Leaves resurrect and twirl in the sky above me. Lying back and looking up through trees is one of the most religious acts I know; branches and twigs and leaves genuflect under a ceiling painted blue. Trees, the oldest beings on earth, connect earthlings to angels. But unlike humans, or gods, they can’t distance themselves from danger. They stand and suffer and persevere.

Well, it’s the most basic tenet of life, nature eating itself, but some of this dining doesn’t make sense. Toxic caterpillars and air-borne viruses seem to exist only to perpetuate themselves, serving no useful part in the web of being. Why would evolution wish to weed out a magnificent oak, or a beautiful child?

That’s the wrong question, of course, because it ascribes a will to nature. Nature is systematic, yes, but chaotically so. The brown-tail moth might illustrate survival of the fittest, but it possesses little utility, much less beauty, and there are thousands of evolutionary branches that do - say, a community of trees, a most beautiful and emphatic counter to evolutionary dead-ends.

Left alone, nature will heal itself, minimizing danger to the system. As for humans, who do have a will, the solipsists and shirkers among us maximize danger and destroy virtue. We are eating away at our own communities. How long can beauty hold out?

Before going back into the house, I look up again at thick trunks, rivers of bark, strong branches, regrown leaves. It may be the end of summer but it’s not the end of the world. Not by any means, as long as we worship trees.

Jim Krosschell divides his life into three parts: growing up for 29 years, working in science publishing for 29 years, and now writing in Massachusetts and Maine. His essays are widely published; a collection of those Maine-themed was published in One Man’s Maine (May 2017) by Green Writers Press, which won a Maine Literary Award. His book Owls Head Revisited was published in 2015 by North Country Press.