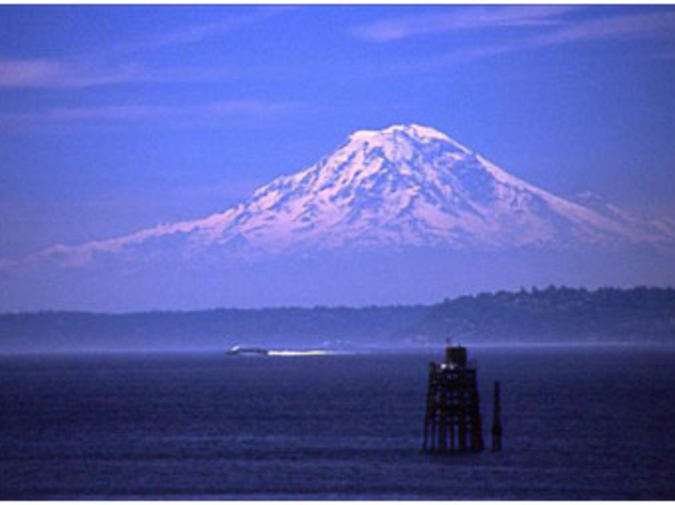 We spread a blanket off to one side of the boat launch, under some trees. Island Lake, in Shelton, Washington, is surrounded by small private homes, and this is the only public access. Since it's still early in the season and the homeowners tend to take the lake for granted, there are no boats or skiers out.

The morning clouds burn off, and by noon it's getting hot. Using our only utensil, a pocket knife, we cut uneven slabs of salami and spread cheese on bread that tears under the pressure. KJR, Seattle, Channel 95, is playing on my transistor radio.

"What do you want to be when you grow up?" Leslie asks, as if we're seven or something.

I know it's a question I'll have to think about, seriously and soon, but not right now.

Leslie says, "I'd like to be a cop," and I laugh. Policeman. Fireman. Those are the standards.

"I'm serious," she says. "My uncle's a sheriff's deputy. It's exciting work."


At times I don't know how to act around Leslie. She always seems so sure of herself. Always has an opinion. Always speaks her mind. I like that, and then again I don't.

She tells me stuff that changes everything.

"I have a confession to make," she once said. "I always wished I were a boy."


Leslie polishes off a second sandwich and peels off her jersey, revealing the small, breast-squeezing top of her swimsuit.

"So why are we hiding in the shade?" she asks.

We pull our blanket into the sun and I take off my T-shirt, sneakers, and socks. But we only sun ourselves long enough to break out in a sticky sweat before Leslie sits up suddenly.

"Race ya out to the island," she says.

"You've gotta be kidding. Do you know how far that is?"

"C'mon, I've never been on an island before. Don't you wonder what's out there?"

I look at the island, a stand of trees and brush in the middle of the lake. There doesn't seem to be much on it, but I am curious.

"How are you at rescuing drowning swimmers?"

I'm thinking about the time, ten years earlier, when I nearly drowned, but that was in the ocean. The lake seems less forbidding.

Leslie jumps up, shucks her cutoffs, and runs into the lake, diving when she's knee deep. Then she's gone, under the water, long enough for me to notice the silence.


Raised on a farm in the Skokomish Valley, Leslie is a tomboy who has turned into a well-endowed young woman with a mischievous grin and an unusually deep voice. I have always found her voice seductive, but now I have mixed feelings. The grin can throw me, too. Like when she says, "You have nice legs -- better looking than mine."


A good distance out, her head breaks the surface. Shaking back her shaggy hair, she smiles and calls to me. I switch off the radio, gather our clothes and the leftover food, then stash everything behind a tree. Slowly, I wade into the lake. To her the water feels warm, but I'm so damn skinny it won't be warm enough for me until late August, if then. Leslie splashes me playfully, so I have no choice but to dive in and start swimming.

My plan is to swim freestyle until I reach her, but each time I look up, she's farther ahead. I start to feel panicky. Finally, I turn over on my back and try to catch my breath. For some reason I can never just float the way other people do. If I remain motionless, I sink just below the surface and get a noseful of water.

The next thing I know, her hand is supporting me.

"Arch your back," she says.

It helps, but not a lot.

"You need flotation devices like mine," she says, rolling over and arching her back.

We laugh together, and then she suddenly becomes self-conscious and starts swimming again. I do, too, using a sidestroke this time, and I only have to rest once more. Although Leslie floats next to me, I can tell by her breathing that she isn't tired and my own breathing begins to slow a bit. I notice that the water is still cold but not in a bad way. It's just... stimulating. I also like the sound it makes as it gently laps against my ears. From somewhere in the distance comes the hum of the first speedboat to appear on the lake.


For three weeks now we have hardly kissed. I know why, but that doesn't make it any easier.

We were listening to James Taylor and Carly Simon records at my house late one Saturday. Though I had been to her house many times, this was the first time she had been to mine. We were having a good time, but I wasn't thinking about sex. (Well, not much.) We were in the living room, the records playing softly, and my parents had already gone to bed, where they often sat up reading for an hour or so.

Leslie made the first move...

Afterward she said, "We'll have to be more careful about the situations we let ourselves get into."

I agreed, but I didn't really mean it. Apparently she did.


When we reach the island, Leslie leads the way up the bank and into the shadows. Dripping and shivering, I am surprised by the hot, dusty smell of blackberry vines. We look around briefly and find a small, sunlit clearing with a patch of moss big enough for two people to lie on. She smiles as she pulls me down. I stretch out on my back, put my hands behind my head, and close my eyes. The sunlight makes the inside of my eyelids red.


I keep thinking about that night at my house. We were lying on our sides, facing each other, smiling and letting our eyelids droop and close and open again slowly. From the stereo came a click, hiss, and crackle, followed by the low-volume music of another album.

Leslie ran her long, thin fingers over my shoulder and down my spine. My eyes flicked open and I saw her smile. It was so pure -- she seemed so aware of her own pleasure and so unaware of my gaze -- that I felt as if I shouldn't be looking. Then I touched a warm spot, the gap between her T-shirt and jeans, and closed my eyes again.

My shirt was untucked, too, and Leslie fingered the elastic band of my white cotton briefs, which peeked out from under my jeans. Tugging them down a fraction of an inch, she moaned as if she wanted to rip them off completely.

It was a deep, low moan, almost a growl, and I was fully prepared to be ravished. But she only moaned.


"I'm sure glad you packed lunch today," Leslie says, tickling my chest with a blade of grass she's been chewing. "I was gonna offer to fry some chicken or something, but I can't stand to cook. Mom says I'll have to learn sometime, but the only way she's been able to keep me in the kitchen so far is by standing guard with a butcher knife in her hand."

"Fried chicken would have been excellent," I say.

I have this image of myself wearing an apron, Officer Leslie Williams patting me on the butt and asking "What's for dinner?" I worry about her whenever she's on duty. It makes me angry.


Leslie likes to tease me, and sometimes I take it to heart but can't say so. I don't really know what I want from her -- and if I did, I probably wouldn't tell her. There are some things you can't ask for. Asking would spoil it. Then, just when it was all getting to be too much for me, she'd say something like this:

"When I really think about it, I can't imagine us ever breaking up."


"You'd need more than a butcher knife to get me to do the cooking," I say.

She is taken aback by my vehemence.

"Besides," I add, smiling now, "I don't think I could turn out anything edible."

"Fair enough," she says, suddenly straddling me. "Then we'll live on love."

Cold lake water drips from her hair and when I turn my head away, she kisses my neck, sucking hard enough, I know without looking, to leave a hickey. Then, just as suddenly, she rolls off of me, smiling in a way that makes me blush. I laugh and so does she.

Al Riske has worked as a newspaper reporter, magazine editor, copywriter, and ghostwriter with guest commentaries in The New York Times, Wall Street Journal, and Washington Post, among other publications. This is his first story for Hobart. His fiction has also appeared in the Beloit Fiction Journal.