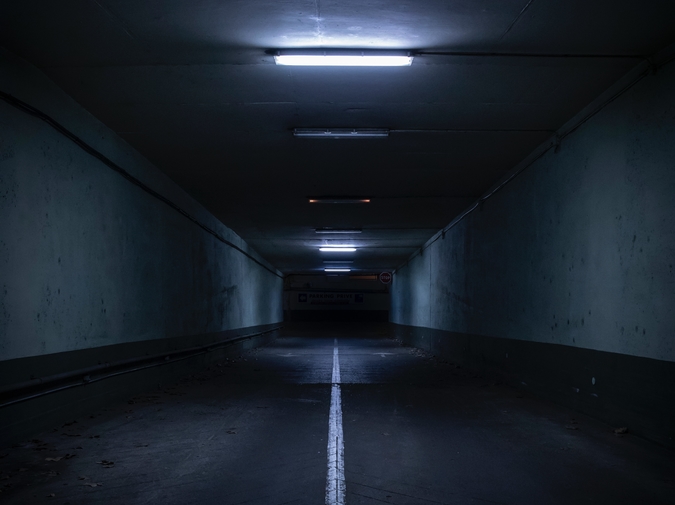 I once wrote an essay about feeling lonely and trapped by the white walls in my apartment. The essay served as a love letter to my lime-green vibrator, companion to my loneliness. I showed the essay to a friend, as we sat on the stained, white carpet. She told me she could never write something so graphically sexual, something so revealing. The next morning she came to class and read an essay about feeling lonely, trapped by the white walls in her apartment. The essay served as a love letter to nothing. As she read her jet black wig slipped out of place, and she pushed it back with milky-white fingers. I showed the essay to a feminist scholar. As she read she laughed until tears came to her wrinkled eyes. She said that any person who felt as the speaker in my essay felt should be locked up in a mental institution. It was too unrealistic, the mania the white walls brought. I showed the essay to my workshop group. Weeks later a man from that group was fucking me against my apartment wall from behind. His tan hand gripped my hair, he asked me how I like my white walls now. I have never been so turned on during sex. I scratched lines of blood into his back and later found out he did heroin. I no longer have that lime green vibrator, just a black cock ring I never got to use with my ex-boyfriend. He didn’t like the feel of it around his penis, so I just held it with my hands.

I spent a lot of time looking at my tattooed wrists while sitting at a desk. Then I’d get up, take the kitchen’s brown paper towel roll and a bucket of soapy green water. I’d use my key to enter the commander’s office. I’d sit on the dirty floor and polish the dusty shelves, cleaning out nooks and corners of the room that hadn’t been scrubbed in years prior to my arrival. Each individual blind I swept. Sometimes I’d shut the door behind me and stroke a magazine edge, running my pointer over each stiff bullet, pushing my finger inside to check if it was full. I wanted to be a combat soldier. I won an award for excellence in basic training. But instead I was standing on a chair, polishing a low-end commander’s award shelf. Then I’d take out the trash, full of potato chip and candy wrappers, and go back to sitting at the desk, to the waiting. The next morning I’d unlock the office and do it all again. If the feminist scholar thought I needed to be in a mental hospital when I wrote that essay, she should have seen me when I served in the air force. I could go eight-and-a-half hour days without saying a word.

I was sitting in a bleak office across from the Kapas, the base psychologist. I told him my story, each and every bruise. I knew my commander shouldn't have given me a gun. He asked me if I have considered therapy, as if I was not sitting there, as if I hadn't told him I'm considering dying

Liat Miriam splits her time between New York and Israel. When she is not writing, she enjoys meeting dogs and eating hummus. For more, check out her Twitter, @itsliat.