Do You Know Jesus Christ? 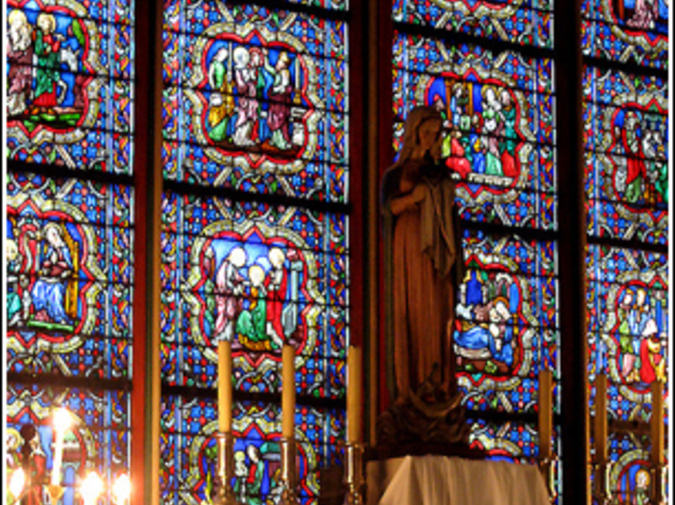 Jed needed beer. It was late and we had driven by three closed liquor stores. I had a sore throat. I said we should just go to the Walgreens near his apartment.

“Really? You can’t buy beer at the Walgreens.” He had lived in Oakland for five months and hadn’t learned that most of the time you could find alcohol anywhere, anytime. Beer, weed, girls – they usually appeared for Jed just as he wanted one or all. He hadn’t had to hunt before. When I told him that most drugstores in the state sold booze, he smiled at me like I made the law in California.

I was tired of driving around and just wanted cough drops.  When we walked into the drugstore, I pointed at the back aisle marked “Beverages,” and walked toward it at a good pace. I felt sick and was over the adventure of driving around Oakland for his stupid beer. A girl with a tongue ring and a blue Walgreens smock told us they didn’t sell beer. Jed asked where they did.  She told us about a convenience store about a half a mile away. He wanted to go right then.  I pulled the flask of whiskey from my bag and handed it to him. He was a puppy, docile when occupied. I located the cough drops, and, finding that Jed had wandered, wished they sold over-the-counter Adderall. I found him bouncing a small pink ball. He rolled it up and down my back. It felt nice. It had nubs on it and relaxed me.

He liked the ball and we both knew I would buy it for him. He never had any money, but the ball was probably like two dollars and I liked the nubs.

I was broke, too, but I got some cash from my parents when I needed it and was ok being out of work for awhile longer. When we walked in, I noticed a sign on the door that said they took food stamps.  Earlier that day, instead of looking for a job, I researched whether I could get food stamps and found out I could. I didn’t bother telling Jed. You can’t buy booze with food stamps. I printed the forms and made an appointment. I was excited for a couple of hours. The state gives you, like, $200 of free food every month. Then I was embarrassed at the thought of being on food stamps, even though they give you a credit card-thingie so you’re not stigmatized or traumatized or whatever when you use the card. Then I felt bad because I’m just an unemployed college graduate with a family that can afford to give me money and I shouldn’t take food from genuinely needy peoples’ mouths. I threw out the forms.

Jed and I knocked into each other with our shoulders like little kids 'til we got to the checker and dropped our stuff on the counter:  Two bags of cough drops and the ball.  And a bag of pink and white marshmallows, a Chunky candy bar and a pack of Hostess cupcakes, all labeled in Spanish. PMS is spelled the same in Spanish.  In addition to my supplies, I grabbed some Sweetarts for Jed.  Giving sugar to Jed is like giving a gun to a six year-old, but he’d be his roommates’ problem by the time we were finished. The elderly checkout lady was talking to another older woman who was sitting in a folding chair, next to a walker. Jed and I were bickering because he thought the nubby ball might be losing air and I told him to go get another and find out the price and the woman in the folding chair asked if we were married. Married?  We’re 23.  We don’t live in Appalachia or wherever. He said no, sounding all horrified, like being married to me was probably the worst thing he could think of.

I said, “No, not yet, but we’re engaged” and punched him in the arm, telling him he should be saving for my ring, not buying balls.

I paid for the ball and the rest of the stuff and we headed out. We were almost to the door when the woman in the folding chair summoned us back. “Hey. Hey. Come here a second. I want to ask you something.” I thought it would be about our engagement and started thinking up more lies.

“Do you know Jesus Christ?”

Jed laid on his Georgia accent, the one he uses to charm girls in and out of his bed, and said, “Yes, ma’am. I have heard of our Lord, Jesus Christ.” She smiled and patted his arm. “Then you know that he loves you, even though you’re a sinner.”

“Yes, ma’am.  I do know that.” He gave her a big smile. She patted his arm again. He can’t sit still for two minutes, but Jed is really good at telling people what they want to hear.  He usually even means it just then.

She looked at me.  I don’t have a Southern accent. “I’ve heard of him.” It was the wrong thing to say. I’m not that good at this kind of stuff.

“Honey, Jesus Christ loves you. He loves everyone.”

“Jesus Christ sounds really great.  Hang on.  I want to buy one more thing.”  When I found the makeup aisle, I picked out the longest, blackest, stick-on false eyelashes I could find. Jed walked up behind me and lifted me off the floor in a bear hug.

“Those’ll look hot on you when you go to church to see Jesus Christ.”

I elbowed him in the ribs and he let me go. Everyone said we’d get married one day. Maybe. Like a long time from now.

I went to pay for the lashes and he went to thank the girl with the tongue ring for her suggestion about where to find beer. When he came back, she was with him, smock off, wearing a tank top that said Jesus Was a Hottie.  I asked her where she got it. Her name was Lark.

We went to the convenience store and got beer. Jed and Lark started to make out by the refrigerator and I talked to a cute guy and watched the lonely hot dogs move slowly around the cooker. He asked if I wanted one. I said no, thanks, and gave him my number. I paid for the six pack and some barbecue-flavor chips and got Jed and Lark to the car.

When we got to Jed’s house they asked me to stay and smoke a bowl, have a few beers. I almost did, just to piss Jed off. But I had a sore throat and PMS supplies and had seen how this worked too many times for it to be interesting anymore. I went home, put on my false eyelashes, ate some marshmallows, and answered a text from the cute hot dog guy. Then I went online, ordered a Jesus Christ Was a Hottie tank top, and e-mailed my dad for rent money.

Lauren Becker lives in Oakland, California. She is editor of Corium Magazine, founder of the East Bay on the Brain reading series, and a contributor to The Nervous Breakdown. Her work has appeared or will appear in various publications, includingPedestal, Annalemma, Opium Magazine, PANK, andStoryglossia.