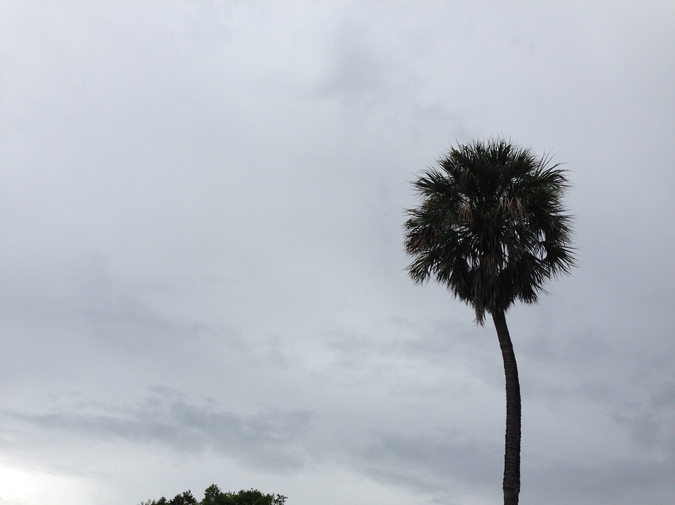 I don’t know why, but until I went to her door our neighbor Marie hadn’t spoken to me in more than a year.  I usually only see her in passing, but when I do she keeps her head low and doesn’t look at me.  If I say hello she ignores me.   My wife, Rose, claims Marie sometimes speaks to her but doesn’t say much, small talk, nothing more.  Marie’s husband, Harris, has remained as friendly as ever.

A couple of Sunday mornings ago I went out for my run and noticed a couple of newspapers in their front yard.  I thought they must be out of town and either forgot or didn’t bother to stop the paper.  I jogged to the papers, picked them up and carried them to the porch.  I put the papers behind the flowerpot in the corner, neighborly thing to do.  Their house has two narrow vertical windows on each side of the front door, just like ours, and as I looked up I saw Marie about twenty feet ahead, apparently walking from the kitchen to the den or the bedroom.  She saw me looking in and stopped.  There I was, staring at her in my singlet and running shorts.  I resisted an impulse to turn away and instead knocked on the door with the idea of giving her an explanation.  She didn’t react but continued watching me.  Did she fear what I’d do or say, did it bother her that a person she didn’t want to speak to in the first place was knocking on her door?  Were my legs, shoulders, and armpits more than she wanted to be faced with?  I knocked again and saw her start toward me, muttering to herself.  She turned three bolt locks, high, low, and middle, swung the door open and glared at me.  May I help you? she said, but I could tell she didn’t want to help me at all.  I told her about the papers and pointed at them.  Both of those papers were delivered this morning, she said, and it’s only half past nine.  One we only get on Sunday.  Are we obligated to bring them in before a certain time?  I saw no need to answer her question.  I wondered if Harris might appear behind her and ask what the conversation was about.  But I didn’t see or hear him and I guessed he wasn’t there.  Is that all? she asked.  She looked me up and down with suspicion, but something more was in her look.  I thought she wanted to hit me or grab my balls and give them a yank.  I almost groaned out loud imagining she wouldn’t let go.

I ran away from her.  I headed up the street, afraid to look back in case she might still be watching me, but after less than a block, head and stomach grinding, I reversed course and went home.  Rose wanted to know why I’d come back so soon, and I filled her in about the newspapers and talking to Marie at her door.

You told her the reason, Rose said. That’s all you could do.

I don’t know if she believed me.

I have a feeling this is not over, I said.

Nothing happened until the next Sunday.  I’d just gotten up, on my way to the kitchen, teeth freshly brushed, free day ahead, time with the paper, maybe a movie, Rose out of town on business, freedom to talk out loud to the traffic in my head, freedom to sit in my chair and cry, no explanations or answers due to anyone, little or no direct human contact--but wait.  There she was, Marie dressed in running clothes, red shorts, hair in an arching ponytail, peering through the vertical window next to the front door, holding my newspaper up for me to see, not smiling, daring me to come for it, light rain falling behind her.  It took me a minute to kick into gear, to process her appearance.  I knew she’d think I was a coward if I didn’t open the door, but what in the world would she say, what ideas were jerking her around?

I opened it.  She thumped one end of the newspaper in a wet plastic wrapper against my chest.  I took the paper from her hand.

Not running today? she asked.

Pussy, she said.  She leaned toward me, confiding, angry.  Harris is out of town, as you may know, but if you show up over there you won’t leave in one piece.

She ran across our yards, back to her house.  I went inside and looked out the window, fearing she might get it into her head to return.  Why did she tell me Harris was out of town?  Did she know that Rose was also away?  Things normal between Rose and me, but did Marie think I knew or suspected something?  Was I off on the wrong track?  What basis did I have to answer any of these questions?

I wanted to talk with her, ask her questions, but she’d made it clear I shouldn’t go over there.  Did something in her want to talk?  Did she have mixed feelings?  Did she think I had another reason for showing up at her door?  Human contact was the source of most suffering, where did this rubbish come from about needing contact with people to be happy?  Did we all deserve one another?  Was that the only explanation that made sense?

I called her number but hung up after one ring, unable to gather my thoughts.  Less than a minute later the phone rang and I let it ring three times before I picked it up.

Was that you? Marie said.

Several words tried to come out at the same time, all of them colliding and creating an inarticulate sound.

What did you want? she asked me.

I didn’t know where to begin or what I should ask.  I didn’t want to bring up something that could be off base.

What were you doing on my porch? she asked.

That was exactly the question I wanted to ask her.

I already told you why, I said.

Do you want to tell me something?

I wanted to know if she wanted to tell me something.  I didn’t answer, too many disordered thoughts racing in my head.

Are you having suspicions?

Again, exactly what I wanted her to tell me.  I didn’t know what to say.

Your brain is a wilderness, she said.  You’re wasting my time.

She hung up on me, leaving me frustrated, my mouth open, nothing that could be called a word coming out of it.

I sat at the kitchen table and tried to think.  What did I know about whatever was upsetting me?  I couldn’t answer the question.  Marie had done this to me, getting even for some reason that made sense to her but made none to me.  I picked up the phone and called her back.

You again, she said.

Please tell me what you know.

I’m not telling you anything, she answered.  It’s not up to me.  I thought you might know something.

I don’t, and I don’t know what you’re talking about.

I asked myself what just happened.  Did something happen before what just happened?  Did Rose deserve to be asked suspicious questions?  I’m still thinking about it.  I can’t stop.  Why did Marie come to our door?  What would I see if I again looked through her window?  Anything?  If she asked me, would I be able to tell her why I was there?