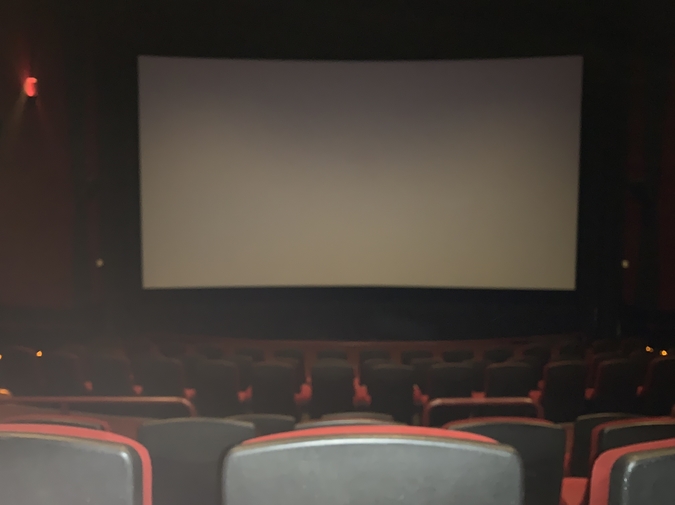 The first time I met Johnathon I knew fifteen years old was too old for me. But then I met his brother. Luke was only twelve. I was seven. When Luke talked about his girlfriend I wanted to scream. He bought me a cheese stick at the coffee shop while he was babysitting. Police men stopped to chat with us. I was on Luke’s lap. I hated the way their starched navy interrupted our conversation. Luke’s shaggy hair and dumb, open mouth were more than enough. He stretched out on the dining room chair and counted to thirty, eyes closed. I hid under him in the wooden cage of the chair legs. He pretended to look for me until I broke into laughter. I loved being found by him. I heard now he has a wife and one thousand children.

The first time I met Courtney, she told me she loved my ballet flats. We were wearing the same $14.99 shoes. She hated her curly hair and middle name and Democrats. Before she started eating a few slices of lunch meat every day, she would sample every frozen yogurt flavor, fearlessly, and used full fat Ranch dressing. Her smile was wide for her face. Her dance moves were from videos she studied in her bedroom. Not bad, but also not hers. At the gym with her mom, she loaded up on celebrity gossip from the tabloids she read while she planked. When she cried, she wouldn't stop apologizing. She looked like the best actress doing the best crying scene. It was convincing and a privilege to watch.

The first time I met Thomas he said, “No, TOAD the Wet Sprocket, not TOW.” His mouth was like a sad, sad fish. And when I kissed it, it got even sadder.He was an abstract painting of a boy, all shades of melting snow. His hands smelled of smoke and cat food and the back of the glove compartment. He mailed a black and white film print of himself to my college dorm. When my roommate asked about it, I told her she wouldn’t understand. She wasn’t a muse. He got the first letter of my name tattooed on his wrist in Morse Code. He was lucky an E is just a dot.

The first time I met Quinn he took me to a bar called Quinn’s. He wore whatever his mom bought for him. He golfed and that was the most important thing to know. We spent a summer inching closer to each other on his parents’ mile long sofa and eating ice cream. He always asked for caramel sauce when he ordered, like it was an afterthought. He couldn’t believe it when I started a bonfire. Neither could I. He dunked his marshmallow into the flames, blew it out, and said, “Beat that.”

The first time I met Frances she told me she sat behind me in class. She said she knew I cheated on an exam, but she said it like a joke. I had no idea we went to the same school. She was always slipping out of her clothes, going days without anything but an almond croissant. Her wrists were tiny. Her  crooked teeth gave her away, even though she twirled in a shower of expensive perfume every morning.  She was one of those women who look prettier when they’re angry. I preferred when she lost her temper. When she threw up in the subway station, she looked like an angel.

The first time I met Haley she told me she applied to grad school on a whim. She told me she dated an heiress, on accident. I was so glad I changed into my leather jacket before she saw me. She only wore shoes that clinked. Her hair was distracting, the way she flipped it from side to side. Fuck a better side. She was the cool older sister and the hot younger girlfriend and the beloved professor. Her waist was tiny. She knew no one looked as good as she did in a jumpsuit. She wore them sparingly.

The first time I met Matthew he had a hardhat strapped to his messenger bag. “Expect the unexpected in the work zone, right?” I said. He shrugged, his sleeve exposed his missing hand. His eyes were surrounded with stained glass wrinkles. His skin was porous, sweating in all weather. He asked us to pray for his girlfriend who didn’t love him. I decided I was up for the challenge. When I ended things with him at a dog park, the lights of a patrolling police vehicle illuminated his receding hairline. When he called me a sociopath, I wanted to kiss his eyelids.

The first time I met George he smiled like someone with a dozen past lives. He touched the sleeve of my silk button up and said, “Suede, my favorite.” His eyes were toilet cleaner blue. I found bronzer he used when he was being photographed in his bathroom. That felt like intimacy. His back was warm and salty and dotted like the beach. From the other room, he told me I deserved to have ten children. When he took the dog out, I pressed eye cubes against my cheeks and drank water from the faucet. He ended our only phone call by saying, “Big kiss.”

The first time I met Grace Ann she put out a cigarette on her boot and sauntered over. It was more of a limp. Her fiction was nonfiction and her dark hair was a mistake. But when she swatted a bug off my leg, I thought I understood physics. Her skin was see through. The joints of her limbs seemed rusty. When it was us, it was really just us. I wanted to wait with her for the library to open until we froze to death. I sent her ten thousand postcards. She gave me a book I already owned with a note about “stories we’ve yet to tell.”

The first time I met Teddy he said, “I’m a romantic, watch out.” He had a drinking problem, he knew, but coconut water made it all better. He looked like a knockoff Ronald Reagan, with thick eyebrows that cooperated and a mustache that didn’t ask questions. He sang four David Bowie songs at karaoke. I watched from a phone booth across the bar, unmoved. His flask sounded like a seashell in his pocket. He wore practical shoes and kept his phone ringer on the loudest setting—old military habits. When he sent me a poem he wrote for me, something about gravitational spheres, I felt embarrassed.

The first time I met Kathy she said, “You have to call my gynecologist.” I barely had my period. She was tall with expensive blond hair. Aging was something she’d opted out of. She always ordered me “smoky” cocktails. I was aware things would never feel better than during my nineteenth birthday lunch with her on the top floor of Bergdorf’s. She wore black and spoke of only one Finnish ex-boyfriend, her hairdresser, who once zoomed by on a scooter during dinner. Even though she was so, so sad, she walked everywhere. She scowled at every painting at the Met but spread her arms in delight at the Mesopotamian relic shit.

The first time I met Trip he told me I was “a version of his soul mate.” Therefore, it made sense for me to kiss him hard and loose at the bus stop across the street from my apartment. It made sense for him to dress me in his wool suit and watch me take it off. He had a whole life back in Texas. His chin was melting lava and his eyes were black holes. There were fifteen minutes when I thought I might marry him. They were bliss. Even when I was happy, really happy, he would ask, “What are we going to do about the sad artist?” He was in fashion, so he loved me for my proportions. He was a diagnosed narcissist, so he hung his trousers on a velvet hanger before bed. When I said “no” he said, “what if?”

The first time I met Marie she knew we would be best friends. I could only hope. I found her hot red hair and smallness to be terrifying. I told her she looked like a Kennedy. When I was around her, I wanted to use the biggest, best words I could think of. Her eyes were stern but when they lit up, they flipped a switch. She wore boatneck striped tops and was the first person I ever heard say, “Jesus Fucking Christ.” At parties, she talked about smoking stage cigarettes. When we sat across from each other on her sofa, our bodies mirrored each other. Last week, I tucked my arm under my armpit as an experiment. So did she.

Erika Veurink is a writer living in Brooklyn by way of Iowa. She is receiving her MFA from Bennington College. Her work has appeared in Entropy and X-R-A-Y.