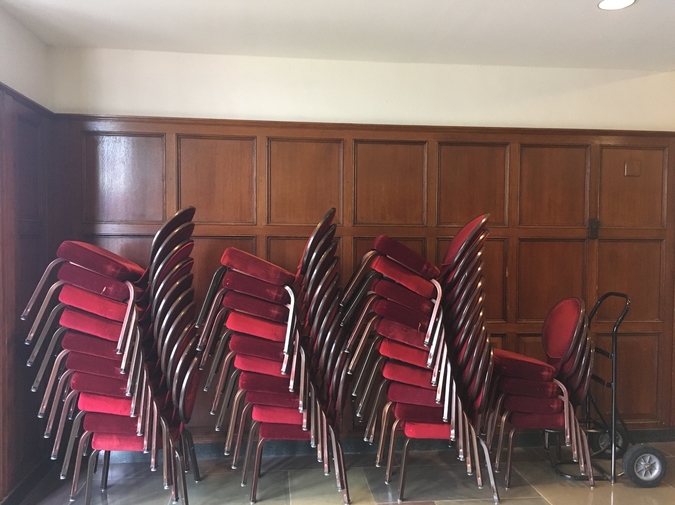 I was standing in line for a movie and a movie played in my head.
I was standing in line for a movie and the movie I was waiting to see strode through the lobby and out the front door.
I was standing in line for a movie and the world tore in two like God’s curtain.
The first time I saw a movie I was frightened I thought I was vanishing into it.
The next time I understood I was emerging and I asked for more movies.
I watched movies that slid through mouths watched movies that existed only for me.
They had all the colors I’d ever seen the colors moved like living things.
I wanted to see God’s movie but no one knew in what order to play the reels.
The projectionist fumbled with them like teenagers fumble with genitals.
When the movie finally played I understood where shadows go when they’re full of people.
One time my life was a movie in the movie I had a daughter.
Whenever she saw a movie she wanted to eat it so it could be a baby inside her.
One time I was so full of the movies nitrate poured from my ears.
One time I was so full of the movies I flickered like light.
I became a movie I rolled through the projector I shuddered in front of millions of eyes.
My audience saw things they never wanted to see.
They hid their faces and would not watch me so I watched them and saw things I never wanted to see.
I wanted to be the director I wanted to make a movie long enough to say everything long enough to play to the end of the world.
I ground my fist into my head until it surrendered a script.
I peeled off my name and entered myself like a stranger.
I fondled the camera until it was ready then tilted it into the light.

Rebecca Cross works as an editor in Vermont. Her work has appeared or is forthcoming in Always Crashing, Breath and Shadow, Harpur Palate, and Beloit Poetry Journal.