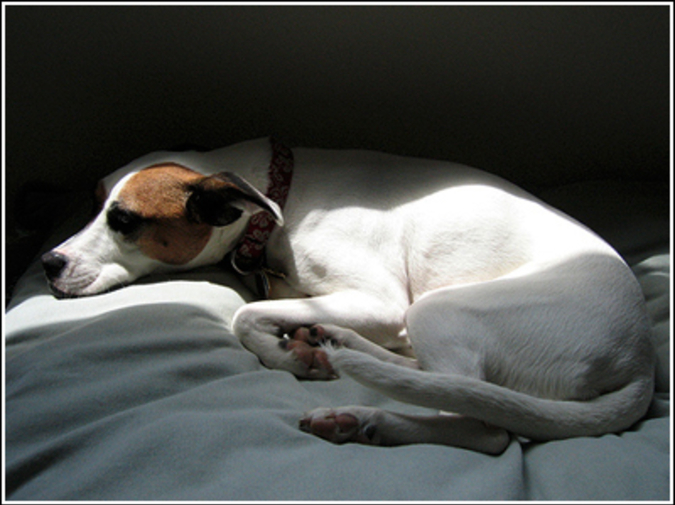 At some point, the people in their thirties and forties decided to go one of two ways: dog fighting, or dog grooming. It was a simple choice, really, and one for which their childhoods and young adulthoods had prepared them.

Those who chose dog grooming were pleased with themselves. They purchased expensive clippers and grooming shears and other shiny grooming utensils, and they each kept a rubber-surfaced grooming table in their homes.

"Do you have a dog?" they would ask their visitors. Most people did, and so a future grooming date was arranged, all pro-bono. If no dog existed, one was made up.

"I see you as a Shar-Pei person. That's a wrinkly dog." They would go on about how the dog would be groomed and with what shampoo and then how lovely the dog would look and feel.

"The dog will shake itself and its eyes will be vibrating with pride," they told their friends and family and anyone else who came to visit.

The visitors believed the groomers and felt in their presence like children on summer vacation. This feeling was breezy and unfettered, as easy as switching on the TV after an afternoon swim.

Those who chose dog fighting were not necessarily pleased with their choice. They had not known another option was available. They were focused on other things instead, like organizing the fights and buying the dogs and finding houses where they could create dog fighting pits. They rotated houses to elude the authorities, and there was a fair amount of equipment involved: a large rug to be rolled up afterwards to conceal the blood, and particle board barriers held together with hinges.

When the dog fights began, everyone got worked up. There was hollering and whistling and wagering and gnarling from the dogs. The people in their thirties and forties who chose to watch and organize such a scene felt energized. They were quenched by the agony and the struggle.

But sometimes, when money had been wagered and the pit assembled, the dogs did not want to fight. This was annoying. The dogs that did not have a taste for blood were baited, then, with a bait dog muzzled with duct tape upon which the hesitant dog could chew until excited, which most often worked. Yes, most of the time it was this easy: just impair one dog and then let the other go at it. And then blood would fly again and the pain would continue and this made them, in a way, very happy. And whether or not they had known there was another choice, they had still very clearly chosen.

Blythe Winslow's recent work has appeared in Night Train and the David Barringer anthology What Happened to Us These Last Couple Years? She co-edits Twelve Stories, teaches writing at the University of Cincinnati, and is at work on a collection of short-shorts called American Polaroid. She lives online at www.blythewinslow.com.