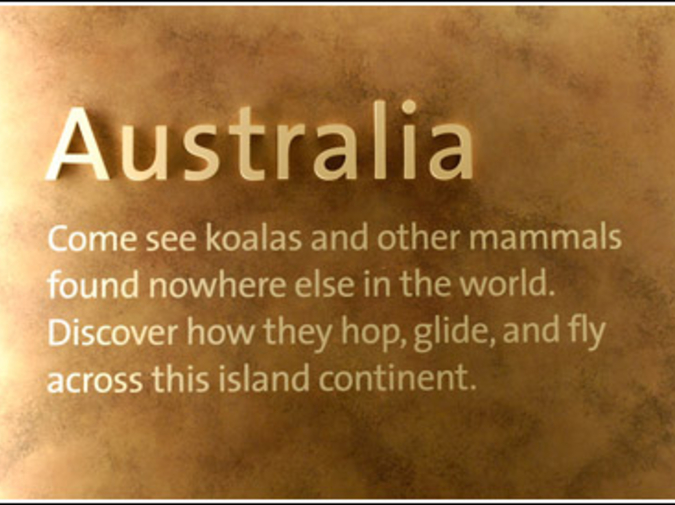 Melissa and I have been together for almost a month, descending through the center of Australia from Darwin near its north tip, sliding below the belly of the globe to Adelaide. Somewhere down the line we could have been lovers, but we aren’t.

The jeep lurches, and we step out onto the red earth to gather the night’s firewood. “Get the largest pieces you can find,” Mary shouts. “And don’t take anything living this time.”

Each night after we make camp, Melissa and I sleep next to each other in our swags and point out constellations as if we were in love. The swags cover us in our sleeping bags like the shell of a cocoon, protecting us from the way the temperature drops with the sun. Sometimes Melissa teases me that I should take pictures of the sky so I can remember what it looks like here when I go back to the northern hemisphere. Sometimes she sleeps with her arm on my chest and on those nights I get the best sleep.

I drag a heavy half-coal branch along the ground and Melissa offers her help. We pull it over to the jeep and up onto the luggage tow that trails behind the vehicle. We keep everything we need to survive locked away in this pale container, and the wood for our fire strapped on top. Mary waits behind and makes sure things are tightly closed. “Well done lovebirds,” she says as we secure the log. I watch Melissa carefully to see how she’ll react. Her lips flutter as if they’ve just alighted on her face like a bird, and she thanks her. Afterward she whispers to me, she gets the feeling everybody thinks we’re sleeping together.

“Why don’t we?” I whisper back. She winks; I wonder whether this is another of her lessons about looking and seeing.

When we’re back in our seats with the faint moisture of sweat under our hair, Melissa puts a clump of grass in my hands and says, “Check out what I got.”

“Desert grass,” she says happily. “It’s for my art. And she meant firewood,” she adds.

“What are you talking about?” I’m missing something.

She opens her bag and shows me the other things she’s picked up along the way: a vial of red sand, one of the plants the Aborigines once used to suck water from, a chunk of orange rock, what appears to be a lizard tail.

“How did you get that?” I point to the tail.

“I tried to grab a gecko yesterday and it came off in my hands.”

I try to figure out how the objects fit together. “Are you painting the desert?” I ask.

Yesterday we stopped in Stuart’s Well for what Mary called “The Show,” and we were treated to a dancing, singing dingo. It was docile, almost lethargic, when we bent to pet it: the owner of the bar had adopted it and discovered its talent in domestication. We watched the canine-like predator ascend onto the keys of an old piano and sing long, resonating cries over the notes from its feet.

“This is our song,” Melissa told me.

I protested: “This desert wail?”

There are some things you remember but nobody else will ever see.

Now, we pull into the campground and set things up for the night. Mary gathers volunteers to make dinner and there’s a rush for the showers at the opportunity. I wander across our camp, smelling the soup, feeling the dirt under my unfurled swag. A cool breeze rises as the sun falls, and a shower before sliding into the sleeping bag and the swag would make me sleep well. Besides which Melissa will be clean and smelling of her shampoo.

The showers are in a block building that is like a square pimple on the flat face of the land. It’s built up in gray cement, but it’s red where the sand has whipped against it and stained it or where people have wiped their feet against it before going in. I run my fingers over my soles and leave the desert outside, and there she is, and it’s the wrong bathroom: Melissa nude and glimmering, stepping out of the water into her towel. She doesn’t see me.

She tries to sleep after dinner but I make her talk to me under the stars. I tell her I don’t want to fly home when I have to, talk about things shrinking in the small window of the plane, how it frames them over and over so that they take up the whole view at first and then half and then only the receding corner. She tells me when she was a child she used to think she would be able to see her whole continent there, once she got high enough, she still isn’t sure whether she could or not, she’s never left Australia.

I want to tell her the entire time, “I saw you, naked.” I imagine saying it, she saying she doesn’t mind it anyway, saying something or something else. I imagine leaving, waving goodbye from the airport in Adelaide, maybe giving her the rolls of film I took, yellow and black like desert grass, as a symbolic gesture. I know she is right about memories and how like her art, they take slightly different forms than reality. After we left Stuart’s Well yesterday the jeep got stuck in the dirt and we had to get out to push it. Melissa and I pawed sand from the front of the tires and it went ten meters slowly in the heat, and I thought, as we painted ourselves dark red, I heard her ask me quietly if I loved her. Now, I don’t know if she did.

Matthew Salesses is a soon-to-be-emerging writer readying himself for the big, bad world of MFA programs, of which he will be attending Emerson in the Fall. His near-misses include being a finalist for Glimmer Train's Very Short Story Award. He currently teaches English in Korea, where he was born, while saving money to return to New England, where he was raised.