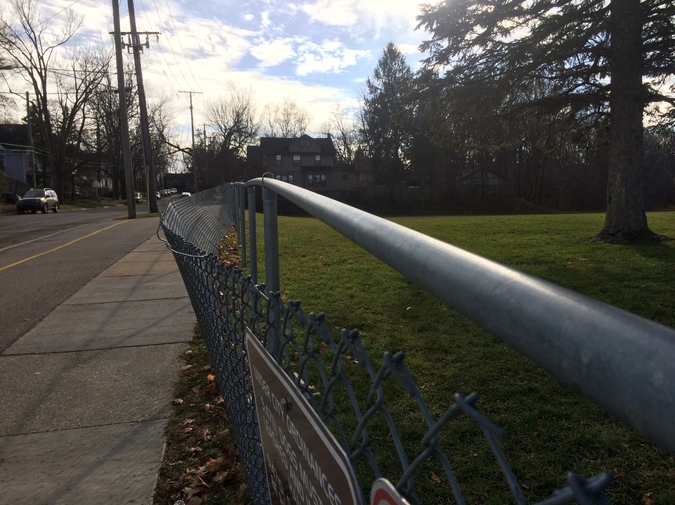 Sometimes I miss the blisters that form from the bat sliding in my hands, so I go to Adventure Zone where I get a hundred-forty pitches for ten bucks. I only do this occasionally, but when I do it’s because the itch is almost unbearable. I’m the most uncomfortable when my hands are smooth and my obliques without ache.

I used to bring a six pack, pound a beer between tokens, but I’m married now and I have to get home safely. Instead, I buy three extra tokens (sixty more pitches), so I can feel the bruising in each turn of my torso a few days longer. Two hundred pitches, a good sweat, and I can feel my body climb the three flights to my condo.

The first token hurts less than you’d expect. My eyes are fresh because the sweat hasn’t pooled and the attendants haven’t walked by to tell me to put a helmet on. I have enough energy to really turn on the inside pitches. The second token is tough because I switch sides and bat left handed even though I’m left-eye dominant, and I’m a little late the first few swings which really rattles my inner palm. My left knee isn’t as accustomed to the twisting movement, and soreness comes quick. I prefer to bat left-handed.

Iguanas between three and four feet in length roam Adventure Zone for no advertised reason. They whip their tails and pay no mind to the teenagers tongue-jousting in the gazebos. They usually squirm themselves into the caged dome around the third and fourth tokens, and fortunately, I never hit them. In fact, this is usually when I whiff thirty of the next forty pitches. A good cage sesh has peaks and valleys, like a mixtape you make for yourself as you drive into a hurricane. Now that I don’t bring the beers, I seem to miss more.

It’s always in the middle of the sixth token that the attendants ask me to put a helmet on. I know because I’m batting left-handed, and they startle me, I whiff, and the ball recoils off the padding behind me into the back of my head. I wear the helmet for the sixth token, which turns out to be a good thing because the visor over my eyes relaxes me and after a hundred or so pitches my body fights continued swings. This is my only work out, and it comes every three to nineteen weeks.

Around the seventh token the first blister opens up. The sweat pools with the grime of the bat handle and the sting reminds me to get the bat off my shoulder, to hit the ball with a sense of urgency. Sometimes I get lazy like that, just cutting through pitches, timing them but not really swinging at them. When the skin on my palm folds back, I see the pitches a little bigger. They swell into yellow tumors and the bat pops them across the cage.

There’s always some kind of older man with chicken legs and a golf cap taking cuts in the slow-pitch softball cage at the end. These dudes irk me in a way that turns my neck hot. Their arrival times vary, but this night they show up during the eighth token and I swear the iguanas snicker like cicadas in the trees. When these dudes show up I let one of the balls go back untouched so they know I’m in the fastest baseball cage and rip a few good ones off the sweet spot. The slow-pitch softball cage? How do they live?

Occasionally the eight-year-old with the weak hands will cry because he hit one with the inside of the bat and I have to pause until his parents finally take him home. Other times the local high school softball star will come and rip the fast-pitch as long as I do, and I want to tap on her cage, tell her that her dreams will change, that eventually she’ll prefer to drink a beer and watch someone else do it. Instead, I wipe the sweat from my eyes, spit on the open blisters, and rage up for the next pitch.

Before I can put my ninth token in, my cage is pitching blanks because the machine hasn’t evenly dispersed the balls. The medium-pitch cage is loaded and free-to-use, but I don’t fuck around like that. I’ve got two tokens left. I talk to the attendants, but they are slammed because the concessions served bad pizza. The entire birthday party got food poisoning and shit themselves inside of laser tag.

I rub the two tokens together, sure I could start a fire if I flicked hard enough. I roll my shoulders. They are properly sore but not broken and stiff the way I’d hoped. If anything, I could use a few more tokens. There’s a folded five in my sock.

Devon with the still face and brown braid says she’ll call someone for me so I return the cage and wait. I pick up one of the yellow, dimpled balls, finger it with clammy prints. Truthfully, I wish they were real balls with rugged seams, but those kind of cages require appointments and twice as much cash. I roll the ball towards the machine. An iguana chases it.

I pull the skin of the blister below my pinky, and rather than tear off as expected, the skin continues to pull across my hand until a red and juicy stripe rips across my palm. I suck air through closed teeth and try to hold the bat but I can’t get a swing in with both hands. The attendant still hasn’t returned to fix the cage.

The high school softball player whiffs about a dozen in a row and smacks her helmet. It’s all about her eyes. She isn’t following the ball all the way to the bat. “You’re looking too far ahead, but there’s no future if you don’t take care of the requisites,” I tell her. Her auburn hair reminds me of my wife’s. Her legs are gold and cut. I get a little hard.

She doesn’t say anything to me, but rips the next pitch to the back of the cage. Iguanas scatter. The next pitch dinks off the inside of the bat, close to her hands, because she’s a little slow with her hips. I think about hopping in, resting my hands on her waist, and showing her how to properly rotate. The right kind of thrust makes all the difference. Before I offer my diagnosis, my cage is shooting pitches again.

A major league batter has six-tenths of a second to decide if they should swing or not. I might have a full second here at Adventure Zone. I ponder the significance of those decisions, how quickly a career is made or broken. The softball player watches a pitch go by. I return to my cage.

My tenth token hurts differently. My hands sting, my back burns, but it’s dull compared to the ache in my gut. A pitch blows by without a swing from me. Then another. I jump to the right-handed box and the ache is sharper. I drop the bat, take a seat where I was standing. Each pitch that fires past untouched hurts me more. Fwahp! They serve beer inside and I consider the five tucked into my sock. Fwahp! My palm bleeds slow in micro-spots, a red five o’clock shadow. Fwahp! A few of the iguanas gather near me, flicking their tongues with anticipation. Fwahp! The softball star leaves without acknowledging me. Fwahp! I decide I’ve had enough.

Caleb Michael Sarvis is a writer from Jacksonville, Florida. He is the fiction editor for Bridge Eight Literary Magazine and received his MFA from the University of Tampa. His work has been featured in or is forthcoming from Literary Orphans, Panhandler Magazine, The Molotov Cocktail, Barrelhouse, Yellow Chair Review, and Empty Sink Publishing. You can follow him on Twitter @calebmsarvis or come to Jacksonville and grab a beer.