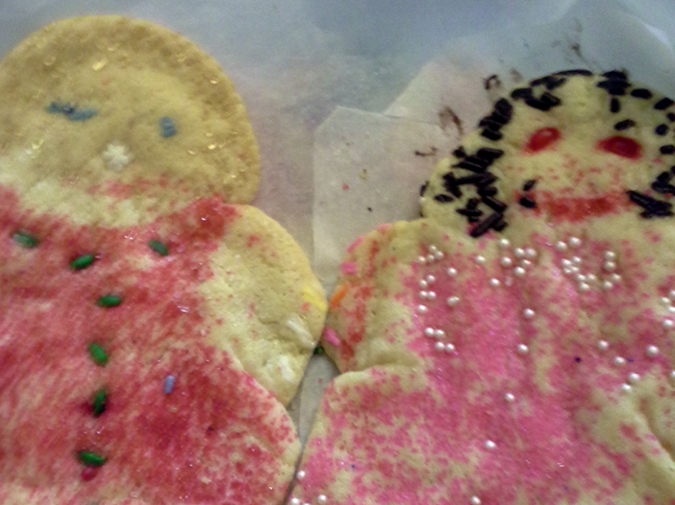 Kaya got raped and then we walked to her cousin’s house for pizza. Her cousin Lucille gave us each a slice of Hawaiian and said, “You guys, it’s so nuts, Gregory’s bonkers in love with me but I totally love DonDon.” She wore a gold necklace that read “boy toy” and she stroked it lustily as she spoke. It was the eighties and everyone’s taste sucked. Still, Lucille was older than us and we thought she knew everything, though in a year she’d be pregnant as fuck and my parents wouldn’t let me anywhere near her or Kaya anymore.

Kaya chewed her pizza mechanically and asked for a napkin. Lucille tossed her a dirty sock and said, “Wipe your hole with this,” and Kaya dodged it and said, “Thanks a lot, yotch.” Lucille’s house was a wasteland. Her mom worked nights and cleaned up only when she felt like it, which was apparently never. She sometimes emerged from the bedroom in a urine-colored bathrobe, patting the pocket for her cigarettes and asking if there were any eggs. Kaya’s Dad’s house was the opposite; his house was the absolute shit. He was a gynecologist and made a killing digging around in vaginas. My mom said he was her doctor and helped me get born which was the sort of thing a mom should never say to her kid.

Kaya said, “I just want a goddamn napkin,” and I said, urgently. “Give her a fucking napkin, Lucy,” and Lucille stood, sighing, and went to the bathroom and came back with, like, four squares of toilet paper. Kaya accepted them and wiped pitifully at her hands. The toilet paper dissolved onto the pizza sauce.

“You are a fucking idiot,” Kaya said to Lucille.

Lucille chewed a slice of pizza and winked. “You ho-bag.”

As though summoned, Lucille’s mom wandered in from the dark hallway, patting her robe’s pockets for cigarettes and asking if there were any eggs.

Lucille’s mom pulled open a drawer and took out a paper napkin that read, “Happy birthday” in rainbow lettering.

“Happy birthday to you,” she told Kaya grimly, handing it over.

Kaya wiped at her fingers and glared at me. She threw the napkin on the floor.

“Happy birthday to me,” she said.

The phone rang. Lucille answered excitedly; it was DonDon.

Aunt Eliza cooked eggs. Lucille laughed too loudly. Kaya perched on the stool like an untouchable bird, and she seemed fine. A miracle, I thought. I was so fucking stupid.

It was only Sunday morning.

Sharma Shields is the author of a short story collection, Favorite Monster, and a novel, The Sasquatch Hunter's Almanac. Her short fiction has appeared in Slice, Electric Lit, Kenyon Review, Iowa Review, Fugue and elsewhere. She lives in Spokane, WA, with her husband and two children.