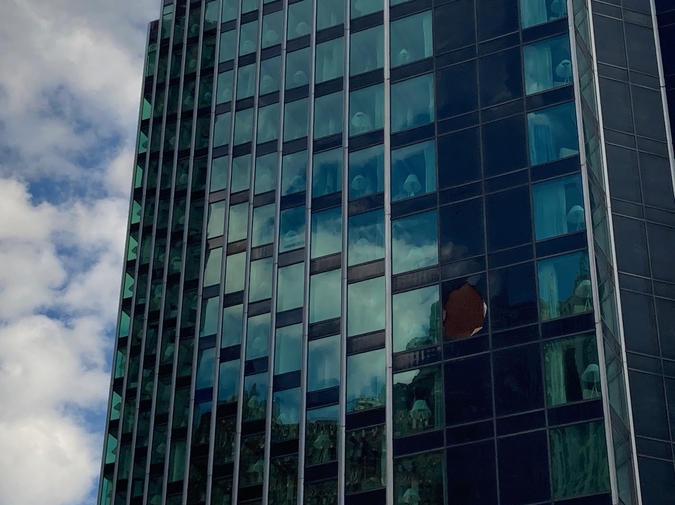 "Bekya." This is my call. It echoes through the streets.

"Bekya!" I let everyone in the neighborhood know I'm here.

"Bekyaa!" I have come for you, now you come to me. Give me the old, the useless, and the odd. Bekya, I'll give you whatever I see fit for them.

"Aiwa Bekya." Lately the new generation has been getting pissed at me. Because they have video calls, and online conferences with foreigners, and they don't want them to hear my call.

Right there is one of those new-fangled offices, with eternally new windows, new furniture, and new people.

Though lately a couple of the newer generation of Bekya-peddlers have started attaching tricycles onto their carts instead of horses. It's no good. Tricycles will never understand the wares they are pushing. My horse – Mofida is her name - is not new. She pushes my hackneyed wares with the dignity and serenity of her age.

"Bekya." The Kamals are beckoning me from their balcony. I like old man Kamal; he makes sure to reserve stuff for me, and he doesn't haggle.

"You're getting a new fridge?" I ask.

"The kids want a new fridge." He shrugs.

"Kids want new everything," I say. "If they had their way they'd get new parents."

"Not that they haven't tried," the old man murmurs. I give him money and he doesn't count it. We're too old for that.

The fridge is not that big. It fits well enough next to two lamps, an old radio, and a stack of books. At the end of the day I will go to my usual antique shops who will pay me what they see fit. Then they will clean it up, and sell it to rich people and foreigners for whatever they see fit. Haggling is bad manners amongst friends.

It takes a second for Mofida to recognize the new weight, but it’s only that, and then she trots on as usual, and I go on as usual.

The bigger part of Cairo is the old city. It has square cobblestones made of glimmering black stone, and buildings all the color of sand. It smells of onions and today's cooking. The young ones want to tear it down. They want new streets with new buildings that don't smell like anything. But I don't go to the newer parts unless I have to. Mofida never did learn to enjoy the feel of pavement, or navigate the rushing traffic of the wide streets. We're both lost in them. We're both getting up there in age and I wouldn't be surprised if they sent someone to collect us, but who is it going to be? And what will be his call?

“Oh, Bekya.” This city is old, and I am going. Someday I will put it on my cart, and take it with me.

Joseph Beshara is a writer from Cairo, Egypt. He has two plays published in Arabic. "Bekya" is his first story to be published in English.