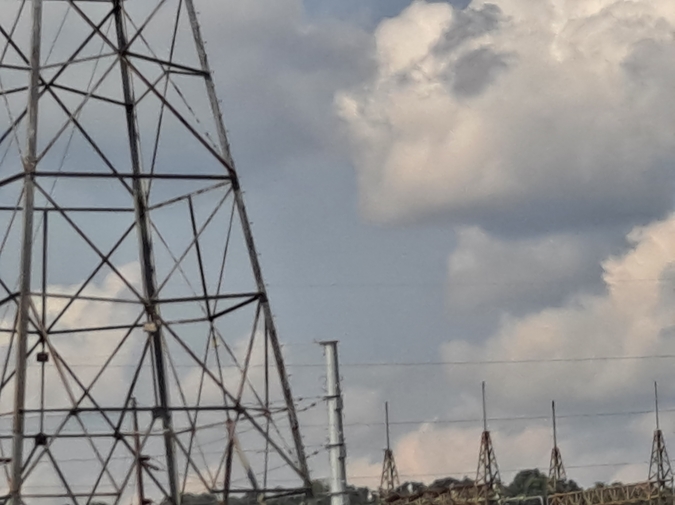 I have a theory: brain tumor. I tell my sister this over slices of watermelon. We’re seated on our parents’ patio, feet propped up on chairs. “It might explain the way he’s been acting,” I say.

My sister is frowning, watermelon juice running down her hand. “Maybe you shouldn’t,” she says. “Mom’s making dinner.”

I find Jake at Dylan’s. Lately, he’s always at Dylan’s. Earlier in the month, I’d started noticing his strange behavior and blamed it on paranoia from exes who’d cheated on him. He’d once said he was cursed.

“I know you’re having sex with someone else,” he insisted over the phone a week ago. “I heard them on the phone. I’ve got a recording.”

I had no idea what he was talking about. I’d only ever had sex with him, a fact I’m slightly embarrassed about. I still hadn’t told him I was a virgin when we first slept together.

Lately, his behavior has grown more erratic. When I get to Dylan’s, he’s blowing up. This time, he saw someone with me in my car. He’s wearing a ratty t-shirt over sweatpants and looks like he hasn’t showered in days.

We step out back, where I think I see Dylan's mom peek out from the kitchen curtains. She’s used to having the guys over, but not me.

I make him follow me around the side of the house and point to my car. “There’s no one in the car.”

Now, Dylan is outside as well, smoking a cigarette. His phone is out, but his eyes are on us.

I take a seat in one of the chairs. I tell Dylan my brain tumor theory. “He says he saw someone in my car.”

“She’s lying!” Jake shakes my chair and goes inside, the screen door slamming shut behind him. I turn to Dylan and put my hand out, like, what the fuck? but maybe also, please! give me something.

For a moment, he looks conflicted, like he might drop me a clue, but then he shrugs and follows Jake inside, leaving me for the house. I imagine them inside, Dylan’s mom offering them bottled waters. As I head back to my car, I take it in from every angle, trying to see the person that Jake saw.

Days go by. I don’t hear from Jake or Dylan. I’m back at my parents when Jake calls. He wants me to come over. There’s an urgency to his voice, but I’m not ready to be yelled at again. I take my time driving to his place.

I find him inside, standing in the kitchen. He shows me a small, round plastic container. “It’s called Posh,” he says. “Bath salts.”

“What?” I’m staring at the container that looks like my lip balm. There’s a fine white powder inside.

“I’ve been buying them at the gas station.” I picture the Speedway near Dylan’s where they walk to buy cigarettes.

“I thought you had a brain tumor.” I feel stupid about that now.

“I know. Dylan said.” He twists open the container, pours the powder down the kitchen sink. “I’m done,” he says, rinsing the container out, running water over the gluey remnants in the sink. “That’s the last one.”

He takes my hand and pulls me to the living room, tries to get me to lie down with him on the couch. He explains that he hasn’t been sleeping or eating because of the bath salts.

I sit with him, but he’s jittery. In a few minutes, he’s up again. He can’t stay still. “I think it’s still in my system,” he says as he paces the floor.

“You need a night of sleep,” I say, standing.

I know I should be angry, but I feel something like relief. There’s a reason he’s been acting the way he has. Shortly after that day, we’ll start seeing stories about bath salts all over the news. Soon, they will be taken off the shelves, made illegal.

“I wish you would have told me,” I say before leaving.

He gives me a sheepish look. I wonder if my words are true though. If he’d told me, I would’ve relaxed about the brain tumor, but I don’t know what I could have done until he was ready to throw the stuff out. I think about the truth and how it sometimes isn’t really true at all.

Andrea Taylor is a Columbus, Ohio-based writer whose work is published in Roi Faineant Press, Allegory Ridge, Moist Poetry Journal, and elsewhere. She is associate editor at Hobart.