B is for Breakfast 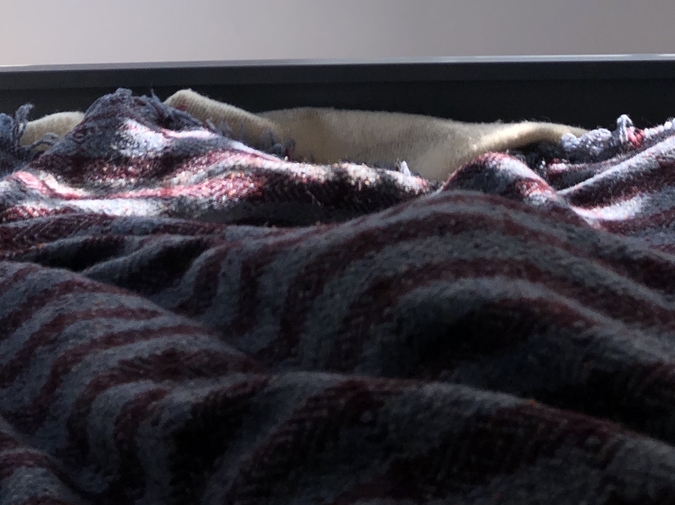 Bagels and lox were a rare treat when I was growing up. Once or twice a year my parents, my brother, and I—New York transplants, nominal Jews, acclimating to Southern California soil—piled into the car for the 25-mile excursion, before the I-5 freeway made it an easy jaunt, from our north county beach town to the Bohemian Bakery in downtown San Diego. Back home with our bounty—which might include a jar of gefilte fish, a loaf of dark pumpernickel, a wedge of sweet, gritty, marbled halvah—my father would divide the scant half-pound of paper-thin salmon into equal portions that we stretched over our cream cheese-covered bagels, like twin-size afghans on full-size beds. Chewy New York bagels with the works were a must when my daughter and I celebrated our birthdays in New York last fall. The first morning, we walked from our midtown Airbnb apartment to Ess-A-Bagel on Third Avenue, reported to be Manhattan’s best. As we took our place in the line snaking out the door to await the supreme breakfast sandwich—piled-high lox with cream cheese, onion,  and tomato oozing out the sides of a seedy, garlicky everything bagel—I thought about my mother, wished her here in spirit.

Bittersweet scenes interrupt my reverie. I was 32 when my mother died. Though not unexpected, my father’s call from the hospital was a cruel blow in the faceless gloom of night. “I’ll be right up,” I said, seeking the comfort of the remaining parental arms. But no, he told me, “wait until morning.”  Unable to sleep—surely he couldn’t either?—each hour an agony, I drove to their house before dawn. He sprang out the door as I pulled up. “Let’s go get breakfast,” he said. Not comfortable with shows of emotion, he must have figured I’d be composed, more manageable, in a public place. We sat across from each other in wooden near-silence at a 24-hour Denny’s. My pain was excruciating, muzzled grief fused with anger, even before I learned he’d hustled me away from his place because he’d already installed my mother’s replacement.

Brunch on Mother’s Day replaced visits to my mother with frills and flowers, replaced at-home mornings when my daughter gave me hand-made cards and gifts. After she acquired a husband and in-laws, Mother’s Day became an ordeal, many merging into a single boilerplate: a hotel restaurant on Harbor Island, our two bound-in-marriage families crowded around a table amid a crowd of tables in a hothouse of perfumed and corsaged merriment. Mediocre food, rushed service, and mimosas made with cheap sparkling wine, headache included. Now Mother’s Day is a quiet one-to-one celebration with my daughter, accompanied by good food and drink.

Bikers, surfers, and assorted beach hangers-on—I was among the latter—used to gather at Maynard’s, a Pacific Beach institution, on Sunday mornings in the mid-‘60s. New to legal drinking if not to the sport itself, poor and hung over but young and invincible, my friends and I downed double orders of red beer and 25-cent quasi-Spanish omelets.

Breaking up is hard to do, especially before one’s first cup of coffee. An ex-boyfriend and I sometimes ate at a rural diner east of the city. We liked the pancakes, and it was near our favorite thrift store. When a long-serving server said, “Hi again, guys—two days in a row!” I thought she’d confused us with someone else. Until I heard my guy’s intake of breath, turned and saw his grimace. I knew—at a gut level I’d known for a while—but betrayal before breakfast felt unnecessarily brutal.

Bacon-loving vegetarians are a cliché, I know. During my first meatless incarnation—in the ‘70s, when it was almost obligatory in certain circles—I craved, dreamt about bacon, blinked back tears when its smoky aroma wafted from a restaurant kitchen. Now a pescatarian, my resolve teeters and falls as I reach across to my husband’s plate. “Just a nibble…,” I say, glancing furtively over my shoulder like a shoplifter or adulterer as I bite off a crispy-but-greasy scrap. But I’m older and wiser now, liberated from dogma. My ecological, animal rights, and religious convictions are tenuous. Why deny myself?

Bread is the universal common denominator and the mainstay of my morning. In Amsterdam I ate brood with vlokken—dark chocolate flakes scattered on hot buttered toast. In Paris I enjoyed a flaky pain au chocolat or crusty baguette with my café au lait. In Italy I ordered toast at a coffee bar and was happily surprised with a toasted ham and cheese sandwich, hot off the grill. English cookbook author Nigel Slater recalls in his memoir, Toast: The Story of a Boy’s Hunger, “My mother burns the toast as surely as the sun rises each morning.” The kitchen would fill with smoke as she scraped burnt bits out the window. But, he says: “It is impossible not to love someone who makes toast for you.” It’s reciprocal. Butter wasn’t on our table, but my mother’s toast, spread with margarine, topped with cinnamon and sugar, was love incarnate.

Books and stories serve up breakfast as morning meal or as metaphor, from Homer’s Odyssey to James Joyce’s Ulysses. In The Hobbit, Gandalf consumes “Two whole loaves (with masses of butter and honey and clotted cream) and at least a quart of mead.” Anthony Trollope describes an ecclesiastical feast in The Warden: "eggs in napkins, and crispy bits of bacon under silver covers, and little fishes in a little box, and devilled kidneys frizzling on a hot-water dish." “Breakfast” is a story by John Steinbeck, a chapter of Moby Dick. It’s martinis in Breakfast of Champions, a symbolic escape from reality in “Breakfast at Tiffany’s.”

Breaking the fast can mean so much more, like Nigel Slater’s burnt toast and my mother’s cinnamon toast. Like the sight, sound and smell of sizzling bacon. Lox and bagels, at home or away, meager or lavish. Brunches and betrayals. Breakfast renders the past palpable, grounds the present, portends the future.

Alice Lowe had nonfiction works published in two Hobart baseball issues. Her personal essays on life and literature, food and family have appeared this past year in Superstition Review, Ascent,Waccamaw Review, Baltimore Review, Stonecoast Review, and Bloom. She has received Pushcart and Best of the Net nominations and a notable in the Best American Essays. Alice is the author of numerous essays and reviews on Virginia Woolf’s life and work, including two monographs published by Cecil Woolf Publishers in London. She lives in San Diego, California; read her work at aliceloweblogs.wordpress.com.