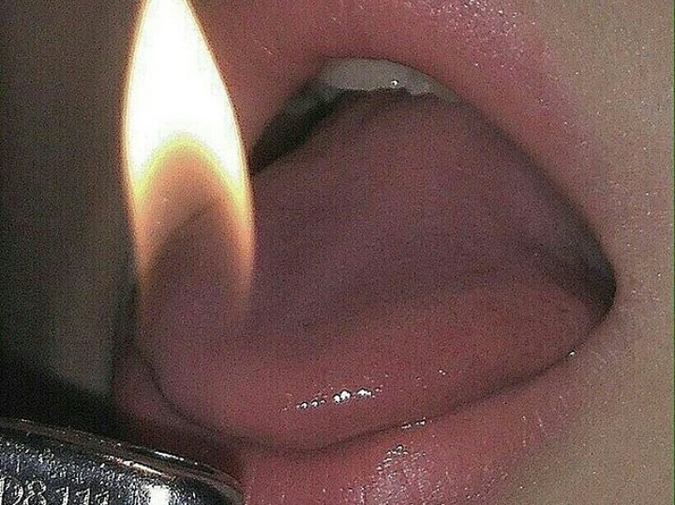 All the celebrities are getting plastic surgery. Now’s the perfect time to do it, nowhere to go. I read about this daily, shuttered in my apartment, watching myself age.

Time passes fast lately, and in the same pattern. I wake up and reach for my phone. I check my email, but there’s nothing there. I open Instagram, scroll: a former porn star turned avant-garde visual artist, a snarky pregnant podcaster with a skincare line, and Dr. Dan. Dr. Dan is a plastic surgery prodigy. He’s my age–thirty-four–but has what most men take longer to build: his own practice in Beverly Hills, a patented facelift technique called the Aura-Lift ™, and an impressive client list. Recently, he delivered Kris Jenner’s sister from saggy to snatched, a particular accomplishment, given Dan’s age.

During the day, I try to read and write, stay productive. I hope to come out of quarantine with something to show for so much time. I’m working on a novel about a plastic surgery addicted Instagram model, the same novel I’ve been working on since my first book published two years ago. It’s taking me longer than I’d like and I keep having self-defeating thoughts about how old I’ll be when it finally comes out, if it ever does come out. More generally I’m wondering if I’m wasting my time. I’m also re-reading Marguerite Duras’ The Lover, a book I’ve read so much the spine of my copy has broken; it’s held together with a binder clip.

The first lines of The Lover are spoken to the protagonist–widely believed to be a lightly fictionalized version of Duras herself–by a mysterious male character: “Everyone says you were beautiful when you were young…I prefer your face as it is now. Ravaged.”

The first time I got Botox, from an injector I found on Groupon (never do this), I was twenty-nine and about to graduate from a doctoral program that had left me with persistent frown lines. I was also newly motherless, newly married, about to publish my first book and embarrassed by my sadness, my vanity, and the ease with which I betrayed the feminist ideals I felt I was supposed to uphold. But then there was Jon, my new husband, his desire, my desire to fulfill his desire by being what he calls chill, not prostrate with grief. “There’s nothing as unattractive as a bitter old woman,” he said around that time, when I shit-talked a hot young poet at a reading in Bushwick. The poet’s work was objectively bad but also, Jon was right; best to stay young and hot forever.

“You look pretty,” he would say every time he saw me post-Botox, but that was it. I never told him and he never suspected, never noticed that my forehead didn’t move, and though at first my expressionless face felt un-feminist, over time I began to think of it as radical. In a world that objectifies, buys, sells women’s bodies, my emotions are a secret, known only to me.

By month three of quarantine, the Botox wears off and my face begins to move again. Those in power discuss reopening and I fill out the form on Dr. Dan’s website and request a consultation. I tell myself I’m conducting novel research. But also, I’m over Botox. I’ve grown out of getting frozen. Now, I want to get Aura-Lift™-ed. I want Dr. Dan to lift me up, to elevate and erase me, scalpel in hand, a true artist, a supernatural, godlike talent.

When Dr. Dan’s patient coordinator calls me to set up an appointment, she says it costs two hundred bucks and I give her my credit card number, easy. She assigns me a date in three weeks’ time.

“Is there anything sooner?” I ask.

“I’m sorry, honey,” the woman says, “but now that we’re open again, Dan’s got a backlog to address.” She lowers her voice. “Celebrities,” she whispers.

So I have to wait, that’s fine. I can wait. I turn on the TV and binge a series about fierce female friends. I count the wrinkles on Nicole Kidman’s forehead (zero) and speculate about her chin (implant?). I count the weeks, the days.

If you think thirty-four is young for a facelift, consider Bella Hadid; she did not get those cheekbones from sugar threads and filler alone. Bella got her face from Dr. Dan, or someone like him. Someone drew their scalpel over her skin, someone cauterized the edges when the blood pearled up, someone peeled her, pulled her taut. Consider @emrata, @alexisren, @bellathorne, every Kardashian. Consider every filtered fantasy you’ve ever seen on your boyfriend’s explorer feed. Consider.

“You’re not seriously considering a facelift, right?” Jon asks as the day of my consult with Dr. Dan approaches. “This is just, like, research, right?” I’ve been talking about Dr. Dan’s Aura-Lift™ technique a lot lately, giddy. But now I make my voice like whatever, like chill.

“Don’t freak out,” I say, “it’s for the novel,” for the art. Later, while watching Housewives, I make a point of maligning the women’s overworked faces. “Can you believe these hoes?” I say and gesture at the screen. Jon shakes his head. He can’t believe them, no, he can’t.

I park, ride the elevator up to Dr. Dan’s office. There’s a baby grand piano in the lobby,  a crystal chandelier and two perky women, one blonde and bangled, one brunette and young, who greet me.

“May I help you?” the blonde one asks. “Do you have an appointment?”

I feel slightly insulted. Do I look like someone who thinks Beverly Hills plastic surgery prodigies like Dr. Dan accept walks-ins? I give her my name and she leads me down a hall of treatment suites, tells me the doctor will be with me shortly.

I check my phone, then remove from my bag my old copy of The Lover. I don’t want Dr. Dan to see me on social media and think me shallow. The best plastic surgeons are cultured. They stand at the intersection of art and science and are not, generally, superficial. For example, according to Instagram and my own personal experience buying breasts, the top boob job guys are often married to un-augmented women. Natural looking, real women, women I might call plain if hard pressed to describe them. How these women retain their self-esteem, their confidence, when their husbands make a fortune off implanting celebrities with fake DDs, I’ll never know, though I wish I could. I wish I could have the confidence of those women, those wives, the confidence I imagine they possess, the confidence no prosthesis has delivered me, not yet. Which is why I’m here, waiting for Dan. I open the book. There’s a knock at the door. Very early in my life, it was already too late.

Allie Rowbottom is the author of the memoir JELL-O GIRLS, a New York Times Editor's Choice selection. Her essays and short fiction can be found in Vanity Fair, Salon, Best American Essays, and elsewhere. She is the recipient of fellowships and awards from Disquiet, Summer Literary Seminars, Inprint and Tin House. Allie holds a PhD from the University of Houston and an MFA from CalArts and lives in LA.