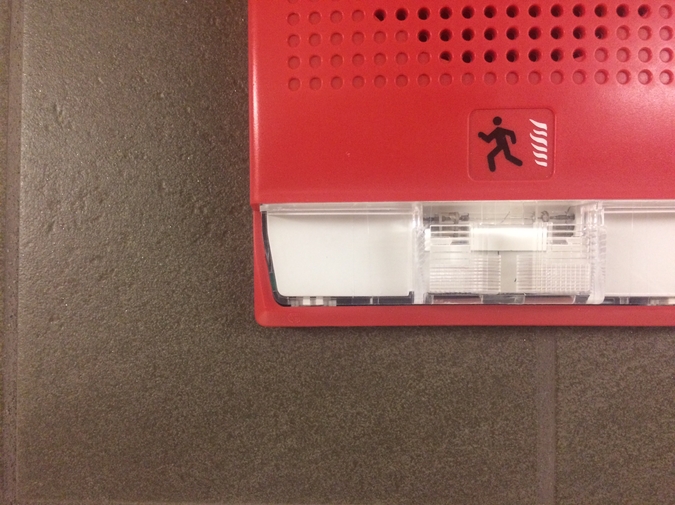 You go to school and you go to school and what you’re given are tiny bites that don’t feel like much of anything in your mouth. But then one day, your science teacher says that everything in the world is made up of the same basic components, called atoms. The universe is like an elaborate Lego structure, she says. “When you get right down to it, it’s all just studs and holes.” Your classmates snicker.

It’s as though your teacher has taken the pot she’s been feeding you spoonfuls from and poured it over your head.

“Why did you keep this from us for so long?” you ask her.

“We hadn’t gotten to the unit on matter,” she says.

You say to your parents, “How come you never told me about atoms?”

Your mother, who is plucking pill bugs from the garden and dropping them into a saucer of beer, says, “I figured your teachers know better than I do when you’re ready for that sort of information.”

Your father pounds plastic-wrapped chicken breast with his fist. He says, “I never told you about atoms? Hmm.”

A boy in your science class starts sitting behind you on the school bus. He whispers into your hair that he’s known about atoms for as long as he can remember.

“Man, what else don’t you know?” He looks at you like you’re the last bite of something delicious.

“She’s right,” the boy says that afternoon on the bus ride home, and he blows a long, slow stream of air against the back of your head that you wish would never end.

Another day, your teacher says that the parts of your body that are not empty space are not all you, that there are other organisms too. In fact, bacterial cells outnumber muscle cells and skin cells and bone cells. You are a walking ecosystem.

“Knew that too,” the boy on the bus says. He takes a hunk of your hair and puts it in his mouth.

“What makes you think this hair is even yours? It’s more bacteria and fungi than anything else probably, and I don’t think they mind the least little bit being in my mouth.” His voice comes out muffled with all that hair in the way.

Your teacher calls you by name, but you don’t hear her, and she has to say your name again and again before you look up and say, “What?”

She tells you to come up to the board and fill in the part of the Venn diagram where viruses overlap with living things.

You stand there and you stand there, the chalk shedding molecules all over your skin, molecules composed of calcium, carbon, and oxygen atoms, all atoms you already possess. You can no longer see the lines between things.

The boy, he’s grinning at you from the back of the classroom when you look up.

Later, on the bus, he says, “You left the Venn’s vaginal slit empty.”

You blush. “Nothing makes sense anymore.”

“Classification is bullshit,” he says.

The boy doesn’t stand up when the bus reaches his stop.

Then a few minutes later, he follows you off the bus. The kids who normally exit the bus with you take off toward their houses, but you stand there and look at the boy. If he were to push you, you wouldn’t even have to lift a finger or lean your body into it for him to experience an equal and opposite push from you: Newton’s third law.

“What are you doing?” you say.

He pulls two lollipops from his backpack. He offers you one.

With the lollipop filling his left cheek like a hidden eyeball, he says, “There’s so much more they haven’t told you yet. Don’t you want to know?”

Michelle Ross's fiction has appeared or is forthcoming in The Adroit Journal, Bird's Thumb, The Common, Fiction Southeast, Gulf Coast, The Nervous Breakdown, SmokeLong Quarterly, Synaesthesia Magazine, and other journals. She lives in Tucson, Arizona.