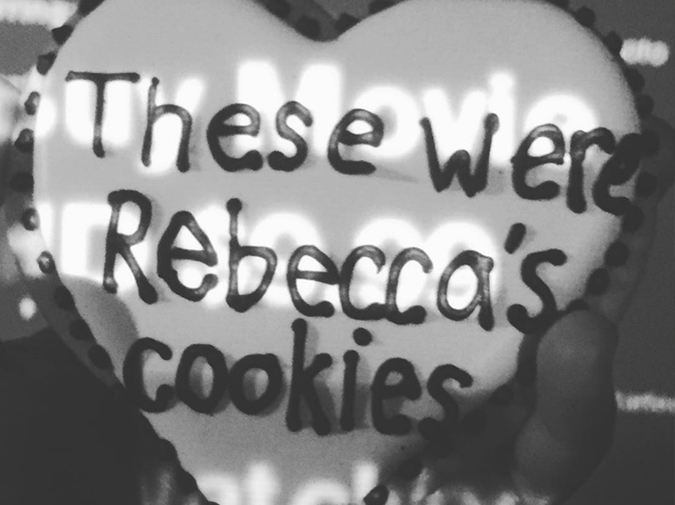 I had a rough time losing the man I loved when I was too young to know how to proceed. His name was Patrick Conroy and he was smart as a whip and kind but he ate something that made him sick and next thing I knew he had choked on his vomit and within 10 minutes he was dead and gone.

I will tell you my story tomorrow, if you have some time.

HEY THERE, Bill Baxter. This is your friend Sue Parnet. I just now saw your name pop up and decided it is time to see how you are doing. I have been looking forward to seeing you soon after losing you some years ago. I have been around long enough to know who the good ones are and as far as I am concerned you are at the top of the heap. We were young when I met you, and I was insecure being around men. However it didn’t take me long to see that you were the one for me.

I would love to talk to you, if and when you some time. I have had a rough time these last couple of weeks. I am sitting in the lobby @PiperHills where I live now but there are just about no people here this afternoon. There is nothing to do here except to keep it together. I will return to my apartment @312 this afternoon. If you feel like talking I could call you or send you a message. There is NO hurry, but now that I have found you, I do NOT want to lose you

SUE PARNET has been watching the Travel Channel, which I have been watching all day because it is mesmerizing and I hate to give it up. At some point I have to move on—I can’t spend the rest of my life @Assisted Living.

I had no idea that Patrick Conroy would die in front of me as he was dying. YES, I was devastated, but eventually I got over the nightmare I had suffered through and with time and the support of family and friends, I got back on my feet again. YES, It was hard for me for a long time, but slowly, slowly I managed to get going again. I am Still happy

WOW I have just received a message from you, which made me very happy. I definitely have no interest in putting you on the spot, but I like the idea of talking to you when and if you are in the right mood. You are a kind and smart person, and all I want is to have your friendship. Mostly because you are smarter, and kinder, than many men are. We can chat once in awhile, go to a movie, watch TV, go for a walk

I forget that you live in New York. But that is not a big deal. It would be nice just to chat once in awhile on the computer or the phone as I am doing now. Time will tell! I would be happy just to have you as a friend, with whom I can have a decent conversation.

I can see the linoleum which is a strange thing to see and fleur de lis on it that you could never get the dirt out of the curlicues. When Patrick Conroy choked he reared up and kicked and lay on one of those that he just walked over on with his plate of steak and steamed brussels sprouts.

I forget where you went

My husband, Patrick Conroy who was a wonderful guy, was very sick, and at some point he started barfing and choked on the vomit and he died right in front of me. I was heartbroken, because I loved him and had no

Your mother was beautiful. She had long beautiful black hair with streaks of grey in it and she couldn’t have been more than 40. How did she die or is she alive? She smiled at me and took our picture before we went to the prom. Do you have the picture?

I am all for reliving the GOOD times and the beautiful times. Where were we we stood in that hotel?

Which in turn might have killed me. I never held the baby in my arms and mourned about it for a long time.

I still cry when I recall the nightmare I lived through, as they pulled my dead baby out of my womb.

SUE PARNET has seen the snow pile up. I am in my friend Edward’s room who lives on the ground floor and it is past the windowsill it’s funny how it makes him so quiet. Patrick Conroy and I walked in the snow back in Michigan and he always held my hand because I was nine months expecting

The truth of the matter is that I had a hard time after the only baby who I would ever deliver died inside of me. The doctor was frantic because the chord was wrapped around my baby’s foot, and every time she kicked, the knot became tighter which meant there was a good chance that she would die inside of me. When the doctor saw what was happening, he knew he had to cut the cord. However, the baby

I have thought about you often, but I never get around to contacting you. I decided that this was a perfect time to contact you again.

I have had lots of problems which included hurting my back more than a few times, when I fell out of bed and banged my forehead on the nightstand next to my bed. I fell down a couple of times and got myself some walking sticks, as that was the only way I could walk for more than 15 minutes at a time. After that I was diagnosed with dementia, which did me in. I have lived for many years thinking that I would end up with the Alzheimer’s my mother had. Only when she died, did I learn that she had a 4.0 average in chemistry, but the only job she could get was teaching cooking and sewing.  As Rosanne Roxan

“It is always something”

I live under a black cloud and they call me Calamity Jane but it is not so bad. I just wish you would visit. I have been very careful about spending my hard earned money and I would like to get out of here on a more regular basis, as it is boring here @Assisted Living

I have loved you for a long time and hope to see you again one day soon. Where are you living now? I know you told me, but I cannot remember what you said. I honestly want to spend some time with you, but I have had other problems I need to address. But I recall even my parents, Bill and Alicia Parnet, enjoyed your company, as did I, Sue Parnet.

SUE PARNET has finished her breakfast and will return to my little apartment for awhile. I am VERY happy to have made a connection with you, you of all people