An Interview with Victor LaValle 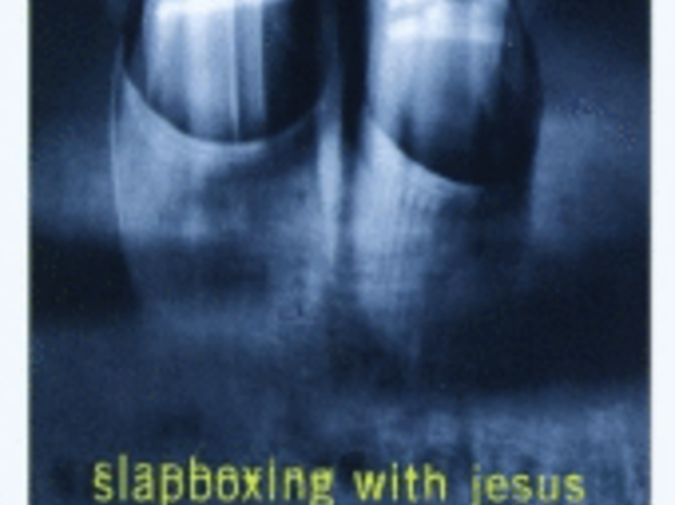 NOTE TO READERS: this interview with Victor LaValle went much longer than expected, and we couldn't bear to part with any of it. So, consider this a teaser for the full interview, which you can (and should...trust us) downloadHERE.

I met Victor LaValle last winter, at a Warren Wilson College reception. There, we discussed Melville's Benito Cereno while obstructing everyone else's access to the wine table. A bit starstruck after gobbling up his collection of short stories, Slapboxing with Jesus, I was afraid that I sounded to him more like a giddy teenaged girl than an MFA candidate. Luckily, I had the chance to re-claim my intelligence when I proposed an interview with Victor on the topic of Narrative Voice. He accepted, and what follows is our e-mail conversation over a period of one month discussing topics ranging from Grace Paley and Bruce Campbell to the Land of Mnar and pussy-eating champions.


AMY: Let's begin our talk about Narrative Voice by defining the term--which isn't an easy assignment. If the Oxford Dictionary of Literary Terms admits that Narrative Voice is "a vague metaphorical term," that doesn't bode well for fiction writers when we want to talk about it. Here's a quote I use when I'm asked to define it, and I concede that it's cheeky as hell. (I won't reveal who said it or in what context. Not yet. And I'm hoping you don't know.)

For the benefit of at least this one writer who lacks a solid definition, would you please share your own definition of narrative voice? Perhaps you might even elaborate on how you arrived at that definition.


VICTOR: You're right about the quote being pretty cheeky. It's funny, but I also don't think it's very generous. I don't know why but so many writers seem to act as if there's a magic key and those who've been published get to use it and those who aren't never will. When, of course, we used to kick our feet at that locked door just like anyone else and, frankly, when it creaked open it was a complete goddamn surprise.

So. Voice. My definition of "voice" is personality. And since everyone has one (just about everyone) then everyone has a Voice. A lot of times, when I'm teaching, students will discuss voice as if it were just another craft issue. "In this story I want the voice to be a 90 year old woman's." "Or I want to use the voice of a tough cop." I understand what they're saying, they want to see how different characters sound, but that's not the same as voice. As far as I'm concerned, each of us is born and raised with only one writer's Voice, and no amount of camouflage is ever going to disguise that.

I find that a lot of times, when I say that, a fair-sized contingent rise up as if I've just violated their Civil Rights. Where is Martin Luther King Jr. to protect their rights of invention and imagination! They seem to think that what I'm saying is that since we each only have one true authorial voice then everything we write must be autobiography. But that's not what I mean at all. That interpretation takes too narrow a view of exactly what personality is. Personality isn't just the sum total of our experiences, events we must regurgitate onto the page for the rest of our lives. Personality is the kind of news we're drawn too, our sense of humor (or lack thereof), it's not just how we are but how we see the world. In my experience the pessimistic people always end up writing stories of gloom or loss or, at best, boredom, whether their main character is a sheriff or an alien or an office worker. Meanwhile the optimists can find a silver lining in the middle of a story about the Civil War. Why is that? It's because their personalities control so much of the story and that's a part of their authorial voice just as much whether they use slang of the King's English.

I think of writing fiction as a way to tell stories, a way to entertain, a method of impressing people who might swoon over a beautiful sentence or two. I view it as a way of getting attention for myself because I really like attention. It's a way to try and make money (though how much depends on things beyond my control). A way to keep publishing stuff so I can get teaching work. A way to seduce bookish women. A way to understand history and morality. A way to challenge every writer who has written before me. But most of all I view writing fiction as a lifelong pursuit toward self-awareness. I try to remind myself that even if all these things do come true (I do publish, I do get jobs, make money, meet women) it's of little consequence if it doesn't help me change and, hopefully, become a more understanding (could I even say better) person.

Obviously, this whole definition might be distasteful to a lot of people. It starts to bring things like ethics and morality, philosophy, into fiction and not everyone wants them there. Also, there's the understandable fear that the next step is something like John Gardner's On Moral Fiction. A book which made some fine points, but became pious and hectoring and, to be frank, just seemed to revel in insulting folks, pissing them off. So I don't mean to go in that direction, but this leads back to the idea of writing as a quest for self-awareness through the telling of some kick-ass stories. When you think of it that way you might see why I say voice is simply personality. There's nothing simple about it, but the person you are (in total, at that moment in time) is what creates the story you're writing. It's infused in every piece of punctuation, in the plot, in the most minor character who crosses the page. It's all your voice.

Sometimes I'll read a piece, whether by a student or a published writer, and get to the end feeling somewhat unhappy. Even when it's good there's some distance, a veil, across the page. Somehow it feels lifeless. Then I'll actually meet the person and they'll be nothing like their story/novel. What I mean is that I'll meet a person and she's lively, smart, funny, a little weird, but then her very admirable novel was written in this dry third person omniscient tone, it focused only on the grim cruelties of existence, and it came to a sad but predictable end. The trouble is how I reconcile that book with the women I've come to know. She may feel she's going in the right direction (and critics or fellow students may say the same), but my question will be "Why doesn't this writing sound like you?" It doesn't have to use her diction. It doesn't have to have the same geographic origins that she does. But when I read people who have mastery over their voice I always find (always) that when I meet them or hear them speak I can detect the same essence that I discovered on the page. It must be like when a grade school teacher has parent conferences and finally gets to meet the mother and/or father of the child they've been dealing with all year. The parent walks in the room and almost instantly the teacher says, Ah yes, of course you're her parents. For me, that's when you know you're narrative voice is successful. When it's undeniably, recognizably yours. Even in the dead of winter, covered head to toe in a snow suit and a scarf, you can stand at the edge of the playground and say, That one, right there. That's my kid. 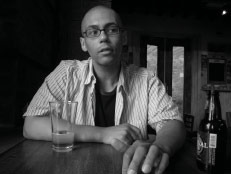 The quote is from Bruce Campbell, B-Movie Actor, in a TV advertisement for Old Spice. The ad is a satire about masculinity, and it's not meant to be generous in the way of instruction--so you're right there.

Leave it to me to take that Bruce Campbell quote as something earnest! I thought for sure it was going to be a quote from Flannery O'Connor or Henry James or Toni Morrison. Some wonderful writer who takes him or herself much too seriously. And I really hate that kind of nonsense, thus my book length response in the last exchange. My apologies, both to you and the great Mr. Campbell.

Nevertheless, I've opened a can of worms (I didn't intend it, but I'll go with it now) of whether those who have suppressed their Voice can be taught to bring it out in the open by following some instructional method, or if Voice only rises to the surface for a gifted set. Of those I've met who have mastery over Voice, they usually cannot articulate how they do it. Usually, it's something they've always been able to do without any instruction at all. I believe you have mastery over Voice, Victor, and judging by your book reviews I'm not the only one who thinks so. Has Voice always been in that "strength" column for you? I'm not talking about the work you've likely done to fine-tune it, focus it, sharpen it. I'm talking about the ability to put your personality on the page without anyone having to tell you, "You know, Victor, this writing just doesn't sound like you."

I have to admit that I've always had a pretty easy time with Voice (much more so than plot or narrative, for instance). I do think there are aspects of craft that people have a natural affinity for (like there are natural novelists and natural short story writers), but having this natural affinity doesn't mean that you can't learn other skills as well. For instance, I'm just not a natural when it comes to plot. When I started I had the hardest time thinking of progressive action. When I look at both my book of stories and my novel I see they're really just groups of incidents, spread across 20 pages or 300. But I've been working pretty diligently at learning how a narrative flows and how you satisfy most readers' natural desire for plot and with this new novel I'm really coming to understand it and use it. What I mean is that this time I'm not using my facility with Voice to disguise the fact that I don't have a plot worth a damn. I'm trying to mix the two, which actually means pulling back on the pizzazz of Voice to make room for the pizzazz of plot.

When I think of why Voice has come pretty easily to me I think it's because I never really felt any discomfort with the idea of placing myself on the page. For instance, it never ever occurred to me that there were things I shouldn't admit or expose about myself and about all the people I knew.