An Interview with Larry Fondation 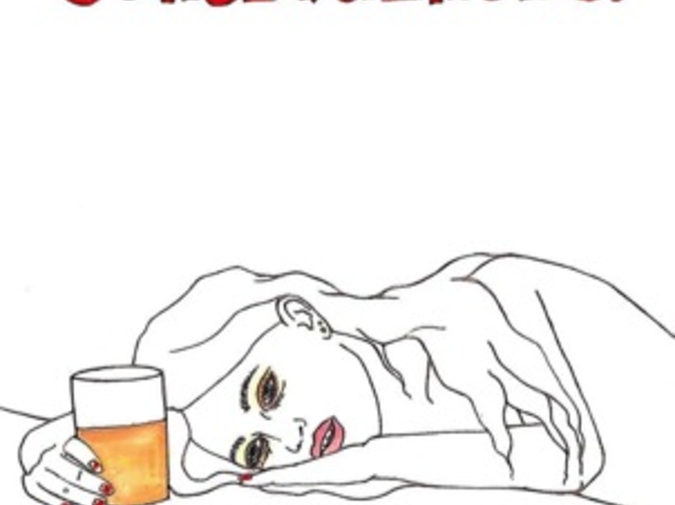 Larry Fondation is the author of four books, all of which display his mastery at quilting micro and short fictions to create large bodied tales.

His latest collection, Unintended Consequences, blends a multitude of quick and short stories to display a harrowing slice from the rot-gut life of under-belly Los Angeles. It is a great study for anyone interested in shorter-fiction formats.


Unintended Consequences is your fourth book of fiction, and in each of your works you use vignettes and simple scenes with great precision and lucidity. In "Piso Mojado" of Fish, Soap and Bonds, for example, you give a snapshot of the inside of a convenience store. In "Don't Walk" ofUnintended Consequences, you sum up a vehicular manslaughter and subsequent suicide in 153 words. How do you come up with these scenes? What inspires them?

Urban life seems to me to be marked by a multitude of occurrences, of discontinuous incidents and syncopated rhythms. Traditional narrative arc works well for certain kinds of portrayals. But not necessarily for the jumble of urban living, especially living on or close to the streets. Indeed there a lot of unintended consequences in contemporary life on both large and small scales. I try to approximate the discontinuity with short, stark vignettes that I hope, when taken together, add up to more than the sum of their parts.

I am also highly influenced by the visual arts. The photographer Henri Cartier-Bresson talked about capturing life at "the decisive moment." The idea is to evoke a broader, more complete story at a given moment in time. Of course, this leaves much to — in this case — the viewer's imagination. If you look at Van Gogh's "The Potato Eaters" (1885), you see poor people eating a frugal meal. You can infer a whole story just looking at that one image. Van Gogh even talked about how the painting smelled“ not like paint, but "of bacon, smoke and potato steam." You can ponder the barkeep's entire life while looking at Manet's "A Bar at the Folies-Bergere" (1881). Even abstract painting goes for a sort of evocation. I think it would be great to be able to achieve that sort of suggestion and simultaneity in writing. I am not saying I can do that, but I am striving for it.

Now, in the internet era, the momentary is even more prevalent. One can Google shark fin soup one minute and Talleyrand the next... that's life as it's lived now.

Formally, my fictional project is largely one of compression.


Writers are influenced by life and reading. You were raised in Boston and now live in Los Angeles. Your fiction is markedly urban. But which authors do you feel influenced you the most? Does lit or life have a larger impact on your style?

I am indeed a very urban person. I don't go camping or anything like that. I am most comfortable on concrete and asphalt. So I think urban life has had the largest impact on both what I write about, clearly, and on my style. But I do read a great deal. Just walking into a good bookstore is sexy to me.

So I have a long list of "influences," from Cervantes, Hawthorne and Crane to Beckett, Borges, and Max Frisch. All aspirational, of course — all these writers are way out of my league!

But I remember my first reading of Hubert Selby's Last Exit to Brooklyn. It blew my mind. First of all, I grew up very blue collar. "Writer" was not on my list of possible vocations. Vocational schools were the sites of sheet metal shop and auto body repair practice. (A college scholarship did help me get away from those kinds of professions, which I respect, but at which I suck.) Then I read Selby. It was stunning to me that someone could write about the streets like that and in prose like that. Stylistically, I am not much like Selby but the whole subject matter and torrid prose! Wow! And, Samuel Beckett — all the "closed space" novels. So brief and beautiful and haunting.

Finally, in addition to the "very literary" stuff, I also have read a lot of Donald Goines and Iceberg Slim and all.

In addition to growing up in inner city Boston, I also worked in South Central Los Angeles and East LA for 15 years. So, despite all the reading, it's still a slight edge towards lived experience.


This is the second book in which you've worked with illustrator Kate Ruth, who does a remarkable job of rendering your characters. How did you two start working together? What do you think the illustrations add to the work?

I just called Kate in London to answer this question accurately. We started working together about six or seven years ago. But we only physically met two or three years ago. Since we began collaborating, she has lived in New York, New Zealand and London; I have been in Los Angeles the whole time. I read about Kate and her work in The Fader magazine. We exchanged emails, and then sent each other our work. I loved her drawings; she liked my stories, and we began. All online. (We do talk on the phone every so often. Even then, we catch up on our lives, tell each other stories, or maybe talk about deadlines etc. We rarely discuss the content of the work. Luckily, that has just flowed.)

The getting together part has had its funny moments. I have friends who own and run Ghetto Gloss Gallery here in LA, a very cool art and performance space. They did a show of Kate's work — 135 small paintings. Kate was planning to come for the opening. But it was only a couple of years after 9/11, and she had some travel problems and couldn't make it. I was her proxy for the opening and the show. Though we have actually only hung out once, I think we both feel we've gotten to know one another quite well.

It's been a fun and interesting process. I just send her writing and she draws what she wants. We even have one piece in Unintended Consequences that reverses the process: I wrote a story based on one of her drawings — two stories in fact, companion pieces as it were. I'd like to do more of that. UC has more than 40 of her drawings in it. I love that. I think it changes the boundaries of the book itself.

Kate's got a great website (www.kateruth.com). On it, amidst a ton of other terrific work, she is documenting some of our ongoing collaboration.Â I love the idea of visual art and writing together and I love Kate's work specifically. Writing is sequential. While I try to subvert and circumvent that a bit through brevity, it can't really be done. It's the nature of the medium. With the drawings there, we can go for a kind of simultaneity. The art jumps out before you read the story. And Kate puts words into the pictures. Clearly, she and I share some "sensibilities." (Though I hate to put a fancy word to it because it has really just developed naturally.) I think her drawings add immeasurably to the work, give it a whole new dimension. The bottom line is that Kate's work is just fantastic. I am both delighted and fortunate to be collaborating with her.

My ideas about structure relate to my notion of the discontinuity of life that I mentioned earlier. While I reject and struggle with traditional structure on the one hand, I do respect structure â€“ alternative structures, as it were — and I think we need to re-think structure in general.

Again, the visual arts tend to do this re-thinking pretty well — Duchamp did both "Nude Descending a Staircase No. 2" and his infamous, R. Mutt-signed "Fountain," his found object urinal. Recently, the Museum of Contemporary Art (MOCA) here in Los Angeles did an exhibition called "Painting in Tongues," a show of several younger artists who deploy different structures and styles across their works. They reflect the sense of inconsistency that marks all our lives indeed.

Literature, unfortunately, seems so much more conservative. It hasn't always been this way. For example, I'm now re-reading Beckett's All Strange Away. Amazing stuff.

Regarding Unintended Consequences, the structure emerged from the patterns I was seeing in the writing itself, as I was writing it. But I do have recurring, conceptual notions about structure. I grew up Roman Catholic in Boston and I'm still quite culturally Catholic. My last two books both have a three-part structure — not a Hollywood 3-act drama — I'd likely spoof that if I could, or vomit — but more directly Catholic: Triune, Trinitarian, etc. I don't say this with pretension or presumption; it just happens that way.

The flip side is music — rock and roll records. "Albums" have their own form. What works is what works. It has to fit together. Artists often leave good songs out because they don't fit with the album as a whole. I subtracted about five stories from Unintended Consequences as I edited the manuscript. It wasn't necessarily a decision based on the quality of the stories. Some of them just didn't feel right for this collection.


How do you balance your writing with your career? What do your colleagues think of your fiction?

Actually, my day job and my writing don't intersect much. Both on purpose and by accident. But my work is brief both because I want it to be and because it has to be. I don't have as much time to write as I'd like. The book I am working on now is my most complicated to date. I do wish for 28 hour days.

I just want to add that I think all good art should be disturbing in some way — aesthetically, politically — in one way or another, it should upset the established order. It should not be safe. I am not talking about shocking, but genuinely upsetting. Shocking is, in fact, the new safe. In our "nothing's shocking" culture, there is plenty of shocking and stupid art and writing out there. What I am driving at is that the primary power of art should be its emotional impact.

Larry Fondation is the author of the novels Angry Nights andFish, Soap and Bonds, and the short story collection Common Criminals. Another story collection, Unintended Consequences, will be published in July 2009. His two most recent books feature collaborations with artist Kate Ruth. Fondation has lived in LA since the 1980s and worked for fifteen years as an organizer in South Central Los Angeles, Compton, and East LA. His fiction and non-fiction pieces have appeared in a range of diverse publications including Flaunt (where he is Writer-at-Large), Plastique,West, Fiction International,Night Train, Quarterly West, the Los Angeles Times and the Harvard Business Review. He is a recipient of a 2008-09 Christopher Isherwood Fellowship in Fiction Writing. He can be contacted at lfondation@aol.com

Brian Allen Carr's fiction has appeared or is forthcoming in Boulevard, The Texas Review, Front Porch, Pindeldyboz, elimae and other publications. He doesn't blog at www.brianallencarr.com.