An Interview with John Brandon 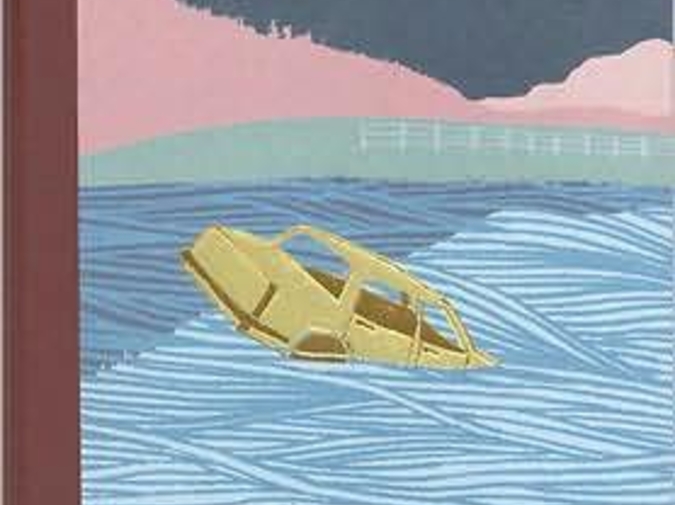 John Brandon's debut crime noir novel Arkansas is full of men who become bored or dissatisfied with the straight life and who, in the process of trying to find something else, end up working as part of an illegal drug running operation. This is how twenty-something Kyle Ribb meets his partner, the college dropout and estranged but dutiful older brother Swin Ruiz. Both men are young and disillusioned, itching with angst at the offerings of a straight life, at the men they could be working for and the women they might be dating. Kyle was orphaned as a teenager by the accidental electrocution of his mother; her death "mere verification... that the world had no intention of offering him a worthwhile life," while Swin left academia a disillusioned petty criminal, stating that "there was no more rebellion for the thinking man... Rebellion was stored in a distant warehouse under a fake name." Thrown together on a run, they become marooned as subordinates of Pat Bright, a minor drug boss posing as a park ranger, whose park becomes the launching pad for the rest of the novel.

In my review of Arkansas for NewPages.com, I concluded by saying:


Recently, John Brandon was kind enough to answer a few questions for us about the setting and structure of his novel, as well as how he keeps his mind fresh for writing and what he's currently working on.

To start with, I was wondering about the inspiration for Arkansas. You come from the South, but from Florida, and I know you've stated elsewhere that Arkansas was a state you hadn't spent much time in. Why Arkansas, and why drug running?


I had driven through Arkansas a few times, crossing the country, and it felt different than the other states. I had done a weekend here and there, lived in Memphis. Arkansas seemed mysterious. It was hard for me to get a feel for it. I felt like I had a lot of waggle room because anything could be going on in this state. I don't like to write about places I know well; it's harder to mold those places into what I need them to be. I don't like to know where every 7-11 and Bank of America are. I don't want to have emotional attachments to this drive-in or that high school soccer field. Same with drug running, really. I don't have any particular attraction to drug running as subject matter, but it felt like a vast pen to play in.


How important is place to your work? Do you feel like the setting—which in Arkansas is so vividly drawn--forms your characters, or is more a matter of finding the right place to put characters that come fully formed on their own?


The dialogue in Arkansas is one of the highlights: It's tough and revealing and very witty, but it also strikes me as a bit of a smokescreen.Â  Kyle and Swin are constantly justifying themselves and trying to explain who they are, but so much of what happens to them in the book is the result of what they don't say, either to each other or to their superiors in the drug ring. Is that an accurate reading, and if so, what made you construct the book in this way?


I'm not sure this is an answer, but I certainly noticed that I had to force myself to write the on-topic dialogue in Arkansas, dialogue dealing directly with the perilous situation Kyle and Swin are in. The fun, natural dialogue came when they were shooting the shit. It's harder for me to advance a lot of things at once—character, atmosphere, theme—during on-topic dialogue.


There is a distrust voiced by Kyle and Swin of both work and academia, the only two places most twenty-year-olds end up. Early on, this passage comes up after Kyle loses his job in a bike shop:


It's an interesting observation, and certainly just about everyone's felt that way during the years of menial jobs that can either supplement or replace college. What makes me curious is you wrote a book with as many indictments of work as Arkansas, yet I remember reading in the interview you did with Subtropics how you've been worked temporary manual labor throughout the time you were writing the novel, and still are as a way to work without taxing yourself mentally. Is your disdain for the way work affects these young men how you really feel, or merely a mode of thought you've given to these characters?


I can't imagine enjoying the work I do for money, and I'm not sure I'm meant to, but then I've never had a nice job. I hope, before long, if anyone will hire me, to teach at a university, so as far as academia goes, I think I give it a hard time because I miss it. A proper college town is the best kind of town. Manual labor jobs: I wouldn't say I choose to do those. It's what's readily available. I'd rather have a nice job. I do like to point out the merits of working with your hands and not tiring out your brain with paperwork and office banter and such. There's something to be said for not taking your work home and staying fresh for writing. And it can't be denied that there's more material to be mined at the lumber mill and the factory and the warehouse than by sitting in the same cubicle half your life.


Academia gets a similar treatment from Swin, who despised and deluded his Vanderbilt classmates, and of course there are two separate scenes where Kyle hits a professor and then later murders a frat boy. In rejecting work and academia, are they forcing themselves into a life of crime, or are there places they could have made different choices along the way?


Kyle and Swin are certainly not forced into crime. I don't think either of them is looking for it. When it comes along, it's a way to avoid doing everything else. That's always been my fascination with movie mobsters—that they don't have to work. Not that they kill people or take marinara sauce seriously. Killing someone is no big trick if you have a gun, and my grandmother makes great marinara sauce.


The structure of Arkansas switches between the third-person main narrative about Kyle and Swin and the second person narrative about Frog, allowing Frog to co-exist alongside the two men, even though they never actually meet. It works very well, and adds a lot of complexity to the story's events that even Kyle and Swin aren't privy to. What other effects did you intend for this to have?


When I started with that second-person stuff, I didn't know why I was doing it. I sensed it was right. Later, my editor and I decided we'd better try and justify it, and we kicked around a couple ideas. The shift distinguishes the Frog sections, which take place in the past—lessens the chance for confusion. The reader is forced to identify with the villain, to track Kyle and Swin down as Frog does. I could make other things up.


Arkansas has been out for almost six months now, which means you probably finished writing it a year before that. What's next for you?


I'm finishing up a novel set in Florida. Like with Arkansas, it's set in a part of Florida I've driven through a lot but don't know well. The novel's about middle school kids.


Finally, and just for fun: So I read a blog post about a torn copy of your book (http://www.absolutegentleman.com/2008/08/09/arkansas/), and how the blogger asked that you call him and read him the missing pages. It's pretty cool that you tried to humor him, even if you didn't actually connect. Do you think more and more people are reaching out to authors, because of the Internet, or do you think that's just part of being a member of the McSweeney's family?


That seemed a very McSweeney's thing to have happen. They're so accessible.


Thank you for your time, and good luck finishing the new novel. I can't wait to read it.

Matt Bell lives in Ann Arbor, MI, with his wife Jessica. His fiction has appeared or is forthcoming in Meridian, Barrelhouse, Monkeybicycle, Keyhole, and Best American Fantasy 2008, and his chapbook How the Broken Lead the Blind will be released from Willows Wept Press in January 2009. He can be found online at www.mdbell.com.