An Interview with J. Robert Lennon 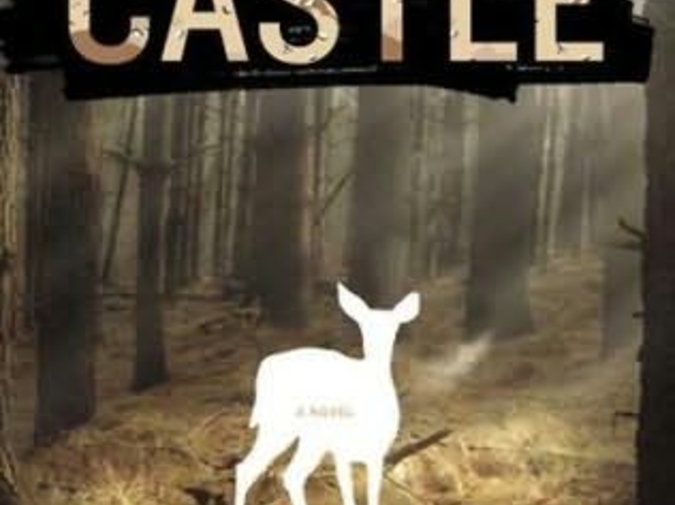 I first read J. Robert Lennon in a short-lived lit mag out of Philly called Night Rally. I picked up a copy of the first issue at Borders after a Michael Chabon reading in October 2000, and Lennon's story, titled "Triptych" if memory serves, inspired me to submit something I wrote. The next issue included my first-ever published story; the magazine folded soon thereafter. Since then, however, I've found a kind of kinship with Lennon's work. He has created the models for the variety of thoughtful, eviscerating, and fundamentally decent fiction I would like to write if I only had his talent. We've never met, but I've followed his career with enormous joy and, I have to admit, serious jealousy.

In 2001, the Philadelphia City Paper asked me to write up Lennon's third novel, On the Night Plain, a book that fulfilled every promise that "Triptych" made. Even if my review wasn't 100% glowing, I wrote that it was "without question among the most delightful and charming books of the year." Exactly two years later—how fast does that man write?—I reviewed his next book,Mailman, for the Washington Post. My comment that "'Masterpiece' would be an exaggeration, but only a small one" has been plastered on the cover of nearly book of Lennon's since then. (Full disclosure: Lennon has recently and graciously agreed to blurb my own first book, which is forthcoming.) Since then, he has published Pieces for the Left Hand, a collection of thoughtful and thought-provoking vignettes—including a version of his old "Triptych"—that accumulate into something like a novel-in-short-shorts. He has also serialized an entire novel, Happyland, in Harpers; that one featured his creepiest character to date (at least until Dr. Avery Stiles in came along in Castle) and is definitely worth excavating from the online archives.

Castle is Lennon's most recent novel, and I would say it's the best, most complete novel he's written. In it a troubled veteran named Loesch returns to his upstate New York home and buys a plot of forested land. You probably know this by now from the national review attention, but at the center of his land is a small parcel he doesn't own. When Loesch goes to investigate the building he finds there he is forced to reconcile a series of unseemly actions in the Gulf War with his rather unusual childhood. The critics' comparisons to Kafka are fully justified. (Stewart O'Nan, whose opinion I have learned to trust wholeheartedly, calls it "some hypnotic Kafkaesque mystery or alienated upstate fairytale.") I have no problem calling J. Robert Lennon the best writer of his—which is to say of my—generation. He was nice enough to answer my questions via email over the span of a couple weeks in June and July.


How fast do you write?

Generally about 4 pages a day, in first draft. 5 days a week when I'm really cooking, but I'm not cooking at the moment. Revising is slower, and I spend a lot more time revising than writing, when all's said and done.

The plot of Castle relies to some extent on Loesch's poor memory. Does his almost conspicuously faulty memory in someway reflect our own willful ignorance (manufactured evidence, yellow cake, &c.) that led to the war in which he found himself in over his head?

Yes, most definitely. I was consciously trying to find some way of evoking the collective denial that went into manufacturing the war—but I wanted to do it through Loesch's psychology, not through TV and radio reports, or some baldly political gambit. Loesch isn't an amnesiac—his ignorance is willful, and the novel is the story he is telling himself to arrive at the result he wants.

To what extent is fiction suited to address unseemly political circumstances? Or, put another way, why is so much contemporary fiction so disengaged from the world around it?

I think about this a lot, actually, and I'm not sure I have an answer. I don't think there's anything inherently unsuitable about fiction as a venue for political commentary and activism. But what we expect from fiction is the truth about life as we know it, as expressed through characters and narrative voice. And political content, in this context, can easily sound like the writer asserting herself rather than the characters thinking their thoughts and living their lives. The story may come to seem like nothing more than a front for some kind of polemic, and we read this kind of fiction as stilted and false. When the writer channels the political through the personal, however, he has the opportunity to create something both artistically satisfying and politically significant. I mean, we don't read Toni Morrison's Beloved and say, "Aw, this is just anti-slavery propaganda." We receive that as a book about real people, with real problems.

The trouble is, this is really difficult to do. I think this is why most writing is so detached. I spent a year trying to figure out how to write, using fiction, about the psychic burden that torture has placed on the backs of Americans, and had a lot of false starts before I came up with Castle. I'm sure there are people who will think I still didn't succeed, but I do believe I wrote the book I needed to write.

And I should add that I don't think contemporary fiction is any more disengaged from the fiction of other eras. We just don't remember the disengaged fiction of the past—it stops being relevant to the culture very quickly and disappears.

I'm not terribly interested in generalities, but what are your obligations (moral, political, aesthetic) as an artist?

I am leery of the notion that artists should have any particular obligation to anything except their own aesthetic and moral values. But for my part, I do feel—not obligation exactly but gratitude for the world that inspires and sustains what I do. And so I want to pay homage to it.

In the case of Castle, which is what I think you're alluding to with this question, I felt the need to address what I considered an offense against what I love about mankind. The book doesn't have a political agenda exactly—it's more of a deeply personal response to a political circumstance.

What are your writing habits like these days and how do they affect what you write about?

I'm not sure my writing habits really affect what I write. I tried once to write an entire novel longhand and then type the second draft onto a manual typewriter—this was my 1940's western, On The Night Plain. And it didn't seem to make much difference to the work—the book turned out more or less as I'd envisioned it—or rather more or less the way I think it would have gone, had I used my computer. Nothing really turns out as expected, or it shouldn't anyway, if it's any good.

These days I have to squeeze my writing in between teaching and other academic duties, so my efforts are a bit more concentrated. But in general I'm producing the same as ever. Writing has become enough of a constant in my life that it takes a major upheaval to dislodge me. This spring I've mostly been working between 8 and noon, on the sofa, in my pajamas, with a laptop.

A meandering novel about a video documentarian. Not sure where it's headed, but it involves crystal meth, braces, a fall from a barn loft, and chickens.

What authors and musicians do you find yourself turning to most often for inspiration?

Lately, the poems of Frederick Seidel have been getting me excited, and I saw a great reading last week by the poet Bruce Smith. There is also a new Lorrie Moore story in this week's New Yorker, holy shit! I'll save it for the perfect moment.

I'm not listening to a lot of music lately. I just revisited Bruce Springsteen's "The River" and I'm kind of into Bon Iver and Fleet Foxes. But mostly I just run the iPod on shuffle and let it spit string quartets and Delta blues at me according to its whim.

I'm afraid I don't have any AC/DC records, please don't print that, it's very embarrassing...

Andrew Ervin's first book, Extraordinary Renditions: 3 Novellas, will be published next year by Coffee House Press. He has fiction forthcoming in Monkeybicycle and Conjuctions.