America, This Is You 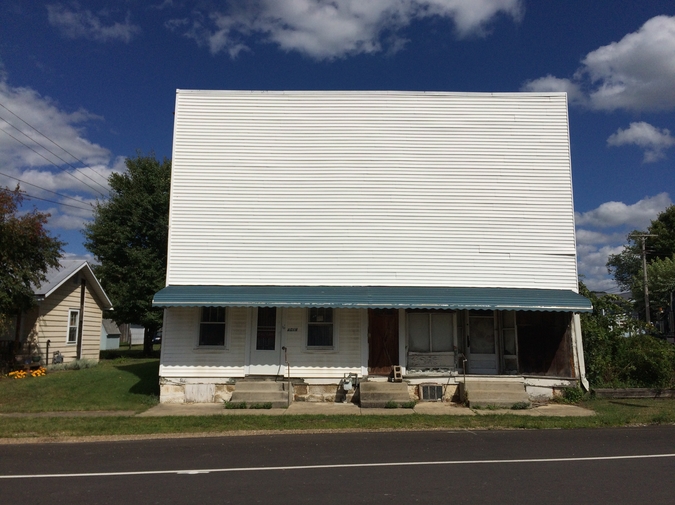 The video opened with Paul standing in the backyard on a step stool, holding a pinata. Tommy, blindfolded, held a wiffle ball bat. He took a swing that hit nothing, then leaned in, waited a second, and smacked the bat into his father’s package. Paul dropped the pinata and fell to his knees off the stepstool, grabbed his crotch with both hands and tumbled to his side. Tommy lifted the blindfold and stared into the camera, his eyes full of contempt and unease. The tape ended just as he began speaking to Dana, who held the camera. Laughter and applause. At that moment, there was no competition, even though everyone was there for the chance of the grand prize. Everyone was together, as one, celebrating the documentation of their own clumsiness.

It wasn’t the same old baseball bat to the junk video. The scene was weeks in the making and planning. Paul hoped the audience saw the subtle pauses, the way Tommy swung the bat, just missing the pinata, and hit him, the way Paul grabbed himself and fell like a Shakespearean tragic hero as opposed to a silent film comedian. They played variations of this home video all the time, but this one was the result of editing, rehearsals, and precise staging. The fluid motions, the panning of the video camera, the facial expressions of the partygoers in the background, and the collective gasp as the bat hit Paul. This was a painstaking choreography of getting whacked in the balls. Within the comedy, when Tommy looked at the camera, Paul hoped the Oedipal undertones were noticed. This wasn’t just slapstick; it was psychoanalysis.

Paul loved his son more than anything. However, he felt guilty because he wished Tommy was still five or six. Little kids with their innocence and missing tooth smiles and obliviousness to the pain and humiliation of being in a funniest home video made the show successful. The impeccably shampooed host would have more fun kneeling down and interviewing a shy little kid instead of a sullen teenager. Paul caught himself mid-thought. That would happen IF they won. Given the time and planning that went into the production, he simply couldn’t imagine otherwise. Even within his mind, crafting this potential scene, having the power to have it end any way his mind could wander, he wanted to be realistic.

As the host walked back to the stage to announce the semi-finalists, Tommy stood up. He looked around the audience with the same pained look he had in the video, and walked to the stage. Dana reached out to grab his hand, but he shook her off. Husbands and wives looked at each other and whispered. Children froze in their seats, wondering if they were allowed to be on the stage, too. This did not happen on television. Every week on TV, the audience sat patiently, waiting, and clapped until the winner was announced. People began calling out to him.

“What do you think you’re doing?”

They waited to see if it was a skit. They looked at Tommy, then back to the host, desperate to see a smile, to hear a quip, to share another laugh before the semi-finalist clips were shown again.

Tommy reached out and took the microphone. The host had never even imagined this scenario; he froze and stared at the teenager. Another audience member, afraid of a potential act of violence, couldn’t take it any longer. A skinny, mustachioed father who, minutes ago, had just been shown getting his pants pulled down by his daughter at a water park, lunged at Tommy, who simply stepped out of the way and let him tumble into the cardboard TV on stage.

“This is all fake,” said Tommy.

He gave an apologetic nod to a cameraman who held up his hands in confusion. What was the protocol? Nobody had ever acknowledged the implied acting within these videos, at least not anybody in the studio audience during filming. Who was this punk kid who held this American institution in contempt? Would families in Lincoln and Des Moines be subject to the truth, an idea that always seemed to hover—not every funniest home video was an act of delightful spontaneity. People didn’t magically have cameras on standby when someone fell into the bathtub or flew off a bicycle.

“No.” Tommy moved into the aisle. None of the technicians thought to cut off his microphone.

“I’m thirteen. You people think I still have birthday parties with pinatas? For god’s sake.”

“Kid, we gotta close this out.” The host's goofy smile turned into a glare at the technicians. He waited for someone to come to his aid, to pull this anarchist out of view. There were no security guards on the set; the ones in the studio lobby didn’t have radios; why would they? This breach in protocol had never come up in staff meetings.

Tommy gazed back up at the hot lights, then into the eyes of this false idol, and shouted.

“We staged the whole thing! My dad had on an athletic cup. My mom held the camera on a tripod, for god’s sake.”

Dana waved to the camera and blushed, her fifteen minutes almost up.

“Tommy…” Paul made one last effort to make him return to his seat.

He dropped the microphone, which let out a blast of static and whines. Paul looked at the host, then at a producer off to the side, who talked into a headset and pointed at him. Was the $10,000 still a possibility? That money, the annual $100,000 grand prize, the fame, the college funds: they dangled on the edge of his mental cliff. A middle aged man stood up and called to the stage:

“Bob, my video wasn’t fake! That moose really did fall into my swimming pool!”

Another voice called out: “Hey, mine too. Why would I fake falling on my tailbone during my own wedding dance?”

A woman in the back jumped up. “Our video was staged! I hit my own son in the face with a volleyball! Don’t look at me like that, you would have done the same!” She began to wail. Everyone in the audience began yelling, shouts and insistences of innocence, confessions of fake videos that had been kept secret for months. The democracy collapsed into chaos. The televised order was no more.

People who had been happy citizens and seatmates minutes before began shoving, accusing, and screaming toward the host, desperate to catch his attention in the throng. The host backed up as the crowd pushed forward, everyone ready to grab his lapels and insist on their innocence or confess their guilt. He yelled something at a stagehand, his voice drowned out by the hysterical audience.

Dads wrapped their jackets around their fists and smashed the cameras. Mothers grabbed the pillows off the fake couch and pulled, ripped, and grabbed, the filling and down from the couch exposed like entrails. The audience members didn’t turn on each other; they moved as one with their own agendas. The host ran through a side door just as the audience filled the stage, screamed their protests, and banged on the plywood walls on the fake living room.

In the middle of the excitement, Tommy slipped out of a side door, which closed with a slam that blocked off the bellows and uproars. He found himself on a dark loading dock. He took off his tie, and stumbled around the corner and into the Los Angeles night, with its palm trees and beautiful people who looked and felt a thousand miles away from the studio audience. There had to be integrity and reality someplace, but he didn’t know how to about finding it. He slipped into a crowd and walked, desperate to blend into the manufactured archipelagos of lights, hopes, and facades.