All My Childhood Heroes Played Ball 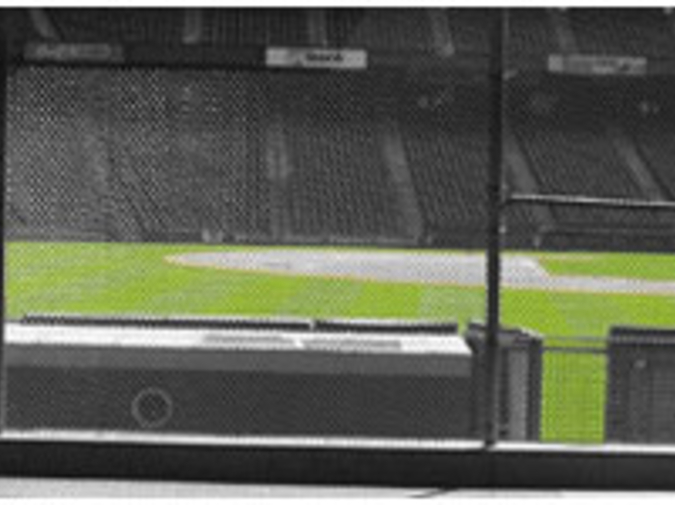 She slurps her cherry cola loudly through her novelty straw and winks at me. I’m just turning eleven. She’s got candy pink lip-gloss on and a touch of blue eye shadow her older sister helped her smear on. She looks like she’s sixteen, but I know she’s the same age as me. When she smiles I see the rubber bands on her braces and think about how glad I am that my parents couldn’t afford orthodontics.

Even though I am a scrawny white kid from suburbia I pretend I am Reggie Jackson. I’m clutching a baseball that’s still sticky from where I left gum on it. I like to wad a pinch of Big League Chew up like real tobacco and stuff it deep back between my cheek and my molar on the left side. I like to spit it like chew, like the ball players do. It’s better than sunflower seeds because the salt in them makes your taste buds explode and go numb after a while or the shells get stuck between your teeth.

My Dodgers cap is faded from playing out in the sun too long. It’s covered in dirt from sliding in the red dust at the little league field. This is what freedom feels like when you are eleven, running as fast as you can, riding your bike, swinging for the fences, breaking the rules. Baseball is simple. Baseball is perfect. It’s the perfect sport, that’s why it’s the all American sport. Baseball makes sense in so many ways. It’s just nine innings long, which means you get nine chances to win the kind of glory that lasts a lifetime. Baseball is where all my heroes come from.

This is 1982. We are living in a modern age. Israel has stopped Iraq from getting the bomb. There is a lot of hope for the future. The Redwings and the Red Sox just last April played the longest baseball game in history. Reagan’s survived being shot by some guy named Hinckley. They shot the Pope last year and the President of Egypt. Seems like everyone is getting shot, but that’s not what’s keeping me up at night. I’m listening to Duran Duran sing Girls On Film and it’s all starting to make sense. I’m changing my sheets more often and having these amazing dreams I can’t even begin to describe. More and more I’m finding they have nothing at all to do with baseball.

My great grandfather Julius takes me to all the games at Dodger stadium. Sometimes he takes me out of school and we go during the middle of the day. One time he let me have a sip of his warm beer during the 4th inning and, all the way home, we laughed about the way the concession stand guy yelled out “HOT NUTS”. Pappy Julius used to play for the Sox after the depression, before he broke his pitching arm and went into concrete mixing. He’s always got the games on the television with the sound off and the radio going.

He tells me how he rode the rails in a boxcar as a teen, running to catch up with the train. He’s full of strange phrases or, as he likes to call it, the Hobo Knowledge. He tells me how he worked all summer to buy his first glove and how much trouble he went to oiling it, wrapping it in a string cocoon with the ball tucked inside to get the shape right while he slept. He tells me about when Castro played ball instead of killed people. He tells me that fruit was like candy back during the depression, that I don’t know how lucky I have it. But he means well, he’s not mean spirited about it.

She giggles at me, Katie, the candy gloss girl, and I feel hot in the face all of a sudden. She’s from a rich family in Westlake. We met at church camp, where she gave me her phone number. When I called her, she said we should meet for a date, but my parents say I’m too young to be dating, so I didn’t tell them about it. My dad says there will be plenty of time for dating girls once I’m in high school. Seems like everything is about waiting to be older when you’re a kid. All I can think is that I hope I don’t run into any of my parent’s friends from church. It’s bad enough that I ditched out on practice, but being publicly humiliated or grounded would be even worse.

It’s a Saturday, my day off from everything, around four. Even though there is still plenty of daylight left, I’m not on the field. I’m sitting across from her not knowing what to say. I can feel the eyes of every adult that passes by us. I’m a wreck, still sweating from hauling ass here on my BMX bike. My Redline with trading cards in the spokes -- not the good ones like Fernando Valenzuela or Willie Stargell, but the doubles, and the guys with weak RBI’s like the Cub’s Ivan DeJesus. My Pappy Julius buys me packs of Topps and I pick up the Fleer cards with my allowance. I spend my nights watching Happy Days reruns or The Muppet Show or Three’s Company. I’m starting to understand the deal with Jack Tripper. You can say that it’s all coming together, which is why I’m ditching practice and standing looking stupidly at Katie’s lip gloss.

Pappy Julius is like a super hero to me. He fought in World War II. He pitched against Jackie Robinson in 1959 during one of the World Series games, a year before he retired from playing ball on account of the accident. He had a picture of himself shaking hands with Dwight Eisenhower dressed in his White Sox uniform and another of him in a business suit with President Richard Nixon, who he calls Tricky Dick with an affectionate smile and a mysterious wink of his eye. He talks about Nixon like some people talk about Santa Claus.

Pappy had a heart attack once while walking home from the grocery, but he thought it was just bad heartburn, so he went back to the store and bought some antacids. He took his time walking back while chewing those chalky mints and clutching his chest. He had to sit down a couple times in the bushes to catch his breath. The next morning when his indigestion still wouldn’t go away dad took him to the hospital. Later that day he had a double bypass.

I’m starting to feel like an idiot staring at her so I sit and she offers me the straw. I take it in my mouth. In my mind I imagine what it will taste like when she kisses me and then the soda hits my lips and squirts out onto my shirt. She giggles as I look up at her while I drink what’s left and the straw makes that funny sucking sound against the ice cubes. Then I laugh because I’m nervous. Then she French’s me, in public, on the mouth, pushing her slippery tongue in between my lips. I close my eyes and time stops.

I spend my free time off the field playing Rubik’s cube, watching MTV, or going over my card collection. At night I dream I’m Luke Skywalker fighting Darth Vader. I dream Pappy Julius is Superman in a Dodger blue uniform with a cape.

The day I had my first real kiss was the day that baseball stopped being the most important thing in my life. That’s when everything changed. That day lead to everything that came after it, the string of pretty girls in high school and college, the strippers and filthy mouthed girls, the quiet church girls with the unresolved issues with their fathers, all of it. Everything gets diluted over time except the memory of that day.

Maybe this isn’t about baseball after all.

That was the day that my father caught me lying, but didn’t punish me. Pappy was sick and had to go to the hospital and dad couldn’t find me anywhere so I never got to say goodbye like I should have. Pappy Julius was my childhood hero and at the funeral I put my Dodger’s cap in the casket with him so he’d know I was always with him when they put him in the earth.

Devan Sagliani holds a Bachelor of Arts in English Literature from the University of California at Los Angeles. His fiction has appeared inWord Riot, Impetus, Thieves Jargon, Outsider Ink, & Thirst For Fire. Last year he was nominated for a Pushcart Prize. Recently his fiction was listed under the Million Writers Award Notable Stories of 2005.

He can be reached by emailing devan@devansagliani.com.