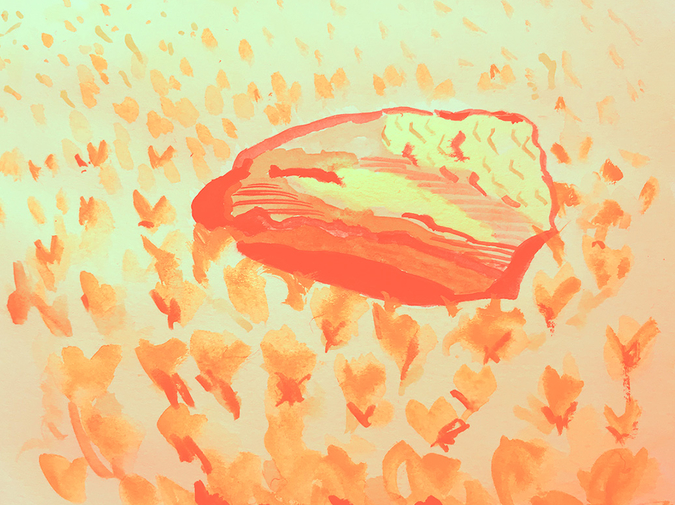 “Your furnace is broken, but look sweetheart –” the repairman says to me in a Boston accent. I’m sitting on the couch under three blankets, wearing the same number of sweaters, trying to distract myself from the cold by counting my toes.

I stretch them up, hold them there, curl them back down...

And meanwhile he’s telling me he’ll come by and fix the old furnace tomorrow as if that’s special, as if that’s a thing that he’ll do just. for. me.

But tonight might be okay, I tell myself after he leaves winking, because I’m reading a novel by Cormac McCarthy anyway and dystopias (I now know) read better when you’re at the cusp of living them. When you’re breathing clouds into a dead quiet living room with your only company a dog, while outside the steel sky is darkening into another snowy night.

I know how to embrace the endless cold because I’ve been here before. The apartment I had while teaching English in South Korea was a 12-month rental that should have stated on the lease, in Hangul: “FREEZING FOR FIVE.”

During those months, I panicked almost daily; I thought I’d never be warm again. Thus, once a month, per my request, the building’s repairman stomped through my door dressed in dark blue canvas coveralls, skipping the bowing and the taking off of shoes because he was not impressed with my American expectations of heat.

(My American expectations of heat didn’t equal a lukewarm, electric-heated vinyl floor as the only source of temperature control; they didn’t equal having to first thaw my hands over the gas stove before being able to grip a pen.)

He’d tinker around in the back closet for a few minutes and then return, shrug, and say: “Heat? Now? It’s cold outside. You’re crazy.” And then he was gone.

I felt sorry for myself and considered extending a weeklong holiday to Thailand for, well, forever until one day, while on a visit in March to a bitterly cold Beijing, I shivered in my hostel bunk, imagining what it’d be like to live a whole life accepting that heat is a bowl of soup, or a cup of Hojicha.

I realized that I really was being unreasonable. Spoiled. Ungrateful. Awful.

Because even now, in my apartment in Boston, I notice that the dog has not slept so well in months, his nose tucked underneath his tail (his version of heat), his stomach moving up and down with

I develop a new awareness of my surroundings. The living room has taken on a sinister feel. As the pages of my book and the red mitten I’m turning them with lose focus, I narrow my eyes and like that I’m envisioning campfires fed with garbage, old tires, any dry wood that can be found.

Even the Christmas tree pushed up against the bay window now stirs something primal within me. Just a few days ago, when the furnace still pumped out enough heat to keep a room full of people happy and sluggish, it was a mere decoration, an object.

But now the apocalypse has come and here I am—a survivor, a fighter—desperately trying to avoid eye contact with a circle of dangerous, hungry men, and I suddenly feel grateful for the molting tree, which I may have to sacrifice later if my repairman hero from Dorchester does not return.

Because let’s face it, boiled tea does not meet my privileged standards for heat.

And amongst the roaring fire I’ll glimpse the pretty, round silver ornaments melting off of the burning branches and onto on the hardwood floor along with my memories of the way things once were when it was warm.

Paige Towers is a creative and freelance writer who earned a BA from the University of Iowa and an MFA from Emerson College. She recently finished a memoir-in-essays about sound. Her writing has appeared in The Washington Post, The Guardian, McSweeney’s, The Harvard Review, North American Review and many other publications. She’s also the former Senior Editor of TRUE, a weekly publication from Proximity Magazine. Paige currently lives in Milwaukee.