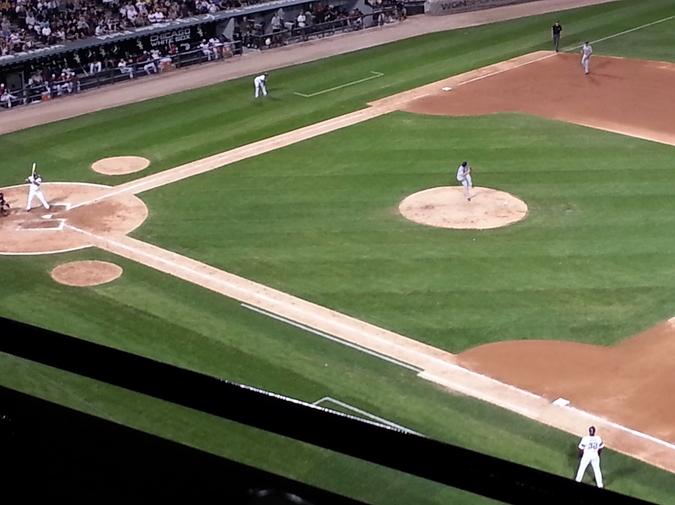 Throw a no hitter, three walks or less.

Throw a no hitter through seven.

Throw a two-hitter into the fifth.

Make it out of three in one piece.

Listen to your catcher, he’ll talk you down from most any ledge. Unless he wants you out as much as the next guy, in which case it really is time to go. Thank your catcher for his honesty.

Forget about that inning you saw every batter once, the 4-5-6 guys twice, the other team licking their chops like barracudas, like stirred-up rattlers, like spoiled, sinister lap dogs named Candi and Mitzi and Kirby Puckett. Forget about it enough that you can sleep tonight without tossing like a boxer getting bounced around the ropes, a guy more down than up.

You are up. Visualize how up you are.

Throw a ball he could hit, but doesn’t. Relish the sound of the whiff, the humph of an ump making his strike noise, the polite clap from the wives’ section.

Throw one hundred miles per hour, fastballs so fast the shortstop slaps you on the ass at the end of the inning.

Throw sixty-five miles per hour, but put some knuckle on it, flatten the ball so it loops like a drunk and flying squirrel. You too will be confused by its trajectory, but act like you aren’t. Acting is half of everything.

Buy your catcher all the beers. Buy him all the burgers, add cheese and guacamole. Pay for the dirty channel in his hotel. That guy’s giving up his knees for you.

Never, ever say your wing hurts.

Don’t wince and rub your shoulder. Don’t grimace and massage your elbow. Don’t frown and press your thumb between the bones of your hand. When you’re on the mound, don’t make any faces at all, and don’t ever fucking touch your wing.

Get promised a starting spot on the five-man rotation, or on AAA’s list, even on double’s. Fuck, take a spot on the single-A affiliate, a little team in Idaho that’s mostly just boys too young to drink, which makes them drink harder.

Don’t show your disappointment when you’re sent to the pen. There’s worse things than relief.

Find a spot where you’re not sitting in anybody else’s spot, where you can hear the other guys well enough to answer their questions, even the ones they ask when they’re not looking at you, even the ones that sound snide or sarcastic. This, too, is a ritual.

Wake up early at the cheap hotel, shower, look at yourself standing naked in the bathroom mirror. Repeat: I’m a pitcher. I’m a pitcher. I am a pitcher. Then suit up, go to the ballpark, and spend the day waiting for the chance to prove it’s true.

Emily Nemens's fiction has appeared in Esquire and The Gettysburg Review (a 2015 Pushcart "Special Mention"), and she is at work on a novel about spring training baseball in the Cactus League. By day she edits prose for The Southern Review and by night she writes under a poster of Ken Griffey Jr.