From HI-fi to Spotify: A mixed tape for my daughter 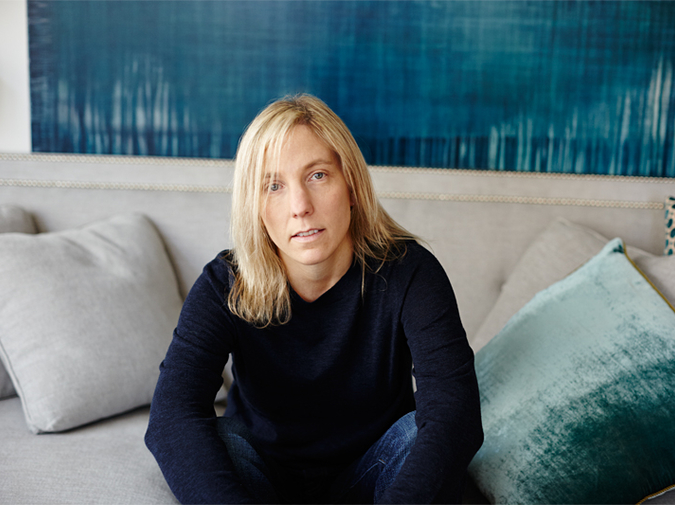 Songs for Two Fish, Driving Tunes ‘89, Letters Never Sent, You & Me & Summer. These are some of the mix tapes I made. If we were friends between 1985-1998, chances are you have a tape from me. And chances are, I put a great deal of thought into the songs, the order, the deep messages each song contained either blatant or (at least in my young adult mind) covert. I conveyed crushes, tried to heal hearts bruised by one-sided loves, made double-length mixes for cross-country drives, tapes themed for seasons, for birthdays, for private jokes. The last mix tape I made was for my now-husband. And I want to make one today, but it feels more complicated making a mix for my struggling daughter.

Now my mixes are in an old cassette case (yes, they made special luggage for tapes) that has survived international moves and years of dank basements so the zippers are rusted shut. But inside, there are time travel portholes capable of bringing me back to my first love (who broke my heart), the friend I thought I’d have forever (I didn’t), and moments that didn’t feel special at the time but are now in memory—the ones traded with high school BFF Taylor who is still one of my closest today. The ones Jen and I exchanged back and forth back when getting a song on tape often meant crouching by a boom box waiting until the alternative radio station played the tune we wanted - needed - to give to the other person and immediately pressing the record button to capture it. And we were captured - in the songs, in the moment, in the memories forming as we listened through our heartaches or hope. The same hope I found so easy to hand out back then is what’s holding me back now—I wonder if I can still capture it.

There was nothing like making a tape for someone. I would line up albums on my floor, add in cassettes, change the order, try to think of exactly what I was trying to get across with the 90-minute compilation. Was I trying to make someone feel better? Trying to become closer? Trying to showcase a vast knowledge of folk to indie to New Wave? Admitting I liked someone (but only subtly enough that I could claim the songs were “just good songs” if the feelings weren’t mutual)? Mix tapes were plagiarized feelings, a complete mini-soundtrack to the movie in my head - a love letter, an apology, a calling card all in one. They were pieces of me or what I could not say in my own words.

Today the question plagues me: if I was so good at making mix tapes for so many years, if my first published novel was told in stories centered around mix tapes—why am I having so much trouble making one now?

Of course, it’s not a tape. It’s a playlist.

So there’s no side A ramping up into the tender close of the first side - soft enough for an ending but not full closure so the listener knew there was more to come on Side B. And with the playlist there’s no guarantee of order – I made a playlist for someone recently and spent time dragging and dropping songs for a better order, only to have them tell me they never listen in order, only on shuffle. Chaos in the mix tape world! But the modernization of the mix into playlist via streaming service is not the issue here.

I remember when a boy I liked - or thought I liked - left a mix in my mailbox. Did my heart race as I hustled home to listen? I held that plastic case like it was a treasure box, with my romantic future contained inside it, determined not to look at the song list but instead to just listen as though this boy were sitting across from me at a cool cafe, pouring his heart out... Def Leppard? His music choice wasn’t so much as scattered as just... bad. Or at any rate, not for me. And if this was supposed to be a tape for me, where was I in there? And if it was a tape to tell me about him, I wasn’t sure I liked the person I was hearing.

But what if all of it is wrong?

What if someone - say present day me - makes a mix, hesitates over this Julianna Hatfield song or this Nina Simone, that Dire Straits or this Pixies or Stevie Wonder or The Jam only to be told you don’t like The Smiths and don’t need Joan Armatrading in your life? It feels weightier, more complicated trying to make a mix for is my daughter. Because she’s the person I want most in the world to like me.

Of course, this was and is the downfall of the mix, thinking that with just the perfect song you could sway someone’s emotions, get them to realize they liked you all along like Semisonic’s line in Singing in My Sleep “Got your tape and it changed my mind.” But this illusion is part of the allure of crafting the compilation, feeling like there are parts of you - songs you know - that might reveal a greater truth to the person receiving the mix.

My daughter’s 16th year crumbled her sense of self, rattled her personal safety, and left her devastated. Not just COVID isolation, though that’s part of it. She’s plagued with personal physical and mental struggles following trauma. It’s been a long haul. She has a support team, myself included, and I have hope for her resilient nature and eventual recovery. And she loves music. So part of me wants to have the mix be happy tunes. But if I’d been given that when I was recovering from my lowest point, I would have felt dismissed. And I want her to feel heard. To be seen by me, the one who helped bring her into the world with all its music and horror and love and cruelty and wonder.

So every time I go to add a song on Spotify, my fingers pause. Is this Smiths song really about suicide? I’d forgotten that. I quickly delete it.  Is this Kate Bush song cool or only dated now? If I add Phoebe Bridgers will my daughter remember I played her Emotional Motion Sickness right when it was released or think I only just discovered the coolness of Phoebe now that she’s on SNL? Am I really worried about appearing like a wannabe with my daughter as the judge?

Well, yes. I don’t need her to think I’m cool. Because I’m 48 and not. And I don’t need her to validate my music taste. So far the mix has 35 songs and zero direction. There’s no flow. No theme. There are multiple Aimee Mann songs and not enough of the songs my daughter and I used to harmonize together. But that’s the thing - if I reference our past - our together pasts - will she feel slighted? Is it best to not include the Squeeze song I sang to her every night as I tucked her in? I could imagine that stirring up sadness; she is not that girl anymore though the memories remain. But I could also see that maybe it feels nice to remember those cozy, simpler times, the way she recently asked me to re-watch Gilmore Girls with her as though she’s wondering if it’s possible to hang onto that gentle, curious younger self, even now in the often painful world.

Here’s the thing about choosing songs to give as gifts to people: it starts off being about them but really, it’s about you. So perhaps the reason my 35-song-long playlist is directionless and incomplete is because this is a time when I am reconsidering who I am; my role as the mother of four young adults, a spouse, a daughter of aging parents (rapidly so during this past year), my role as friend. My role as my daughter’s mother when I am firsthand witness to her pain.

My daughter who is brilliant and kind and funny and quirky and healing and learning about herself, how to take care of her body and her mind. Last night she baked banana bread to give to friends she’s seen only at a distance for eleven months and while she mashed and stirred, she blasted music - everything from Motown to, in her words, cheesy 90s rom-com songs.

She is a mix herself. And I hope she will share songs with me as she grows up. After a recent argument I said, “I cannot make you want to be close to me now or when you’re older. I hope you choose this. But you can’t make me not want to be close to you - we both get to decide.” And that’s the real goal of the mixes, I think, to make a gift for someone that resonates so much, on such a pure emotional level, that somehow each person understands the other just a little better after listening.

So I will keep adding songs. And keep offering help and support even if this is just sitting in silence in the car as she talks or doesn’t talk or reads a text exchange aloud or tells me I’m wrong about my views on politics or art or what certain song lyrics mean. I will share this playlist with her and explain that it’s just a bunch of songs I thought she might like. Or it’s two playlists - one with memories of what came before and one I’m still adding to, of what might be possible in the future. And though I wish I fix everything, I know there isn’t one song I could choose that would make her feel whole – she is healing herself. And I know—despite hours of considering and looking and remembering— that there isn’t a song that would convey – could not possibly convey— my admiration, my joy, my worry, and my deep, true, no-matter-what love for her. That is a song I will keep writing to her for the rest of my life.

Emily Franklin's work has appeared in the New York Times, Guernica, New Ohio Review, Cincinnati Review, Blackbird, Epoch, The Rumpus, DIAGRAM, and Cimarron Review among other places as well as featured on National Public Radio, Long-listed for the London Sunday Times Short Story Award, and named notable by the Association of Jewish Libraries. Her debut poetry collection Tell Me How You Got Here was published by Terrapin Books in 2021.