A Beautiful Woman of the World 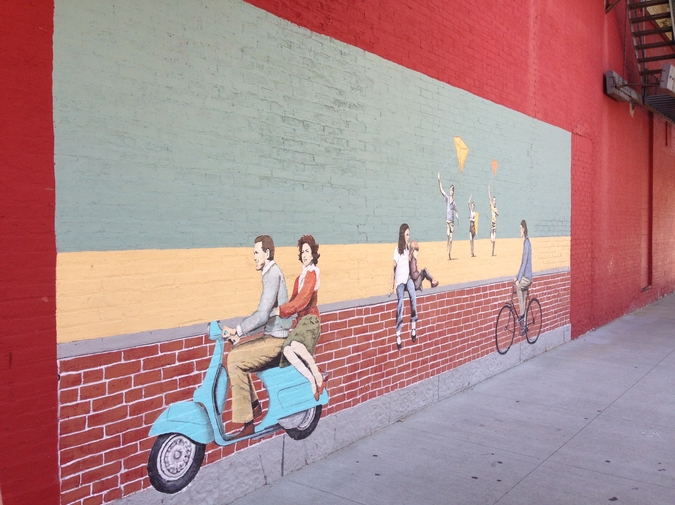 I sat in my chair and stared at her. Tracey stared back, trying to look older. With a scowl, she could pass for thirty. “It’s marijuana, isn’t it?” she said, stepping into the room Dad was letting me use, carrying my other set of clothes—now washed and folded. “You’ve been smoking marijuana.”

“Would it be a problem?”

“Listen to you,” she laughed. “You think you’re real cool, don’t you?”

“You think you’re one of those hippies or something, living out in California.”

“Perfect. Keep talking.” She walked over and sat on the bed, placing my clothes beside my duffle bag. You never know when you will have to leave. “I wasn’t supposed to be here today.”

“I turned down the White House.”

“Your father was supposed to take me out,” she said, glancing first at the ceiling, then at me. “Lunch. With candles and everything, and maybe a walk in the park.”

“We were supposed to have a romantic lunch, like we used to. I even bought a dress for it, to surprise him. Ninety-two dollars at Baldwin’s. You should see it.”

Lunch was her idea. Tracey drove the Mustang my father gave her, the top down, squealing at lights because she couldn’t handle the clutch. We lurched on, people turning to watch. My friend Bebo would say, You white folks is crazy. She parallel parked, wearing that dress in a red convertible, sweat beading on her forehead. Someone whistled.

“This is nice,” Tracey told me; we were at the table. “I love this place. It makes me forget I’m in Clarksville. It makes me feel like a movie star.”

“Is that what you wanted to be?”

“Here’s to you,” I said, lifting my water glass. We clinked our glasses together, the only sound in the whole restaurant; Tracey blushed.

After lunch, we stepped out and squinted; it was two in the afternoon. Tracey checked herself in front of a window, leaning close and running a finger around her lips, then stood up straight and smoothed her dress.

“I paid too much for this, didn’t I? Ninety-two dollars is way too much. Your father would kill me.”

“Let him kill you. You only live once.”

“You’re horrible, Zeke,” she told her reflection. “Hey,” she said, turning to me, “let’s go to the park. I want my whole date. I deserve it.”

“I want to be romanced, like a woman of the world.”

“You got it,” I said, offering my arm. Elbows linked, we headed down the sidewalk away from the Mustang and the restaurant, banners from the bicentennial still flapping away on streetlights, weeks after the fact. We turned right on Turner and walked toward the park; you could see the sun on the river, hear the kids on the swings. Tracey stopped.

“I told your father I would call him. I forgot.”

“We could find a pay phone.”

“Well, we could,” she said, rolling her eyes. “But what would I tell him?”

“Tell him you took yourself out ‘cause he’s such a wuss. Tell him you’re a beautiful woman of the world.”

“Of course you do. But what would I tell your father?”

Tracey laughed. “Come on,” she said, bending over to take off her heels. “Don’t just stand there with your mouth hanging open.”

We ended up on a bench near the river. I found an old sandwich in the trashcan and tore it apart, throwing it to the pigeons. Tracey screamed every time one flew close, a laughing scream.

R. Dale Smith is a writer and performer who tours nationally with the one-man show Jesus Phreak.  His work has most recently appeared in Washington Square Review and Atticus Review.