7 reasons I have not gotten my IUD replaced 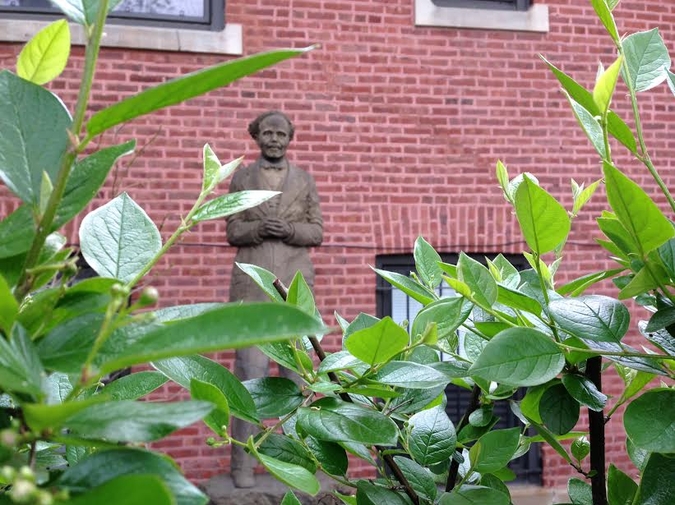 “The first was that I was very busy…”
-Marie Howe

The first was bad timing—implanted in March 2015, the device expired the month five years later when clinics shuttered and elective meant no.

The second was no insurance once they opened—a dentist appointment postponed too, the list growing like weeds in the cracks between jobs.

The third was I needed someone to go with. Trauma-informed care means you can request a clinician to hold your hand, but some places are uninformed. Or very busy.

The fourth was who did not come with me last time. Junior year of college, he touched the scab on the crease of my mouth where concealer failed me. I get these in the winter too, he said, and then, I have a cream.

But then, weeks later—he pulls out and there is blood. I’d gotten the insertion a few days before, mentioned in passing as if it were an item from the grocery store and not a freeway blurring on the way home. The nurse said there might be spotting, I tell him. And? he says, in a tone that makes me go silent.

The fifth was that I feel faint at the memory. Cannot even watch Kathryn Hahn’s face in Private Life as she feels the cold tip of the speculum.

The second is no timing—now studies say it lasts seven years, which means I have one still to go. The five-year rule was just to serve Mirena’s bottom line. But those studies were on women older than twenty-five at the time of insertion. And women who had already been pregnant. If you were twenty-one and not so much as an aunt, you should stick to the five-year advice. Not everything has been studied.

The third is bad insurance—vague about preventative care. What you want prevented, can you want it sometimes, in the moment between waking and remembering the world?

The sixth is I like having it in. Don’t miss periods, mark the passage of time in other ways, choose my own punctuation. Like to say I’m covered, like to say Don’t worry. Like to not worry. Like to pay my own way. Like to carry Roe with me, just in case.

The seventh is the opposite, which is deference, which is passivity. Which, held at arm’s length, is surrender to what has already been written, which, turned to catch the light, is poetry, which means there is a logic I need not spell out.

Grace Kearney is a writer and adjunct lecturer currently pursuing an MFA in Creative Nonfiction at the City College of New York. Her essays have appeared in The Baltimore Sun, The Other Journal, Matador Review, and various scientific journals. She lives in Brooklyn.