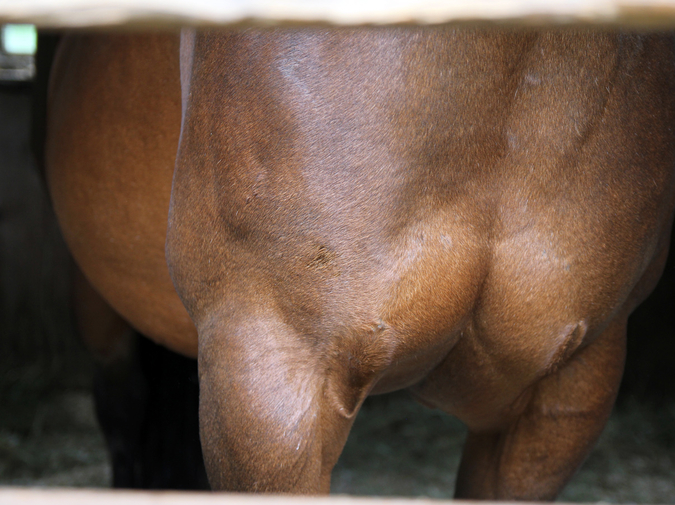 is windowless. He asks me to undress—You can wear this. He places a large white bird wing in my lap. It’s winter. I’m holding gloves. Then he’s back and I’m lying on the blue table, my mother in the waiting room flipping between fashion models. The doctor swivels toward me in a chair—I know he does it for effect. He lifts the wing and coughs. Like a jaguar. His blue body and white hands—I feel him moving: outside of me, then inside. Gripping. The feeling of twenty lit sparklers being inserted. Don’t tense up, he says. His mouth clicks locusts. I look away at the ladder bones. Of the skeleton in the corner. Don’t worry, he says to himself. I’m just investigating. Almost done probing. I don’t understand— Disappears again between my legs. At the door, snaps his fingers for my mother. Points where I cannot see under the wing. My mother’s face the same expression. As when I caught her eating sugar with a spoon. Out of a jar before my youngest sister was born. What’s that, he says. It’s not. A question. The hollow sound stays in the room. He looks at my mother with a red face. That’s a penis, says his mouth. My mother shuffles her feet sideways the way she does. When she’s trying not to show anger. Her face tightens. I brought my daughter in for check-up only. Check-up. No check-down. You brought her in—you should consider renaming it. Amputating. It might not even hurt—it’s not like it’s hers. I can’t believe it’s connected. That’s a penis! He tears the wing over my head. You should consider getting dressed. His hands albino bats with no place to land. I almost feel bad for them.

I’m eye to eye with the one who holds its fur as if fur
were a baby or ripe fruit. I’m shoved to the floor
by a boy. His bare hands give him right

of way. Get out of the way will become a life
lesson. I pull gum off cement swirls and suck. My mother never
buys gum, says it’s throwing dollars in a dumpster

and my teeth too, the good teeth I’ve been given.
But the zoo is a priority. My mother loves the bamboo
section, which used to house the lions but now’s a wing

so that I imagined she played hide-and-seek
behind bamboo as a child while in fact she grew
behind a glass apartment complex in Delhi.

The boy who pushed me pounds the glass, bares
his teeth. Sac of loose flesh and fur round the animal’s neck—
it could hold such secrets. I want to reach inside

its mouth. Behind the gorilla parade more,
a muralful. The animal pulls its fur. The boy leans
his bones against glass, pulls his grandfather’s sleeve

until a wrinkled hand disappears. The boy screeches,
“Look at it! Look-it!” His lungs claw air.
“It—It—It—It—It!”

Up to my throat, I know any movement
will reach back as caress, even
twist of predator. I can’t see myself reflected
when I’m in it. Catfish in murk,
collecting all the nickels. I’m feeling lucky.
The glory of in and gone—at once.
There’s another reality and then there’s this.
I sink my ears to hear the     sound.

Climb metal out of water and my skin
drenches off. The lifeguard eyes me
instead of the blue body full of flailing.
I count towels on chairs,
feel like a wild, a clash
against the tiles. Latex
binds my skin and that self-conscious bulge
like a brain a two-piece suit cannot
hide. I’ve chosen the darkest color.
My sisters, in red and yellow, practice
diving. I practice holding my breath.
My mother sighs, So carefree, her eyes brooding
hooks in the water.

A patter of feet behind. The boy peels my
bottom and dives. Each wall echoes
his yell. Rush of air on my exposed. In my most
recurring nightmare. I have gills.
Am suffocating. I want the ease
of breath. A whistle cuts the air and a stampede
emerges on pool’s edge. I dive into
the water’s part and close, no evidence
that there was such a thing.

Take me the way of ivy, of muscle folding
around more muscle—the lung of a sparrow
wrestling inside its walls. Water is one body
when it rains around you, another as it dots
a river’s flowing: downstream and concentric
at once. Where is our edge? At what point
does the joint bone and muscle of a hand
reaching for another waver in its longing?
A dead whale’s body falls for decades
before reaching the ocean floor. Whole colonies
feed on this descent, sculpting a sharper outline,
separating marrow from bone, an elegy
unto itself. Bone boring its way through water,
history gaining transparency at the point
of disintegration. No juncture by juncture there,
no edge, only a carcass dropping through shadows
like strata and a body that sediments to feed
the lower depths. To press your hand against
another requires falling, when wanting
is a whirl around you, the silence after you call
in a dark wood, or, in the ocean, with grace,
your mouth open and your eyes closed.

Mandy Gutmann-Gonzalez is from Vilches, Chile and holds an MFA from Cornell University. In 2010 she attended the Bucknell Writing Seminar for Younger Poets and in 2013, the Lambda Writers Retreat for Emerging LBGT Voices.