30 Short Reviews of "The Director," a Joke By Me In the Current Issue of Hobart (Issue 15) 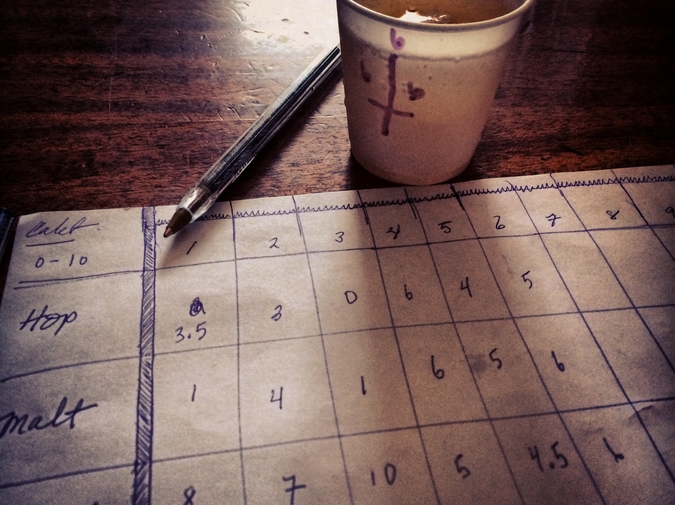 Today we've got... well, basically exactly what the title says it is.

I couldn't have said it any better myself. Well, maybe a little better.
- A D Jameson

Like much acclaimed contemporary work today, this is a joke I don’t quite get. Nonetheless, I am frequently drawn to literature that makes use of ‘the double’ and this joke is no exception. (Or, at the very least, this exception is no joke.)
- Jacob Wren

I got thirsty.
- Cassandra Gillig

Nothing is forever
- Patrick Trotti

This is more or less the best joke I've ever read. It's pretty good.
- Natalia Holtzman

was i supposed to laugh or giggle?
- Trixie LoMein

Thomas's "The Director" is a reminder that the surface is both the gloss over the world and the world itself. The unexpected turn of the last line, itself mimetic of a referentless tumble of experiences, does not disappoint, but neither does it satisfy. But only because nothing ever does.
- Emily M. Keeler

Oof. Even in jokes is Jim Morrison a disappointment. Plus: nice BEST IN SHOW ripoff.
- Dave Madden

A+++, five stars, would buy again, but could do with two more 'fuck its.'
- Benjamin Voigt

We've all been there.
- Cian Cruise

The word "dendritically" makes me think of Wilson Alwyn "Snowflake" Bentley, and then I feel happy. I like this joke, but I would like it more if it ended after the italicized part. But then it wouldn't be a joke.
- Eric Foley

I love the Shakespeare reference. Thank you.
- Christopher McCarter

yeats sez: snap it shut like a box: & this one does: dendritis mental: the reader: taken in: repeats: is key:
of b(l)inding windows: how: a clarion eye-roam: done in: oh: is gusted: down: by: plucked chicken: green
- Abraham Smith

I only had to open my dictionary once.
- Kaylyn Fox

I don't like people who are obsessed with the doors.
- Rachel Pattycake Bell

Stephen Thomas makes my own thinking about the world look sort of pale and sickly, lame.
- Chris R. Graham

Basically, it's like, there's a gourmet restaurant in that hotel. And it's $$$ but that $$$ is all free.
- Shaelyn Smith

I think I get the last line because it makes me laugh, but I'll never know for sure. Stephen Thomas doesn't write jokes, he writes mysteries!
- Meghan Plummer

Steve, what the fuck does dendritically mean?
- Brandi Wells

im alone in a guesthouse in asahikawa, japan drinking suntory "the premium malt(s)" and sometimes it is snowing but not always and i saw this cross country skier pass me down by the river and he skied v slow and skiing slow seems like a good thing to do
- Oliver Mol

Stephen Thomas lives in Tuscaloosa. His website is thestephenthomas.info.