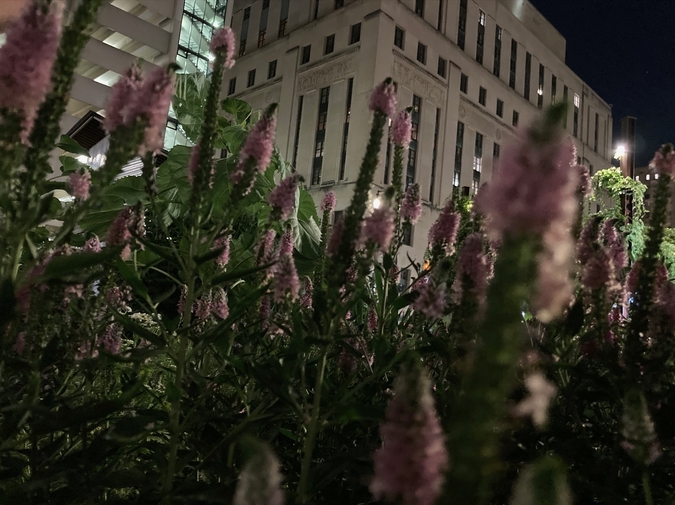 Before the landline was obsolete, Nathan and I lived for late night 272-DATE commercials, our city’s own hotline of lust. You had to be 18 or older to call and of course we weren’t, yet I knew to make my voice husky, to claim my name was Veronica, while Nathan knew to call it a cock:

It was 1998 when Nathan’s family transferred to North Carolina from Chicago, and at just 16, Nathan was the most interesting thing to have happened to Greensboro and certainly to my life. Flamboyant and 6-foot-4, he was our town’s own Ziggy Stardust, a juvenile headturner, Judy Garland trapped in a teen boy façade. Limbs. Legs. Drama and anger. Nathan had all of it. And that made him dangerous.

I gravitated toward him immediately. He sauntered into remedial geometry — a place I regularly held court as official class clown — and soon we were unstoppable, eyeing each other across the room, daring the other to be the first to raise the ire of poor Mrs. Henley. We weren’t afraid to cross the line. In fact, we wanted it, nicotine-bad; we needed trouble like we needed radio, MTV, and sometimes VH1.

“Are you gay?” I remember asking him, one of our earliest conversations.

I’d found him eating lunch alone in the school library, something I thought only happened in movies. Nathan stopped chewing to register the bluntness of the question, which wasn’t meant to be rude, but just to affirm what I instinctively knew: That we were meant to be together. Our school had a handful of students rumored to be gay just like there was a handful of kids with lifestyles that didn’t align with the nouveau-riche Southern white standards that governed our high school and the town. And with my Manic Panic’ed hair, cat collar choker, and steel-toed combat boots, I was one of them.

Nathan blinked up at me, a twinge of fear in his eyes. Even after our geometry hijinks, he still wasn’t sure he could trust me.

I didn’t even have to say it, but Nathan silently re-packed his lunch in its brown paper sack, gathered his schoolbooks and papers in one swipe, and we blazed out of that library forever.

Together, we manned the frontline of daily harassment from redneck boys who hunted deer and fished big bass and drove monster trucks emblazoned with Confederate flag decals. They called Nathan faggot, which was much angrier and scarier than freak, the name their crispy tanning bed girlfriends dubbed me. We raged back however we could. I wrote an exposé for the school paper about how Young Life — the afterschool Christian group they sometimes attended — successfully operated by plying its attendees with alcohol. And once, a kid called Nathan a queer in in the middle of AP English and he picked up a desk and launched it at the chalkboard, shouting, “Who’s the faggot now?”

More than anything we needed an escape and calling 272-DATE had been all my idea.

After my parents’ divorce, I’d moved in with my alcoholic father who let me do anything I wanted because I’d chosen him. I burned with rabid teen sexuality and riot grrl rage — and so did Nathan. Our home lives were stressful. Nathan’s older brother bullied him. His father was an aloof chemist and his mother had a touch of Grey Gardens about her. They’d lived in Pennsylvania when Nathan was very young, and his mother used to fetch him in the middle of the school day and tow him to New York for Broadway plays. We’d both learned everything we knew about life from the stage and from soap operas: All My Children for Nathan and the Young & the Restless for me. We craved glamour, international travel, starter marriages with mustachioed men at the helm of multimillion-dollar conglomerates. But really any life outside of North Carolina would do.

Instead, it was us they reached. We’d created a remote voicemail for Veronica, and the men dialed in droves, leaving us clumsy, country soundbites about the things they’d do to her, wondering how and when they might meet her — they were ready, they assured us — and how her voice sounded sweet as honey and how her pussy must taste that good, too.

We howled with laughter. We sped down Holden Road and passed a bottle of whiskey between Nathan’s mother’s minivan and a random car. We outran rednecks in high-speed chases after “lightly tapping” their trucks in minimart parking lots. We cried and picked fights and went to Myrtle Beach and gossiped about our friends’ dads and our own dads and shoplifted from Banana Republic. We raced home from school and checked the Veronica mailbox, phoning back men at random and, if it all worked out, we’d name a time and a place. It was always nighttime and always the same place: our local Barnes & Noble in the convenient Friendly Center strip mall.

I was the one who handled the men.

Then we’d careen across town again in Nathan’s mother’s minivan, nestle into an inconspicuous parking spot with the best view, and wait.

The men showed up in green, red, blue sweaters. Sometimes there were multiple. We’d light a cigarette and watch our desperate gents anticipate Veronica: gossamer girl of fantasy, paper-thin thongs, shaved completely. We cackled as they checked wristwatch after wristwatch, yearning and sighing with defeat. I remember feeling sad as each one gave up, jingled his keys and walked away into that jungle of never knowing the ruse produced by the punk girl and her gay friend — two Bible Belt misfits wanting only to believe we were wanted.

But Veronica was more than a prank, but a way for us to interact with men from a distance — to use them to figure out who they were, to figure out who we were. And while we never meant these men any harm, we took cruel thrill in their suffering because we recognized our own suffering in theirs. We knew our parents’ dissatisfaction over failed health and failing careers and perpetually failing marriages. But in these strangers, we saw more. Boredom. Loneliness. The drone of a small town, where nothing was really that bad, just simply not enough.

So, we kept pretending to be Veronica until it became routine, this thing we just did, in varying degrees of investment, until one Saturday afternoon Nathan’s mother’s screams pierced the fragile Southern bubble that cloaked our town. The news soon reached Nathan and me, asleep upstairs: Someone had thrown a brick through the back window of Nathan’s mother’s minivan with a note that read, simply, Where’s Veronica?

Veronica? Never heard of her, we swore.

I don’t remember specifics, but a few weeks after the incident Nathan confessed to me that he’d been secretly calling 272-DATE on his own, and that maybe he’d gone too far, gotten too careless. I’d never felt tempted to call without Nathan, and it occurred to me then that maybe he’d needed Veronica more, that she’d been his true shield, an outlet to explore his burgeoning sexuality safely — or so we’d thought.

We laughed it off, but the brick spooked us, confirming our worst fears about men: Their desire would consume us. After that, we never called back and nothing more came of it. Like those men, we could do nothing but let Veronica go — bury her in the graveyard of teenage memory, of climbed fences and nightswimming in neighbors’ pools, of cigarettes and wine coolers, of summer nights vowing to escape those men and their Barnes & Noble fates, watching their taillights flare like sparks and disappear in the distance.

Sarah Sweeney is the author of the essay collection TELL ME IF YOU'RE LYING from Barrelhouse Books. Her work has appeared in Roxane Gay's Gay magazine, the Washington Post, Salon, Catapult, Munchies, the Rumpus, and others. She just finished a new collection about men, love, and Patrick Swayze.