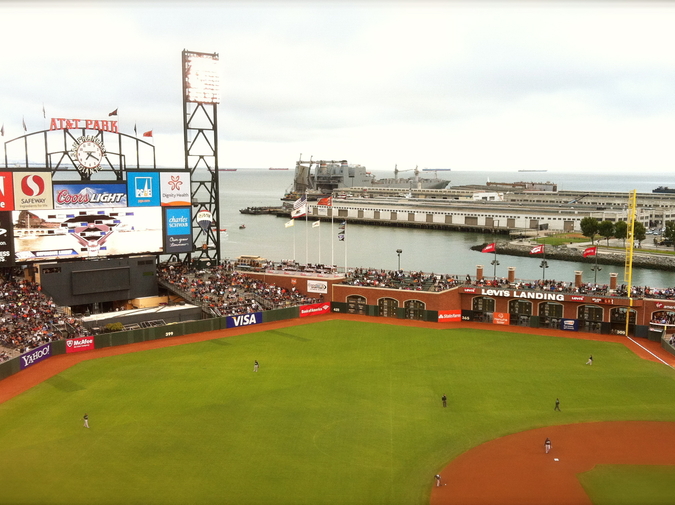 I met the man in control of this vending machine gig for my eight-week review and was told I might get a break down the road. He believed I had the promise and potential to work my way up to safer routes and, after a year maybe, wind up in an office like his: an antique drop ceiling covered in brown water stains, a forty-watt bulb hanging from wire above the desk, cinderblock walls decorated with a candy bar calendar surrounded by snapshots of the man wearing a cheap suit at a snack food convention. It was hot, and it was humid, and it was all there for my promise and potential. He asked how I felt about the idea and I told him the job might call for some Vaseline. Then, in the quiet room, the light bulb swayed between us with an unsteady tremble like a tired ceiling fan running full speed.

Every winter I send a tape recording
to the ballpark and tell myself:
this will be my final go.

A fifty-year-old trying for this gig
twenty years. By now I should be
announcing the lineup, calling the shots
but it's been only decades of temp jobs:
telephones, envelopes, filing cabinets.

Each passing year my fight for
a toehold grows more and more
like a catcher's mitt after a doubleheader.

Without doubt they laugh
as they listen to my voice on tape
I can't pronounce Villavicencio,
the beaming star of minor league baseball,
or maybe they laugh at that time
I made a mistake mailing them a blank cassette.

My temp agent called the other day with
a new assignment, telling me
to have a clean and pressed suit for the job.
I'm not sure why I bothered with the drycleaners.
It's not like I've ever had the chance to make the run
to steal and slide into second base.

J. Scott Bugher is a writer, editor and session musician. His writing has appeared in the Baltimore Review, Atticus Review, Literary Orphans and elsewhere. He is the founder of Split Lip Magazine, an online literature & arts journal, and his credits in the music industry range from garage bands through Grammy winners. Find him at www.jscottbugher.com.