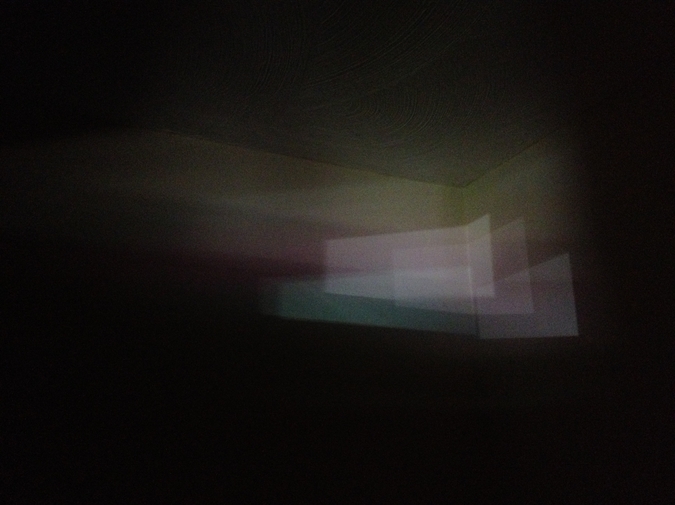 THE SKULL OF A UNICORN

Did you hear about how the word “might”
became the single, greatest word
in the English Language?
It happened about fifteen seconds ago.

Might. Such a beautiful ambiguity.
The way it leaves the door open—just a smidge.
No one gets excluded.
It welcomes us all into its home: doubters,
cynics, and those who just crave
the relentless possibility
that there is something enchanted,
however tenuous, however unlikely,
buried in this land. Between
the Taco Bells and tension wires and windswept parking lots.
There is something good to be found.
It says, Come on in. Have a seat next to me.
Drink from my cup.  Here.
Anything might happen.

If you went to see the Jesus Lizard, circa 1996,
looking at the stage, you likely you only "saw"
three quarters of the band:
the drummer, guitar player and bassist—
as they conjured up a sound
bigger and more unstoppable
than an eighteen-wheeled semi
carrying 10,000 cases of Budweiser,
as those three musicians tried
to swerve that machine,
straight through your skull.
The singer, David Yow—the one you didn't see
because he was almost never on the stage—
dove from a set of speakers
like a man from a hull of a sinking ship
into the audience, as if the audience
was an ocean wave,
a wave that would toss him like an abandoned life raft,
until he sank to the ocean floor
and crawled
like a red king crab across its cloudy and infinite surface,
except the ocean floor was the bourbon
and blood-soaked night club tiles
and there was no such thing as infinity.

Look at that crowd.
Somewhere inside that mass of bodies,
you might see me
and my friend—Evans Tasiopoulos—
wedged inside that wave
of elbows and anger and sweat and bruises
trying not to drown
inside of what might have been a mosh pit
or what might have been a metaphor for our teenage lives.
And if you were there, you would have heard
that man who crawled across the floor,
who sang like a bag of bibles set on fire,
or a car with bad brakes
shrieking before slamming into a telephone pole.
And even if no one could understand a word he was saying,
you heard him, as he wailed like a trapped animal,
or the jaws of the trap as it bites
down on the leg of that animal,
or teeth of the animal itself
as it chews through its own leg
trying to tear itself free.

Matthew Olzmann is the author of a collection of poems, Mezzanines (Alice James Books).  He currently teaches in the undergraduate writing program at Warren Wilson College.  Find him at matthewolzmann.com.